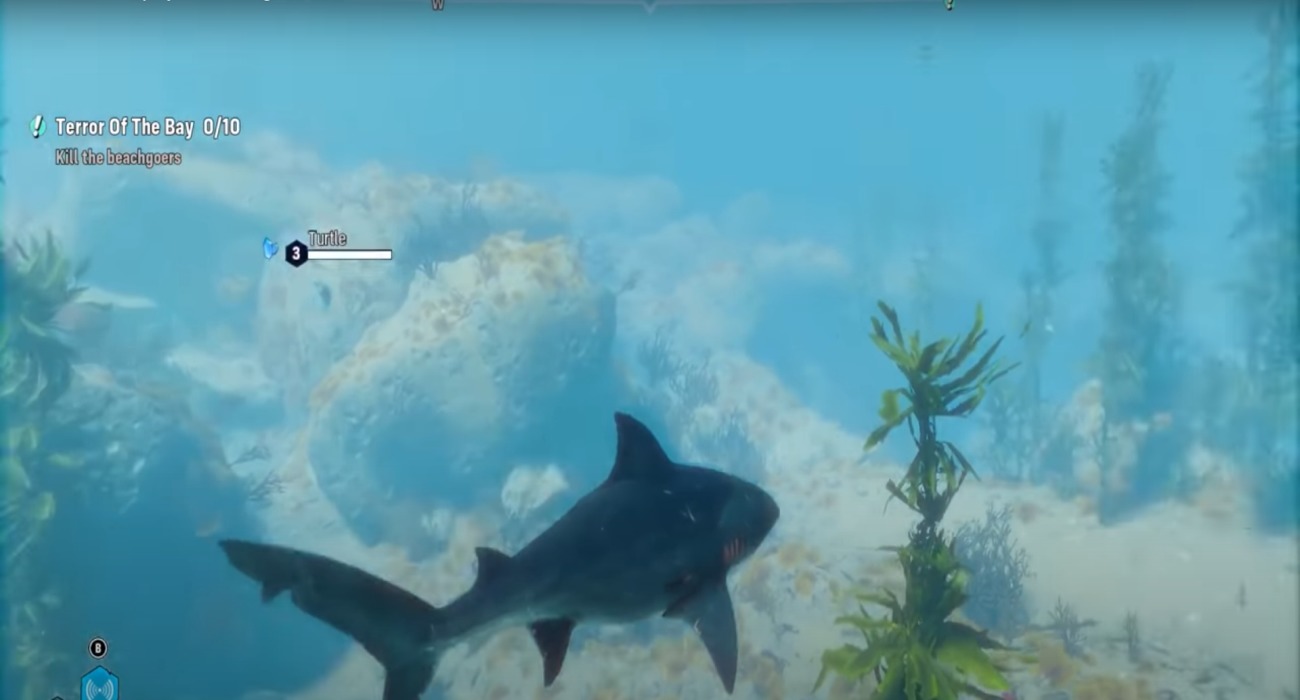 There haven’t been a lot of shark games to really make a splash in the market. Then along came Maneater from Tripwire Interactive. It’s an RPG that lets you — yes you — become an apex predator of the ocean.

That idea alone is worth the price of admission. Who hasn’t wanted to be a shark just for a day, going around causing mass amounts of destruction?

Well Maneater lets you do just that in style. The game has been out for a day, but already, some reviews are trickling in.

So is this shark RPG worth the hype or is it on a sinking trajectory? Let’s find out. Starting off, let’s focus on the gameplay. If you favor simplistic action that is easy to pick up, then Maneater has a lot to offer. You don’t have to mess with overly advanced controls or systems.

You’re just a shark and you’re going to do what sharks do best: Hunt for prey in different environments. There are a lot of marine life you’ll come in contact with throughout your journey as a shark, as well as humans.

The progression system is also pretty nice. You’re rewarded for your hunting prowess. Earn enough rewards and you’ll be able to evolve your shark and enhance its capabilities. That keeps you excited about what’s to come. The ultimate goal is becoming an unstoppable megashark.

In addition to the hunting, there are different areas to explore. You can search for special items and go on side quests. There have been some reviewers commenting on the game’s repetitive nature, but if you can get past the simple controls, Maneater is a lot of fun.

You can tell it’s a game that wasn’t meant to be taken too seriously. Rather, the developer just wants you to have fun and enjoy the essence of being a shark.

Maneater also has a 15-hour story that really hits home if you’ve ever watched an episode of the show The Deadliest Catch. The story is written well and the voice acting is pretty decent.

It’s definitely a good change of pace from the free-roam portion of the game. There are definitely characters you grow attached to by the end.

Is Maneater the perfect action RPG currently available? No, but it gets a lot of things right and is a great experience to check out if you’ve ever wanted to do shark things in epic fashion.

Jan 4, 2021 Jeremy Green 8960
There is just one more day of waiting for PS Plus members looking to pick up some more free games for the month of January. The list was revealed a...

Sep 23, 2020 Jeremy Green 19630
For the longest time, gamers have wanted a shark simulation game. It's not hard to see why. Ever since Jaws, there has been a fascination about these...

May 23, 2020 Jeremy Green 7200
There haven't been a lot of shark games to really make a splash in the market. Then along came Maneater from Tripwire Interactive. It's an RPG that...