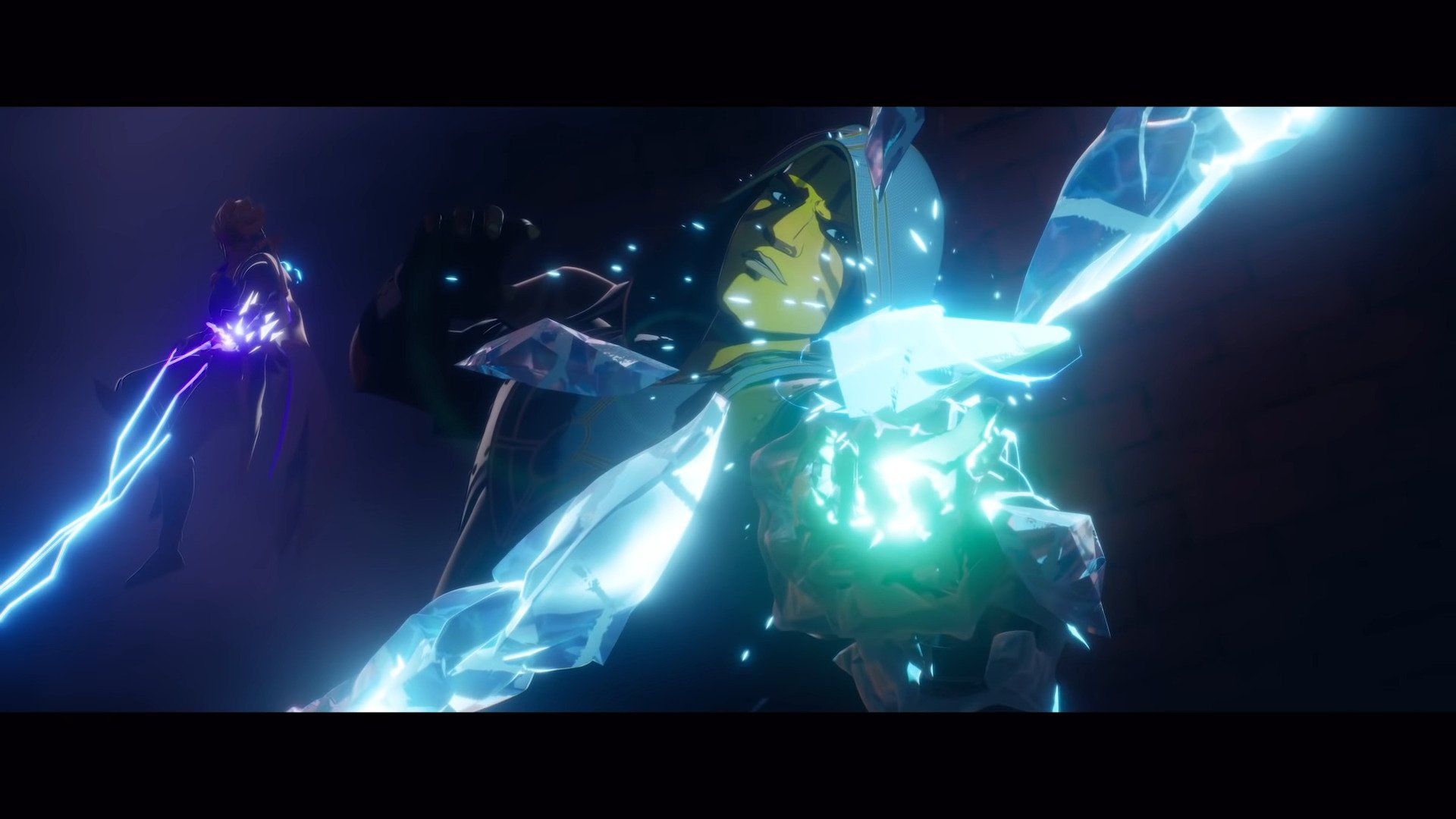 Spellbreak is the newest entry in the battle royale genre, seeking to capitalize on the major success of games such as Apex: Legends and Fortnite whilst adding something new and intriguing to the game type.

The standard Squad game mode isn’t anything special. Like other BRs. players form teams of 3 to eliminate other teams and gain the title of Battlemage. Players can also choose Solos, fighting against other mages in a magical free-for-all. Due to the game’s freshness and the influx of players, devs have opted to release Duos separately from Squads to keep their servers from shutting down. Solos was also released in a similar manner.

However, Spellbreak’s main strengths lie in how it is different from other BRs. The main difference lies in the game’s weapon mechanics. Eschewing typical guns and grenades, Spellbreak instead gives players the choice between the following gauntlets, each corresponding to a different elemental typing: Pyromancer (Fire), Tempest (Wind), Toxicologist (Poison), Stoneshaper (Earth), Conduit (Lightning), and Frostborn (Ice).

These gauntlets can be swapped out for higher-tiered pieces, ranging from Common to Legendary quality. Each player starts out with a Common gauntlet of their choice as their Class to start as their main weapon. This weapon can’t be changed out and is selected at the lobby upon readying up. A player’s main gauntlet will come with a passive as well. For example, Stoneshapers can receive a small portion of shields back from their main attack if they’re without any, and Frostborn can use their Ice Lance to create trails of ice that they can skate on.

There are a number of other abilities that improve the standard attacks that you receive as part of your gauntlets, depending on which type you choose as well.

There are a number of other breakaways from traditional BRs, the most significant of which is the Rune mechanic. These runes provide buffs to the player by adding an extra ability to use in or out of combat. Some of the runes, such as Invisibility runes, allow you to disappear for a brief time. Others, such as Wolf’s Blood, allow you to see enemies through walls and other objects for a short period. These runes, like the gauntlets, also have a tiered system.

The rest of the gear available through gameplay, belts, amulets, and boots all enhance the player’s standard features and run off the same tier system as the gauntlets and runes. Belts increase your armor, amulets enhance your mana, and boots increase your walking speed.

Talents are the last major feature Spellbreak adds, which serve as passives to your character rather than affecting your class. Each of these Talents is part of a larger tree consisting of Mind, Body, and Spirit. Each talent also has different unlock criteria that are dependant on how far you’ve progressed in your classes. The Thirsty talent in the Spirit Tree, for example, decreases potion and shard consumption time.
These talents are automatically applied to the player for every game, but you must consume Scrolls found throughout the battlefield in order to be able to benefit from them each game.

The lackluster parts of the game exist mainly in matchmaking capabilities. Players in squads of one or two looking to fill have reported issues of not being able to find teammates consistently. The landing mechanic can also be a bit difficult to get the hang of, as the controls can be a bit unresponsive at times.

Alongside that, enemy mages can be a bit hard to track down with all of the mobility and the spells constantly being lobbed around. Most fights that happen in the final ring will consist of at least 15 players at a time, so it can be a bit chaotic. Overall, it’s an easy enough game to get into, but players new to BRs will have a difficult time with it.

All in all, Spellbreak is an enchanting new addition to the battle royale game type.