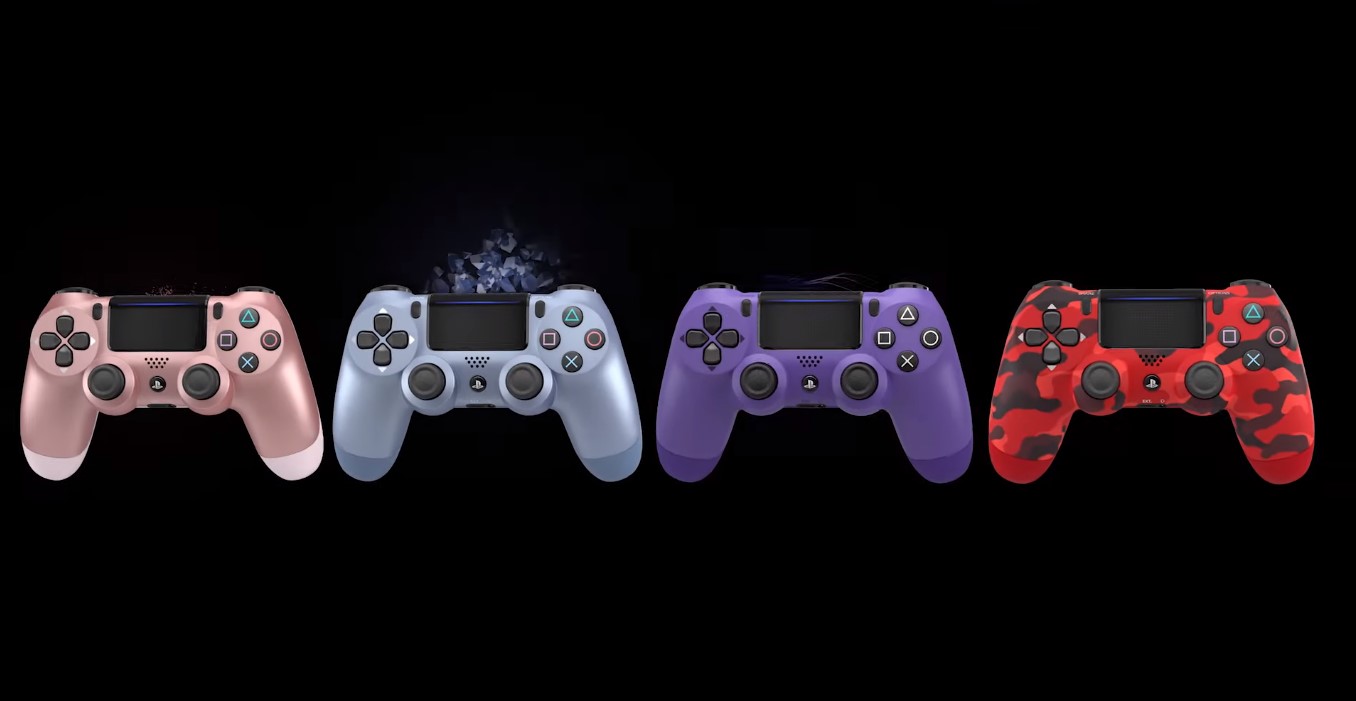 Since the release of the PS4 console, Sony has created a total of 25 official DualShock controllers for the gaming pad. And of course, the iconic controller is not just alone in the market as other makers have released many other PS4 controllers. These new accessories for the gaming console though, speak for itself because of its eye-catching colors and quality finish that can withstand everyday gaming use.

The new PlayStation 4 DualShock 4 controllers has still the same conventional four triggers, two sticks, a directional pad, pretty much like the classic PS controller. What’s different about this new series are the touchpad located across its face and the ‘light bar’ located just atop of the touchpads.

Both the start and the select buttons have also been replaced by the touchpad and can be found on the sides. It has what Sony calls as a ‘share’ feature next to the arrow keys and comes with a compatible 3.5mm headphone jack.

The newly added touchpad serves the purpose of making touch interactions easier and can also be used for various other processes. The controller also features a color-changing light bar for player interaction with the PlayStation Eye feature. It can be used as a pointing control and for motion functions.

Mark Cerny, Sony’s Lead System Architect, mentioned that the redesigned DualShock 4 has features that improved rumbles, reduced known latency issues, and had an overhauling to provide improved performance. It is also worth noting that DualShock 4 has concave-shaped sticks for secure handling.

Except for the extra features, not much has changed in the overall design of the PlayStation controller. It still maintains its original shape and appearance much like the original PS1 DualShock, the DualShock 3, and the PS3 Sixaxis.

Leaked information confirms that PS4 DualShock 4 will still look the same but will come in four different colors, including Rose Gold, Titanium Blue, Electric Purple, and Red Camouflage. Sony’s DualShock 4 wireless controllers will hit the market this September both in the US and in Canada.

Both PS4 accessories will be great for boosting your every gaming experience.