Should You Do The Freeze Konrad Laimer SBC In FIFA 21? Another Promo Leipzig Right Back 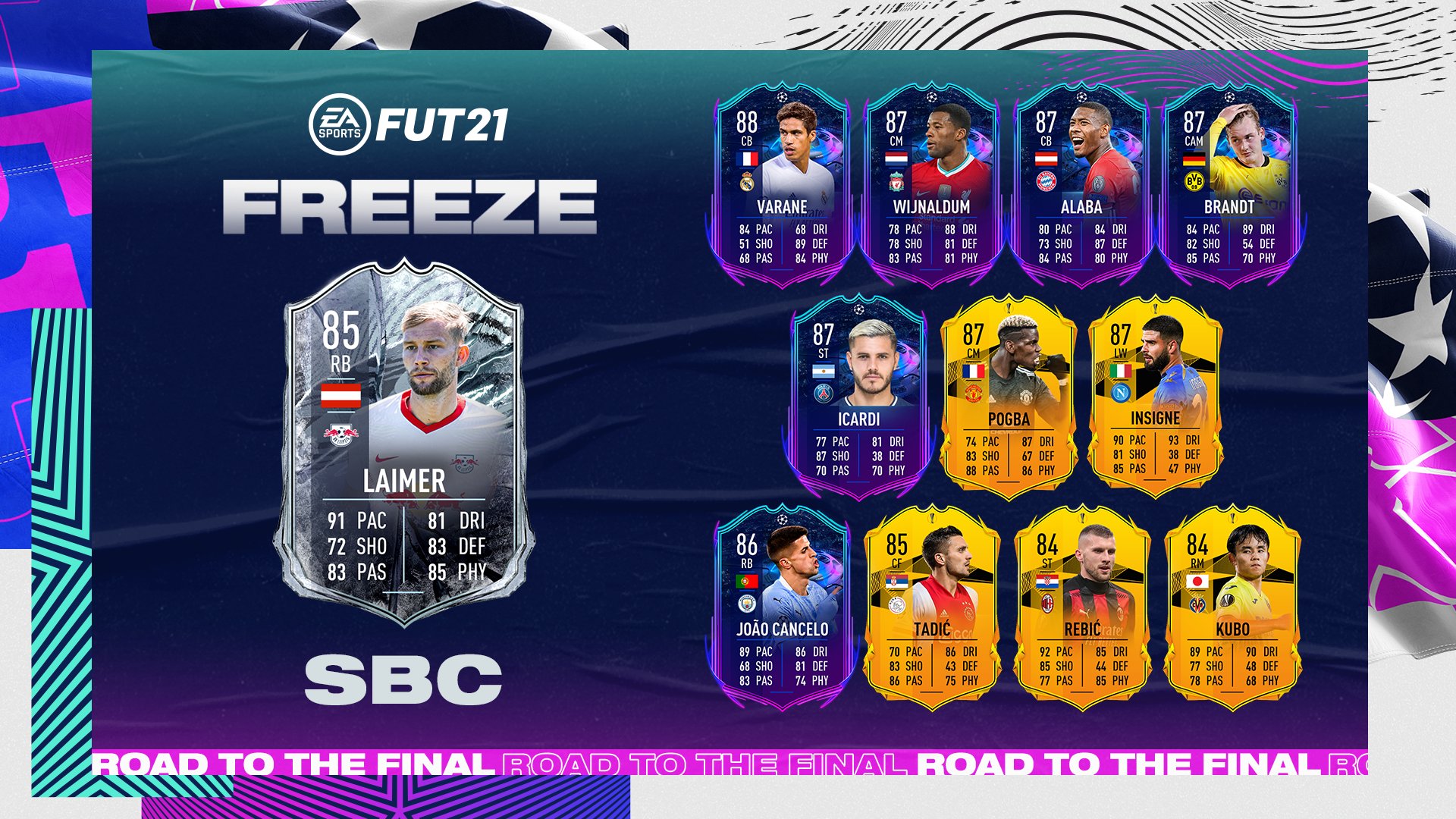 Konrad Laimer from RB Leipzig is the next player to receive a freeze SBC in FIFA 21, and it’s another promo Leipzig Right Back…on top of the Mukiele which was available from objectives. Bit of a weird choice from EA, but hey, that’s pretty much expected at this point.

Laimer has had his position changed from CDM to RB and the card itself looks okay. It’s coming in at over 150k on both consoles, requiring an 83-rated squad and an 85-rated squad.

RELATED: As It Turns Out, TaleWorlds' Mount and Blade II: Bannerlord Is Actually All About The Horse Riding

RELATED: Rain on your Parade Is Headed To Xbox and PC Sometimes Next Year

In terms of stats, Laimer looks a-okay. He has fantastic pace and decent defending and physical stats. With 3-star, 3-star he isn’t exactly meta, and his dribbling is under 80 on both the key stats Agility & Balance.

However, this is a total upgrade to all his stats. Across the board. Here’s a look at the stats thanks to FUTBIN. 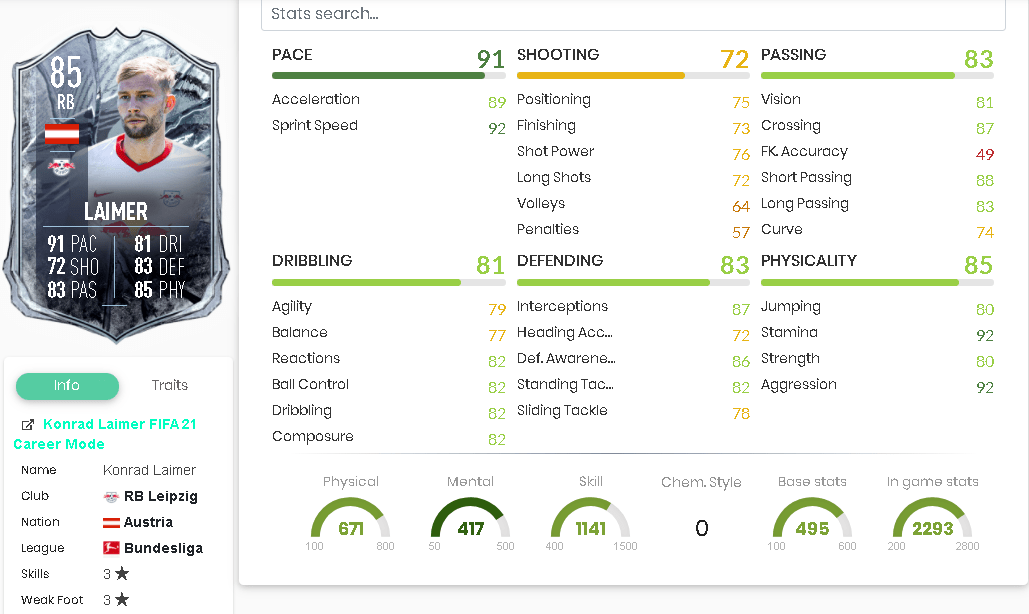 Laimer has some great stats in key areas, especially when you apply the Shadow chemistry style. This takes him to perfect pace and excellent defending stats. He’s also 5’11 with a lean body type, which means those dribbling stats probably won’t make him feel too clunky.

He also has excellent stamina at 92 and great aggression at 92. His passing is also decent for a right-back. Overall, his stats look pretty good. How good is the card in terms of links? There aren’t many for Austria, although the Bundesliga and RB Leipzig have some pretty great cards out right now.

As I already mentioned, there is already a fantastic RB promo card: Mukiele. What makes it even stranger is that Laimer plays in the exact same team. Why not include a striker or a midfielder? Just a weird choice from EA.

Is the card worth doing for 150K? At this stage in the game there are already some excellent RBs available. For a Bundesliga team Laimer is obviously a good choice, but only if you don’t already own the Mukiele.

RELATED: The Witcher 3 Set A New Record On Steam, With Around 100,000 Users Playing At The Same Time

The community isn’t too happy with EA for this SBC, although that doesn’t change much. So far the Freeze promotion has been pretty lackluster, with a bunch of overpriced SBCs for strange players. It doesn’t come close to being as good value as the FUTMAS promotions from previous FIFA games.

Overall, this SBC isn’t that bad…although stick with the Mukiele card, if you have it. Save the coins.