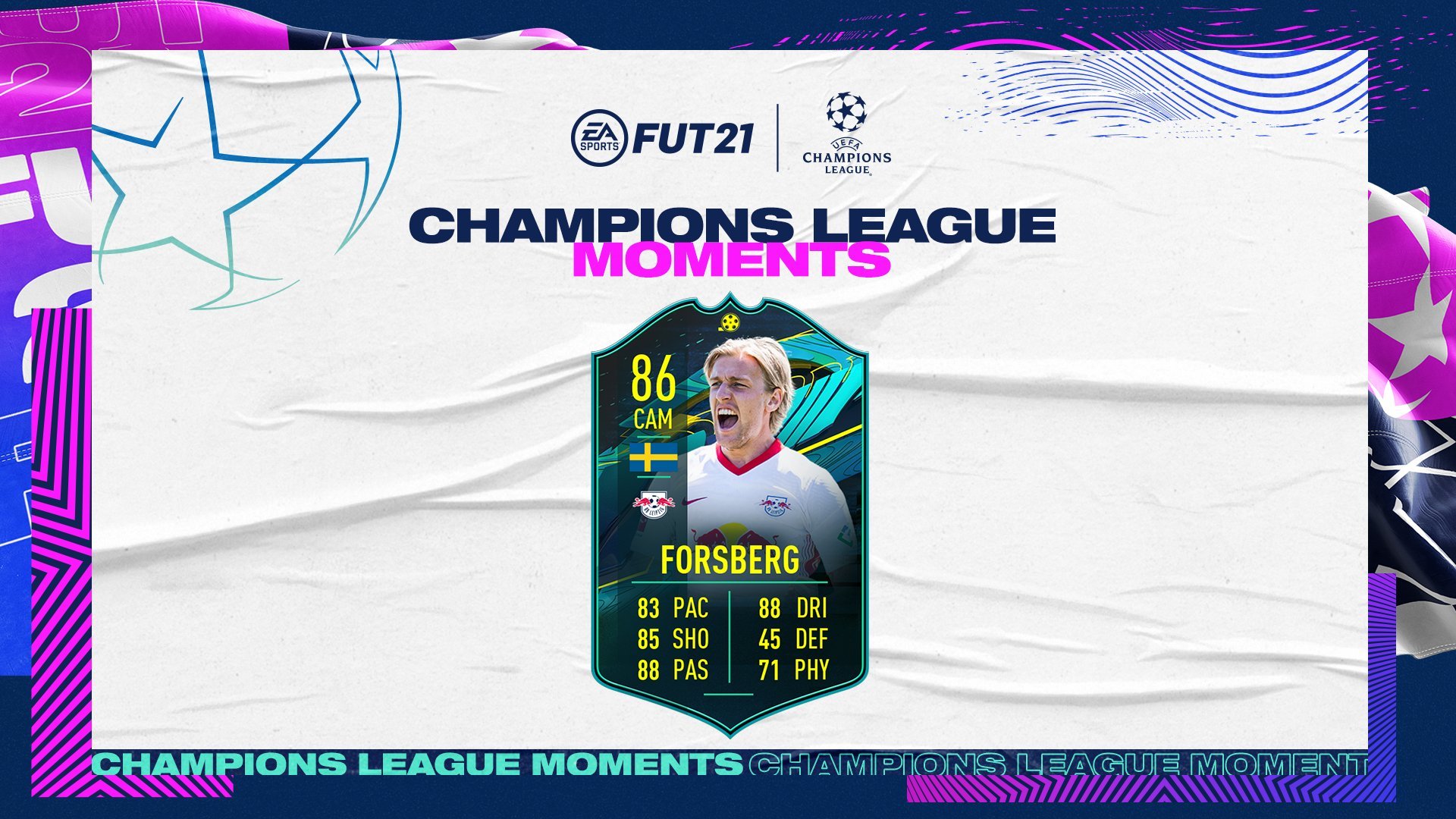 To celebrate the goals scored by Emil Forsberg to send RB Leipzig through to the round of 16 for the first time in the club’s history, he has received a Champions League Moments card SBC. The SBC is coming in at well over 100k on both Xbox and PlayStation. Is the card worth that fairly hefty pricetag?

For a Bundesliga CAM, the card isn’t so bad. Is it worth 100k? No, probably not. There are already some other top options for the position and the league (such as Rulebreakers Reus) which offer you a tradeable alternative. This might be one of those SBCs that you should steer clear of unless you’re trying to build a strong first-owner Bundesliga squad.

Forsberg has received a special card every FIFA dating back at least 5 years, with plenty of informs and boosts along the way. Considering the multiple upgrades he’s received in his career it is a little odd that his base gold card is rated so poorly.

A brace to send @RBLeipzig_EN through to the Round of 16 for the first time ever 🔥@eforsberg10 is the recipient of the first #UCL Moments item of the season. Squad Building Challenge available in #FUT21 now 🙌 pic.twitter.com/YYTFciS6vz

So what are the pros of Forsberg’s card? Well, he has 4-star, 4-star, decent pace, shooting, passing, and dribbling, with weaker stats when it comes to defense and physicality. His card is incredibly well-balanced and offers plenty of versatility on position, with the opportunity to play him as a CAM, CM, or as a forward.

Here’s a closer look at his in-game stats thanks to FUTBIN: 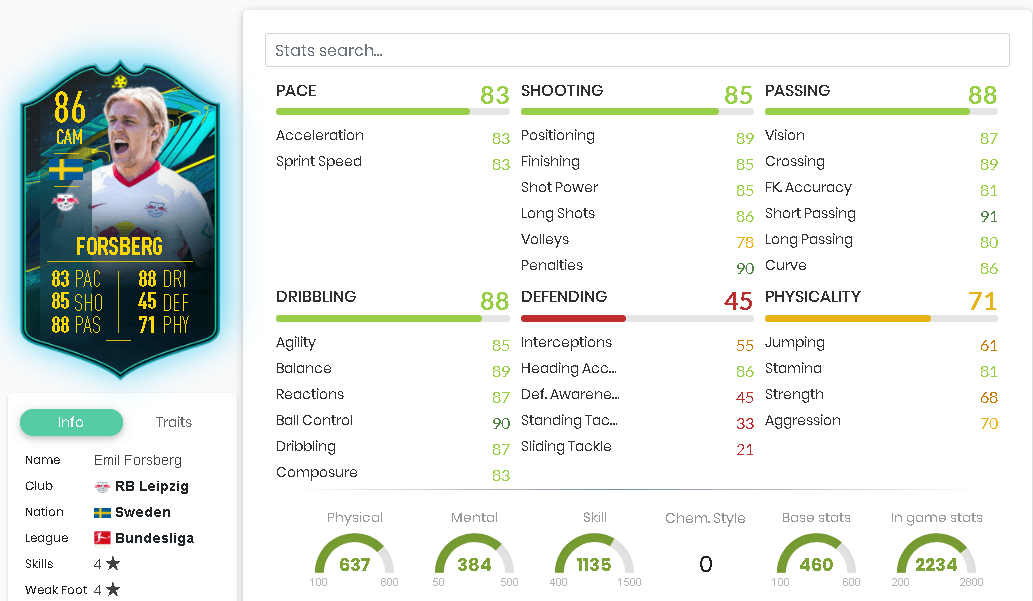 Overall, it’s clear Forsberg has a well-rounded card, with decent pace at 83 Acceleration and Sprint Speed, pretty good dribbling across the board with fantastic ball control, and good shooting stats with the only weakness being his volleys. It should be noted that Forsberg also has the flair trait and outside the foot shot trait.

Overall, is this Forsberg card really worth the 100k+? Well, yes…and no. Compared to Reus’s Rulebreaker card, Forsberg actually looks remarkably good value for money. Reus is a very similar card overall, with small differences in shooting and pace. That card currently costs 400k+ on both consoles, although that is likely an inflated price due to card rarity and investment.

The key difference is that with Reus your coins stay tradeable. With the expected great performance of certain Bundesliga teams both in the domestic and European levels of football, this Forsberg card will likely become outdated relatively quickly, essentially sinking those 100k coins into another untradeable card.

Nov 24, 2020 Harry Alston 10850
EA isn't having the best run of it. A series of suspect SBCs and ruining the league SBCs with untradeable packs has left many in the community a...

Nov 24, 2020 Harry Alston 1112
A new blog post on the official PlayStation website goes into detail about what to expect from the next generation of FIFA 21 on PS5 (and by... 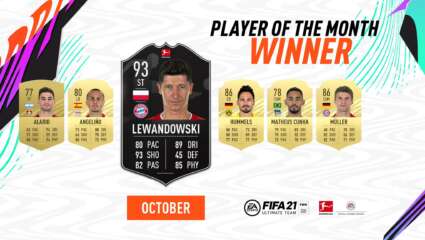 Nov 20, 2020 Harry Alston 4570
Robert Lewandowski receives the Bundesliga POTM award in FIFA 21, to no one's surprise, for his continued excellent goal-scoring record. In...