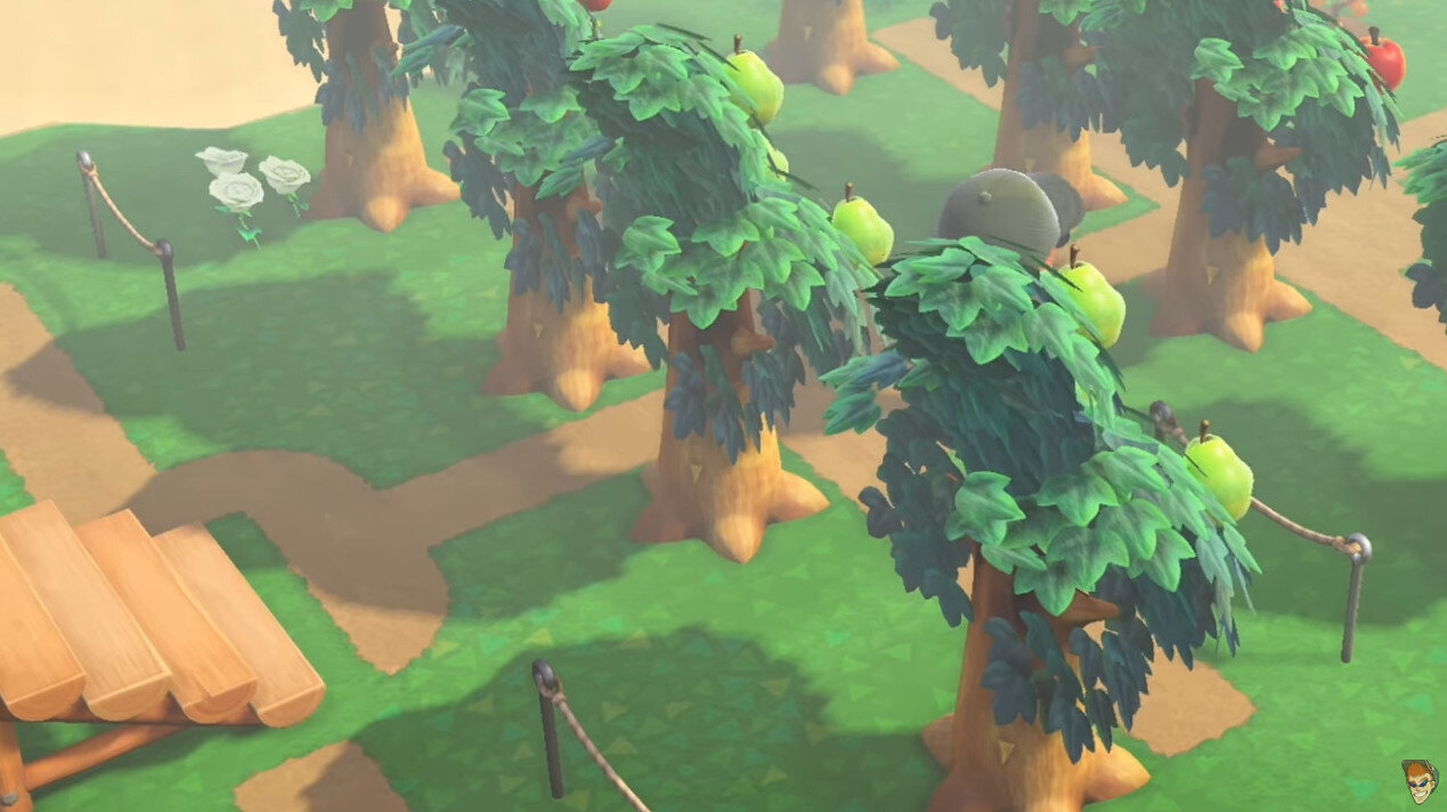 Animal Crossing: New Horizons launched as a Nintendo Switch exclusive in late March. While the series has continued to bring joy to players with broader customization options, some want more.

In Animal Crossing, the camera has primarily been forward-facing. Players only see the front of buildings and plants. The only 3D objects players really see are their player character, the animals, or anything else that can be rotated.

A YouTube content creator named Shesez recently modified the game camera to show off more of the island. In the video, Shesez shows what the backside of buildings and trees look like. It’s not much of a surprise, but since this side of the buildings are hidden, there’s almost no detail.

The Able Sisters Store is red, but unlike the sides and storefront, the backside doesn’t have any of the siding detail. This is a small detail that’s seen on other buildings and homes. Strangely enough, the roofs and chimneys retain their shingles on all sides. Any building that appears round in the front is completely flat in the back.

Fruit trees were also a victim of lost detail. The front sides are lush with leaves and juicy fruit, but the backsides are bare. The leaves don’t form a sphere of leaves, and the tree trunk is almost completely visible. This isn’t the case for all trees. The cedar tree varieties are completely cone-shaped.

While some players may believe Nintendo took shortcuts on purpose, their decision makes sense. By simplifying the houses and trees, there’s more room for details everywhere else. Once the maximum number of villagers move in, the game doesn’t slow down.

Others may wonder why the buildings have any detail on the back at all. Wintereater, a commenter, stated:

I think the reason for the backs of buildings being modeled is that when in the terraforming mode, standing directly behind a building (as well as cliffs) shifts the camera angle to a bird’s eye view. Even though you still can’t really see the back side of the buildings in this view, they probably modeled it just in case.

The missing details won’t mean much to most gamers since Shesez modified their game camera. Players always access the front door when entering a store or home, plus there’s no option to add a back door to homes.

Feb 24, 2021 Lisa Nguyen 3260
The next major update is coming soon to Animal Crossing: New Horizons. The update adds the long-awaited Super Mario Bros. collaboration that was...