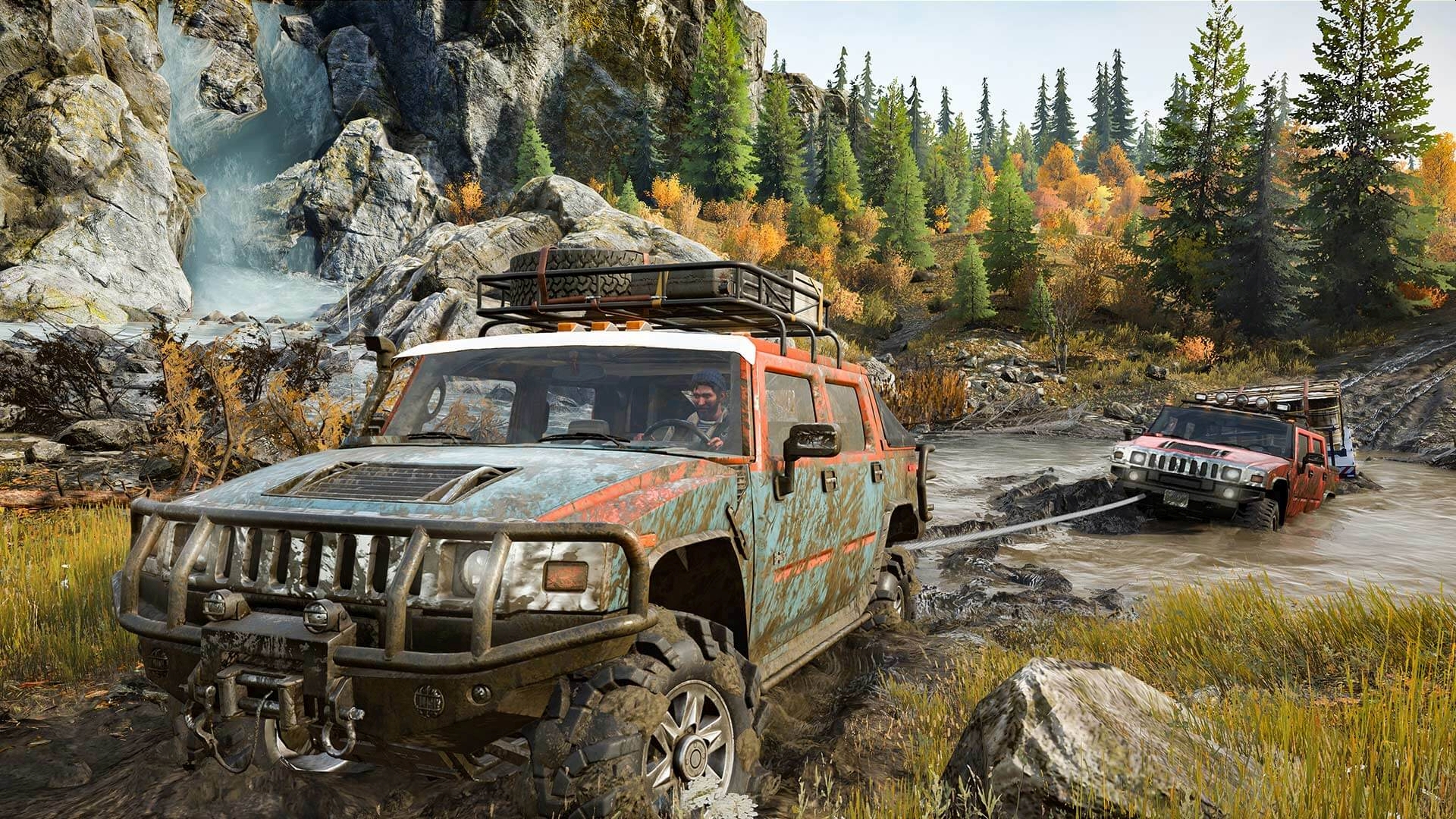 The developer wants to help players get the most of their SnowRunner experience with a new video featuring eight useful tips. These tips will help players, especially new ones, jump into the mud and snow more efficiently.

SnowRunner provides players a variety of ways to play. Those who played Saber Interactive’s last title, MudRunner, may find some of the mechanics similar.

While the developers want players to have fun, beginners will need to learn more about adapting their driving to the type of terrain and weather, plus learning how to use All-Wheel Drive, Differential Lock, and the winch. Learning the difference is especially helpful if players get stuck.

The video has audio to guide new and veteran players into the world of SnowRunner. The first tip is to explore and scout new areas. Players should first find watchtowers to survey the land and plan their route. Similar to real-life trucking, players need to know the most efficient route before they start driving. Getting lost could be hazardous, be a waste of fuel, and lead to significant damage to expensive trucks.

The next tip revolves around buying and selling, plus upgrading and customizing favorite vehicles. Around the map are locations with helpful upgrade kits. Sadly, they aren’t available for every vehicle, but finding the right one will prove useful.

If a player has a favorite truck (or several), they can transport them to different locations using truck storage centers.

The video goes into more detail about leveling up characters to unlock better trucks as players progress through the game.

The players in the comments also shared a few helpful tips. The most popular tip provided by FinlayLK is “sell trailers at the trailer store for more money” or buy a trailer and sell it at the same price. Trailer stores also serve as fuel stations, where players can buy a fuel trailer, refuel, and sell it again for the full amount. This also works with maintenance, service, and repair trailers.

While players are free to enjoy SnowRunner however they choose, these tips are a great way to get a head start. There are challenges that can last over a hundred hours and plenty of new missions, maps, and vehicles planned in the future. While players can pick up the Season Pass now, Saber Interactive promises free updates are also planned.

SnowRunner is available now on PC as an Epic Game Store exclusive, plus PlayStation 4 and Xbox One.

Jan 5, 2021 Lisa Nguyen 5920
Focus Home Interactive and Flying Wild Hog have announced their next title Evil West for PC. The game is scheduled to launch sometime in 2021, and...

Nov 10, 2020 Jeremy Green 5520
If you've wanted to take on incredibly demanding truck hauls in extreme environments, SnowRunner has been the title to experience. It showcases...