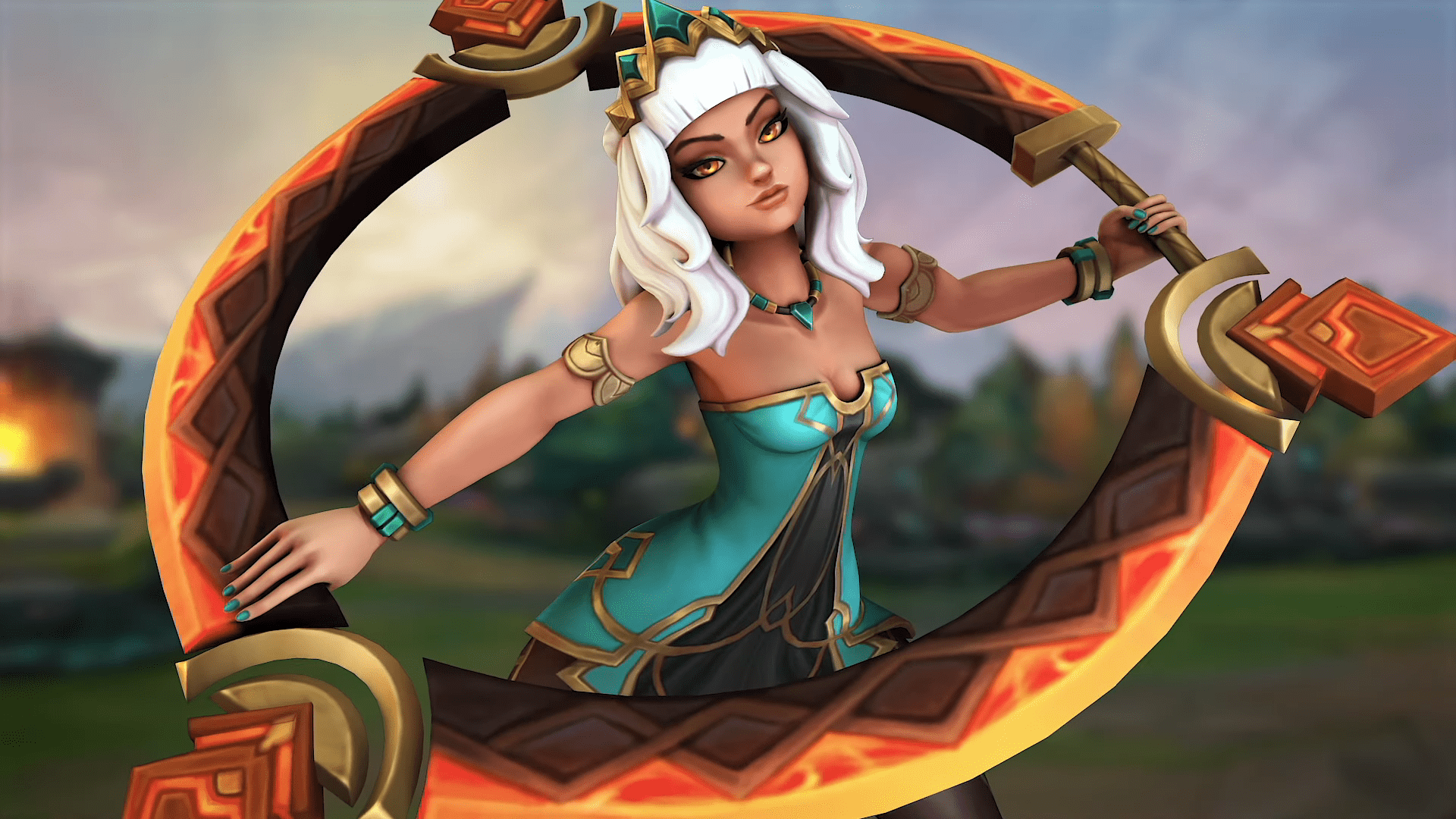 On June 6th, Riot Games released the official champion teaser for Qiyana, the Empress of Elements. It didn’t take long for them to follow up with her theme music, champion trailer, and a list of abilities.

The 145th champion coming to League of Legends will have a kit themed around the elements, with several of her abilities interacting with the world around her. Here’s a closer look at what Qiyana can do and how she can execute it in-game.

All champions in League of Legends have a passive ability followed by four other skills that can either be passive or active known as ‘Q,’ ‘W,’ ‘E,’ and ‘R’ in that order.

Qiyana’s ability kit revolves around her W ability, Terrashape. Using the circular weapon she carries, Qiyana can tap into different parts of the map to access their elements – specifically from the river, bushes, and walls. When Qiyana has an active element, she becomes enhanced when near it, which grants her additional attack speed, damage, and movement speed.

Qiyana’s passive, Royal Privilege, grants her extra damage when she attacks or uses an ability versus an enemy champion. She can proc this passive against the same champ again when drawing power from a different element, or when attacking a new enemy.

Her Q ability is probably the most versatile part of Qiyana’s kit. In its most basic state, Qiyana can dish out a ranged attack by slicing in front of her with her weapon. When Qiyana has an active element, however, her Q transforms depending on the area that she draws energy from.

Qiyana’s E ability is called Audacity and allows her to dash in any direction she chooses, functioning like most in-game dashes. If it hits an enemy, it will also deal damage. In conjunction with the diversity of her Q, this will likely be the primary engaging tool for Qiyana to make plays.

With a similar interactive concept to her Q, Qiyana’s R ability, Supreme Display of Talent, allows her to throw out a rippling wave of damage that can interact with the world around her. According to the abilities page released by League of Legends, “Any River, Brush, or Wall hit by the shockwave then explodes dealing damage and briefly stunning enemies.”

While other champions can manipulate and interact with the map, Qiyana stands out based on how connected her abilities are to her surroundings. She can dish out a lot of damage and adapt to the needs of individual games through her abilities.

Because of this, it will be interesting to see how Qiyana will perform in-game and what her playstyle will be like once she hits the live servers.