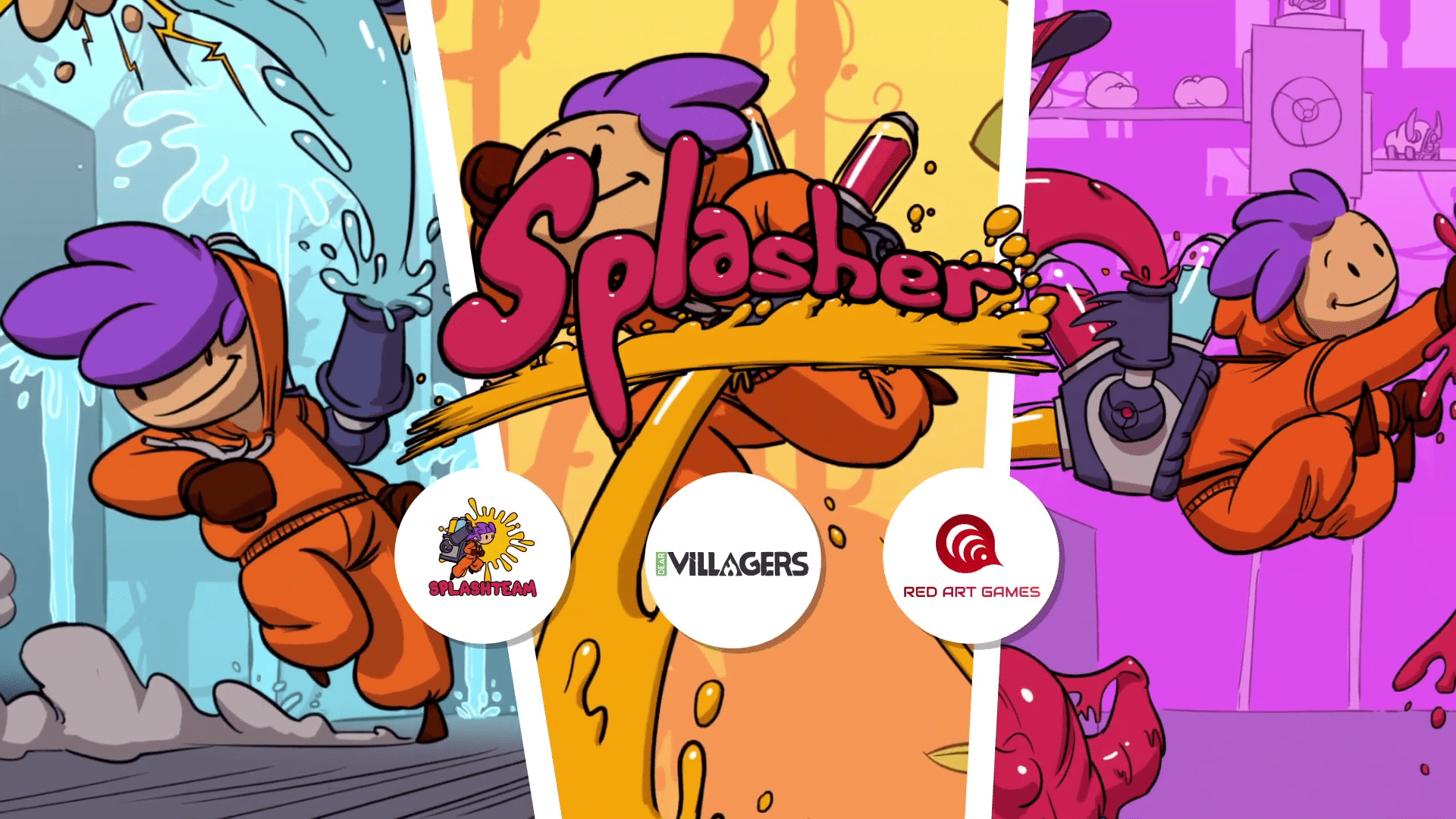 Just yesterday, Red Art Games posted a tweet promising that they would announce a new game today. Fans were hyped—could this be a brand new Splasher game? A sequel or an update? Maybe something else? Well, fans don’t have to wonder any longer because a day has already passed.

The new game is, indeed, Splasher—now presented as a physical copy for Nintendo Switch and PlayStation 4! Splasher, for those who aren’t in the know, is a game combining arcade and action gameplay in an explosion of paint and color. The 2D platformer puts the player in control of its purple-haired main character who uses a firehose filled with paint to run through levels, stick to walls, and beat back enemies.

Now fans and newcomers can pre-order the physical copy of the game starting tomorrow, Wednesday, at 2 PM UTC. Superfans who are into collectibles will want to get on the limited offer. But this is also as good a reason as ever for newcomers to check the game out for its humor and fresh take on platformer fun.

For years, the game was only available as a digital edition. (On Steam, for example, where it garnered a consistent 9/10 rating.) Since then, Splasher has earned and maintained a small, dedicated fanbase who admires the platformer for its fresh spin on one of the oldest genres in video game history.

Why the physical copy? There’s just something about having a physical copy of the game. Maybe its only nostalgia for days gone by, but Red Art Games has specialized in—prioritized even—making physical copies of their titles available to the fanbase. And fans appreciate that immensely.

Reactions in the original thread ranged from fans being ecstatic to other fans being even more ecstatic, which is not surprising since many of the people following Red Art, which is little known in the industry, are superfans of the games. Although some replies did come from newcomers. One user (display name, Tom) said, “This is the first I’ve heard of this game and damn does it look cool!” It is, Tom. It really is.

Be sure to check out Red Art Games Twitter account (@REDARTGAMES) and their website for more information on how to pre-order the game, when its official release date will be, and what shipping options will look like. The pre-order will open tomorrow at 2 PM UTC for anyone interested. It will probably come with extra goodies too.