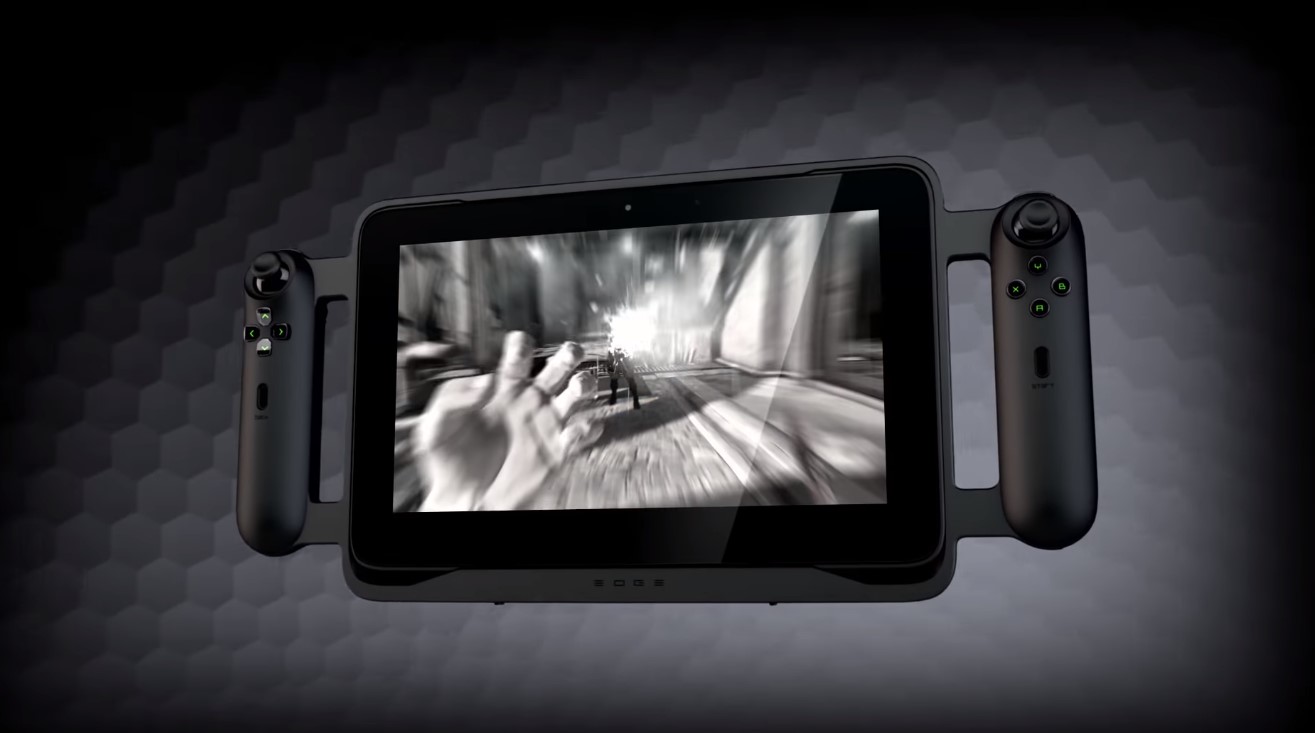 The success of the Nintendo Switch made people forget the originator of the detachable controllers. Granted, the Edge Pro was bulky and very expensive, but Razer laid the blueprint for others to follow.

Now Razer has submitted a patent application for what seemed like the successor to the Edge Pro.

When the Razer Edge and the Razer Edge Pro was launched back in 2013, the price tag bordered on the ridiculous. The basic gadget was sold at $1,000 exclusive of the docks and the gamepads. You would have needed to fork over an additional $350 for the gamepad and the docking station.

Meanwhile, the Razer Edge Pro was sold at $1,500, which already includes all the gamepad along with higher specs.

But the 10.1-inch display made the Razer Edge, and the Razer Edge Pro felt like a tablet with controllers. Some people loved it, and some hated its cumbersome design. Everybody hated the short battery life.

People were also panning Razer for not making their minds up. Did it want a portable gaming device or a tablet?

Then suddenly, the Razer Edge and Razer Edge Pro just suddenly went missing on store shelves. And that was that for the tablet gaming experiment.

Of course, the Nintendo Switch was released on March 3, 2017. If Razer had any ideas of resurrecting the Razer Edge and Razer Edge Pro, Nintendo effectively killed that dream.

Razer’s patent application shows that it’s developing a device that seems like a direct competitor to the Nintendo Switch. The patent application hints at two detachable controllers that can be attached to a smartphone or tablet via magnets.

A spokesperson for Razer told Forbes that people shouldn’t look too hard on these patent applications. The official, who wasn’t named in the article, said they have more than 3,000 filings so far. But it doesn’t mean that they will follow through with those products by launching them in the market.

The statement, however, took a dig at Nintendo as it said that the Edge was launched well before the Switch. The spokesperson deferred from making any statement further until Razer announces the product.

Whether Razer is planning to release a successor to the Edge Pro is anybody’s guess. But if it’s taking on Nintendo, the company should take lessons from the failures of the first generation device.