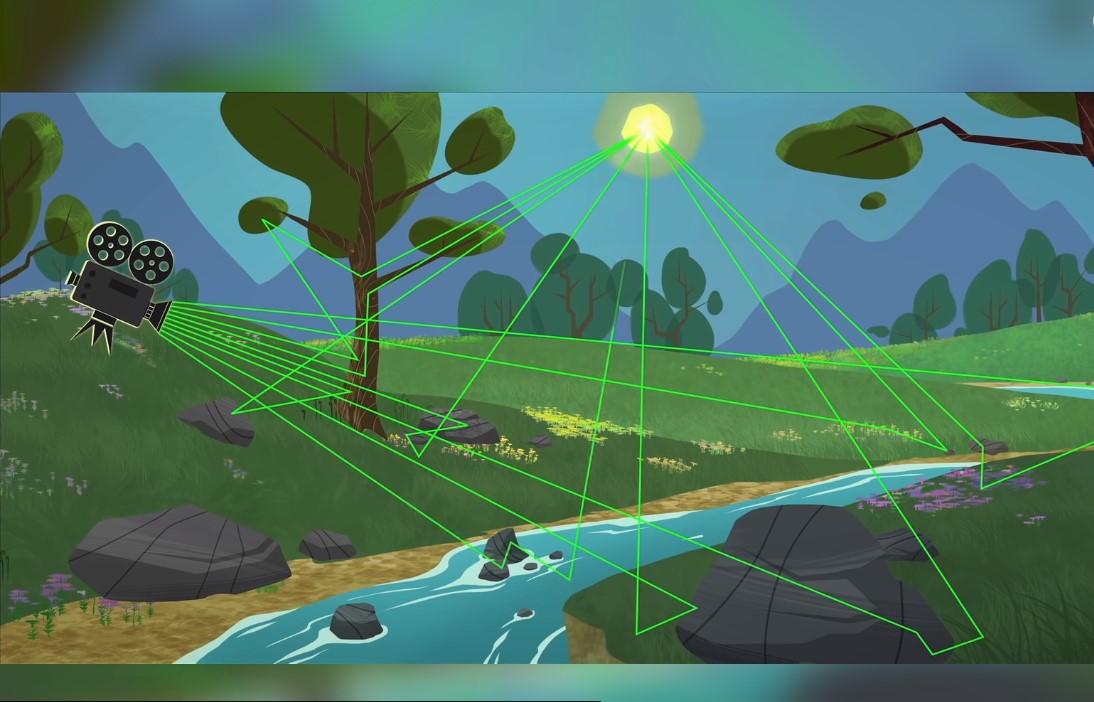 For people who’s been in the gaming world much too long, there is a new buzzword that has everyone going crazed. Ray tracing, though not an uncommon word in engineering, has enveloped much of the gaming world with its power to provide ultra-realistic gaming experience. The graphics processing technique is considered to be the holy grail of today’s gaming technology.

Ray tracing was first announced in the tech world during the Gamescom 2018 event. This rendering technique has long since been present in the engineering and visual arts field but has finally arrived in the gaming tech in the likes of the Nvidia GeForce RTX 2080.

The word was first coined in 1979 by computer scientist and electrical engineer, John Turner Whitted who now happens to work for Nvidia. Ray tracing is a complex process of rendering life-like images complete with reflections, shadows, and all the critical light sources to make an image more realistic. Ray tracing, by then, can be considered as one of the most significant graphics improvement the gaming landscape has seen in years.

Ray tracing has been traditionally used in CG movies to render real-life scenes. The gaming industry has been slow in adopting the technology because the process requires a lot of GPU power even to make just a tiny bit of realistic lighting. This is partly the reason why lighting technology has not been implemented in any games in the previous years.

But with the arrival of powerful GPUs like the Nvidia RTX 2080, ray tracing can now be reproduced in PC games. The technique, though, is only used sparingly like rendering realistic shadows or reflections because it is graphics demanding. The industry is still in its early adaptation of the technology, and there is still no full ray-traced game available.

Though ray tracing is new to the gaming world, it does not stop Invidia from launching initiatives to integrate the technology to the existing gaming dev process. The Nvidia XDR Spotlight contest started the technology far and wide with game developers and various gaming content creators showcasing the power of ray tracing technology. Despite the limits of our current gaming hardware technology, event participants were able to recreate life-like graphics effects, including reflections, shadows, and ambient occlusion to their entries.

Path Of Exile: Blight Is Launching On September 9, Update Brings A New Challenge League And Powerful Items To Help Shake Up Path Of Exile's Meta