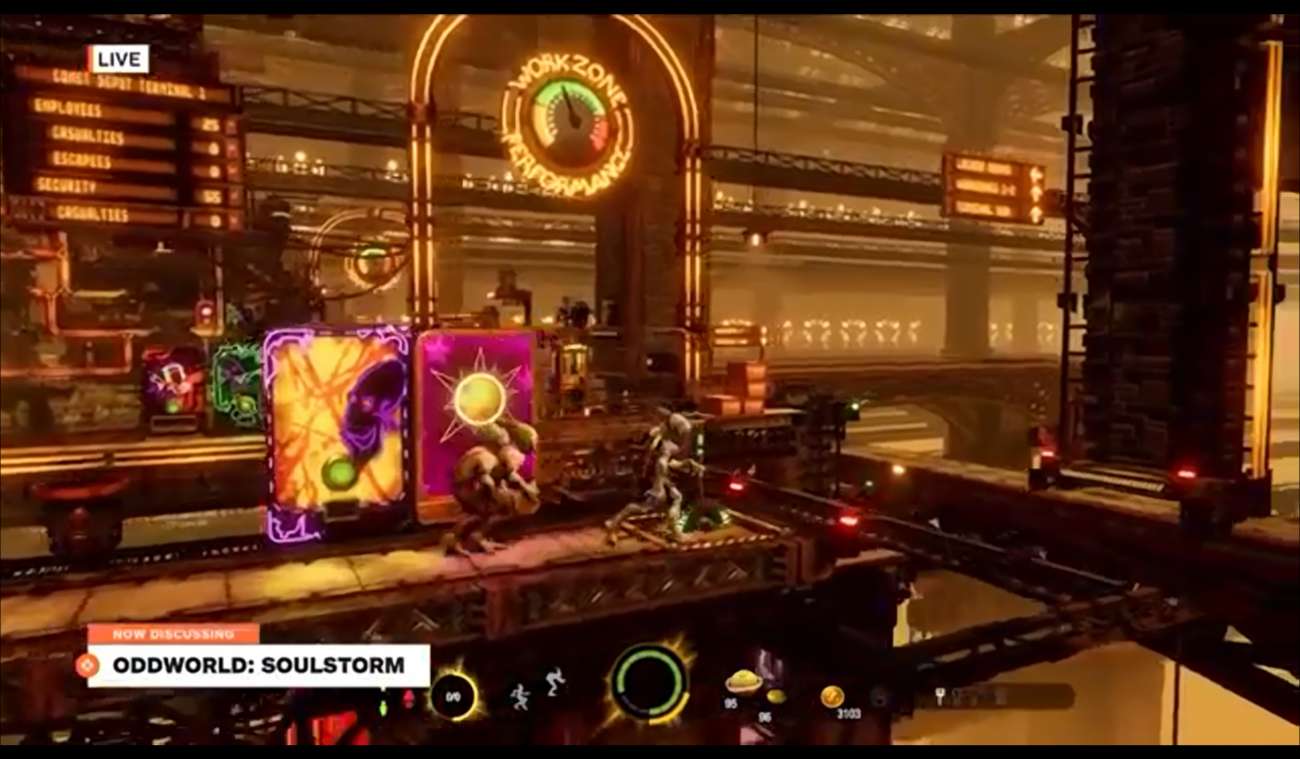 The Epic Games Store seems to be finding its stride as of late. Time and time again, it has gained exclusive rights to major AAA titles. It’s a smart strategy from Epic if you really think about it. They can regularly attract PC users over to their platform to pick up exclusive titles. This helps them establish a huge presence and compete with the heavy-hitter in Steam.

Well, it seems they’re back at it again with this exclusive rights strategy. They just secured rights to sell Oddworld: Soulstorm, a re-imaging of Oddworld: Abe’s Exoddus that came out in 1998. That’s according to the game’s creator, Lorne Lanning. The game will appear on other consoles like the Switch and PS4, but for PC users, the Epic Games Store is the only place they’ll be able to pick up this highly anticipated game in a storied franchise.

It’s a solid move considering how great Oddworld: Soulstorm is looking to be. It is a sequel to the popular installment, Oddworld: New ‘n’ Tasty. The story follows along Abe, who’s just rescued hundreds of Mudokons from the enslavement of the Glukkons. Abe did amazing work in the previous title, but now, he has to serve as a leader and lead a revolution for the sake of freedom.

To keep this revolution at bay, the Glukkons have concocted a new drink that’s supposed to make the Mudokons obedient and more accepting of slavery. Can Abe and his pals put a stop to these evil plans? That’s what you’ll get to find out in this interesting and beautiful-looking game.

Speaking of visuals, they have an interesting side-scrolling design. Only, different areas will have multiple layers. They thus give the stages sort of a three dimensional look that’s fun to look at while you’re taking out enemies as the good guy.

Abe will have a lot of special abilities to defeat whatever he comes across. For example, he can take items and craft them into something unique like a Molotov cocktail. Abe won’t have to go at enemies alone, either. He can recruit followers who will follow behind him. It’s an interesting idea that gives this storied series a new fold to look forward to.

Overall, Oddworld: Soulstorm is shaping up to be a fantastic game. The fact that the Epic Games Store was able to grab it before anyone else is remarkable. It should elevate the platform’s status even more. Who knows what other games they’ll secure rights to?