Path Of Exile: Blight Is Launching On September 9, Update Brings A New Challenge League And Powerful Items To Help Shake Up Path Of Exile’s Meta 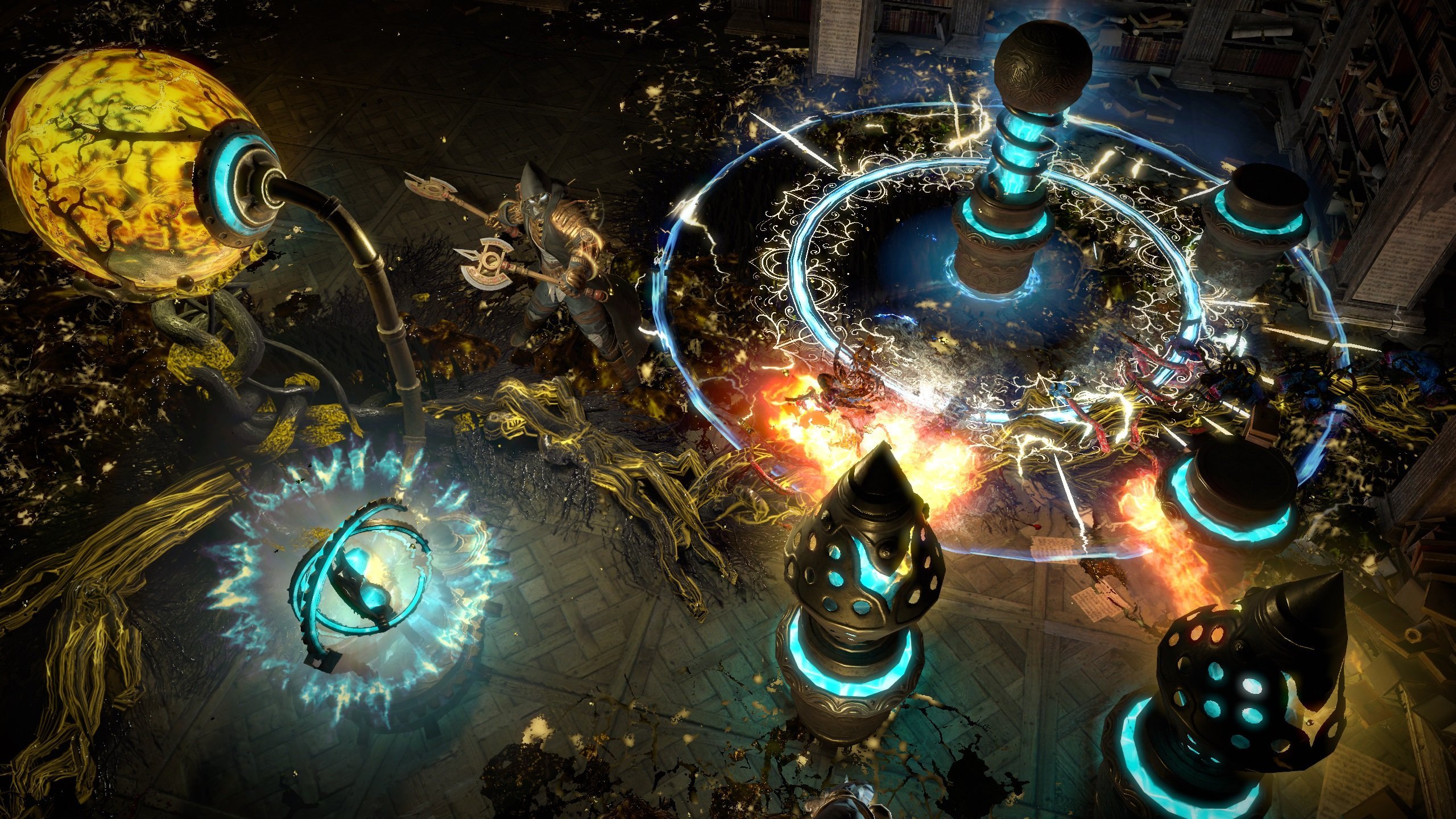 Dangerous new fungal growths have begun appearing across the continent of Wraeclast, and it is threatening everyone and everything that lives here. In Path of Exile’s new expansion Blight, you join forces with a new NPC known as Sister Cassia on a mission to destroy these harmful growths. Cassia has a special pump for siphoning toxic fungal ichors and helping cleanse the land, but she needs your help to protect her from the monsters that come to stop her.

Cassia gives you towers that you can deploy to help protect her in a strategic fun style similar to a tower defense game. You must make immediate decisions and be aware of what is happening around you as you combat the oncoming waves of monsters. If you manage to defend Cassia’s pump successfully, you will be rewarded with valuable weapons and armor along with oils that will give your rings and amulets new powerful enchantments.

The update also brings balance improvements for the Necromancer archetype along with new defensive options. There is a complete overhaul of the Necromancer Ascendancy class along with Support Gems allowing you to augment the AI of your minions to make them either more aggressive or defensive depending on your preference.

The Poison Assasin is also gaining five new Skill Gems that help broaden how the character works. A new mechanic called Elusive will be found on the Assassin Ascendancy class adding more mobility for it, allowing players to move in, attack quickly, and move out.

The Mine Saboteur archetype will soon have access to a new set of Skill and Support gems. Existing gems will be going under significant rebalancing to make the Mine playstyle more of a tactical experience for both new and veteran players.

Potent new unique items, divination cards, and Cassia’s special oils add new powerful items to the game. The new augmented items will allow players to expand how their characters function along with adding any Passive Skill Tree to your amulet.

The entire game is based on allowing players to design their playstyle and characters. They continue to change the way the end game functions and actively pursue investment into new missions over time. They want players to play at their own pace and enjoy whichever endgame Map area they want to instead of forcing players into a special pocket.

Everything in Path of Exile is free to play, and this new expansion will last for approximately three months. This is the start of a new league, so it is a good time to get into Path of Exile with thousands of players flocking to be the first to discover its secrets.

ReadySet Heroes Is Set To Release October 1, It Is Time To Meet Some Of The Colorful Characters That Will Star In This Exciting Game

Feb 26, 2020 Jeremy Green 5570
The coronavirus is affecting so many around the world right now. It seems to be spreading at an alarming rate. It has even made its way into the...

Feb 12, 2020 Chris Miller 5410
Path of Exile is likely one of the best action-RPG loot-grinder titles on PC, bar none.  It's a boisterous claim at first glance, but when you see...