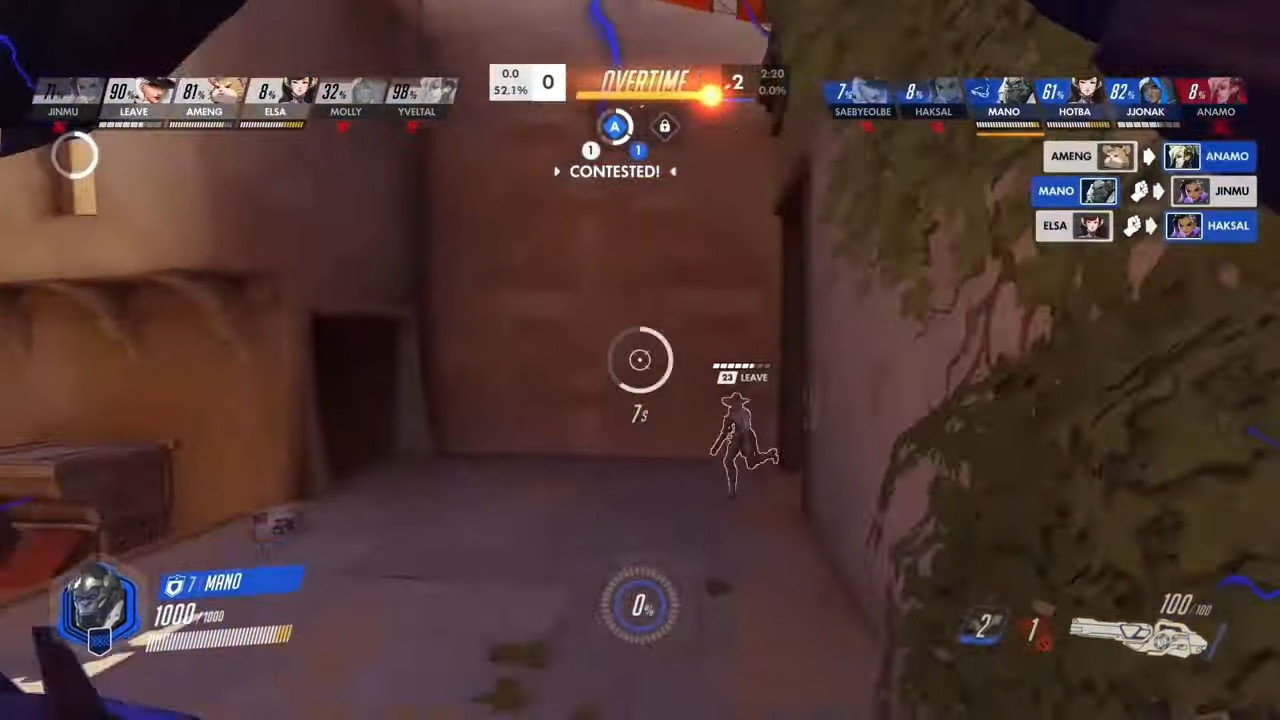 There is nothing worse than an Overwatch League match where one side is getting consistently steam-rolled with no end in sight.

Points are given up, fights are quickly lost, and everyone is stuck waiting for the next match while the clock slowly grinds out seconds before we can all universally agree that one team was dominant based on statistics and points.

Thankfully, Chengdu (#6) and New York (#3) faced off today for the second round in the Asia Bracket for the playoffs, and it was anything but dull as the teams clashed across five maps.

Chengdu were already looking fantastic in their current form after their victory yesterday against the London Spitfire, and was primed to face off against a refreshed New York Excelsior with arguably one of the deepest benches in the league.

Play began on Busan with SBB holding the coat of IGL on Tracer and McCree, and Ameng on his omnipresent Ball. Chengdu held the first round on the MEKA Base after an early cap and successful defense led to a 99%/0%; NYXL managed to retake during overtime and put 75% on the board before Chengdu switched control again and held it to a 75/100. Sanctuary was next, and SBB brought out McCree to fantastic success, consistently poking down enemies and allowing his team members to mop up the remnants.

Control shifted hands multiple times as both teams remained within punching distance of each other; Hotba shoved out a self-destruct on D.Va that managed to corral Chengdu away from the point, and NYXL capitulated in a close 100/99. Downtown was the final map of Busan control, where NYXL held the point with relatively comparative ease, offering NYXL the first point on the board.

Next was the classic map, King’s Row where NYXL began on offense, and Chengdu were playing the spoiler as defense. The first two points fell with relative ease thanks to Haksal figuring out how to play the Sombra, and a fantastic tank-line showing from Mano and Hotba for NYXL which led to NYXL picking up all three points for the first round. Chengdu Hunters clapped back, however, thanks to Jinmu on Widowmaker and Leave on Widow that they didn’t shift from until the final point.

Chengdu Hunters pushed hard on their attack for the second set with both teams time banks running on fumes; a monumental D.Va bomb from Else was followed by Molly pushing a desperate transcendence on Zen failed to clutch the second point by three meters. Chengdu then held the NYXL’s attacking response to five meters away from the victory point, giving Chengdu the point for King’s Row.

The third map was the dastardly Temple of Anubis where NYXL began as offense, and they surprisingly struggled to take the first point until they only had 1:20 left on the clock; the second point was a faster take for them with 2:20 remaining. As hard as NYXL struggled to make the first point turnover, Chengdu had far more struggles on the back of SBB using Ashe and JJonak sleeping everyone in sight: the Hunters managed 93% before the overtime expired.

Havana was up next and Chengdu began on attack where they managed to put three points on the board into overtime, meaning they didn’t have a timebank to respond to what NYXL would put up. Thankfully, NYXL couldn’t put up much: NYXL got stuck between the first and second point while Chengdu swarmed the cart from high ground.

Oasis was the final map with both teams maintaining even keel at 2:2 on the board, but SBB’s Tracer was a horrific sight for Chengdu as he blinked around them and continued to harass, and NYXL took both rounds of Oasis with relative ease.

Chengdu Hunters took the loss, and have been kicked out of the playoffs; NYXL move forwards after a hard-fought struggle.