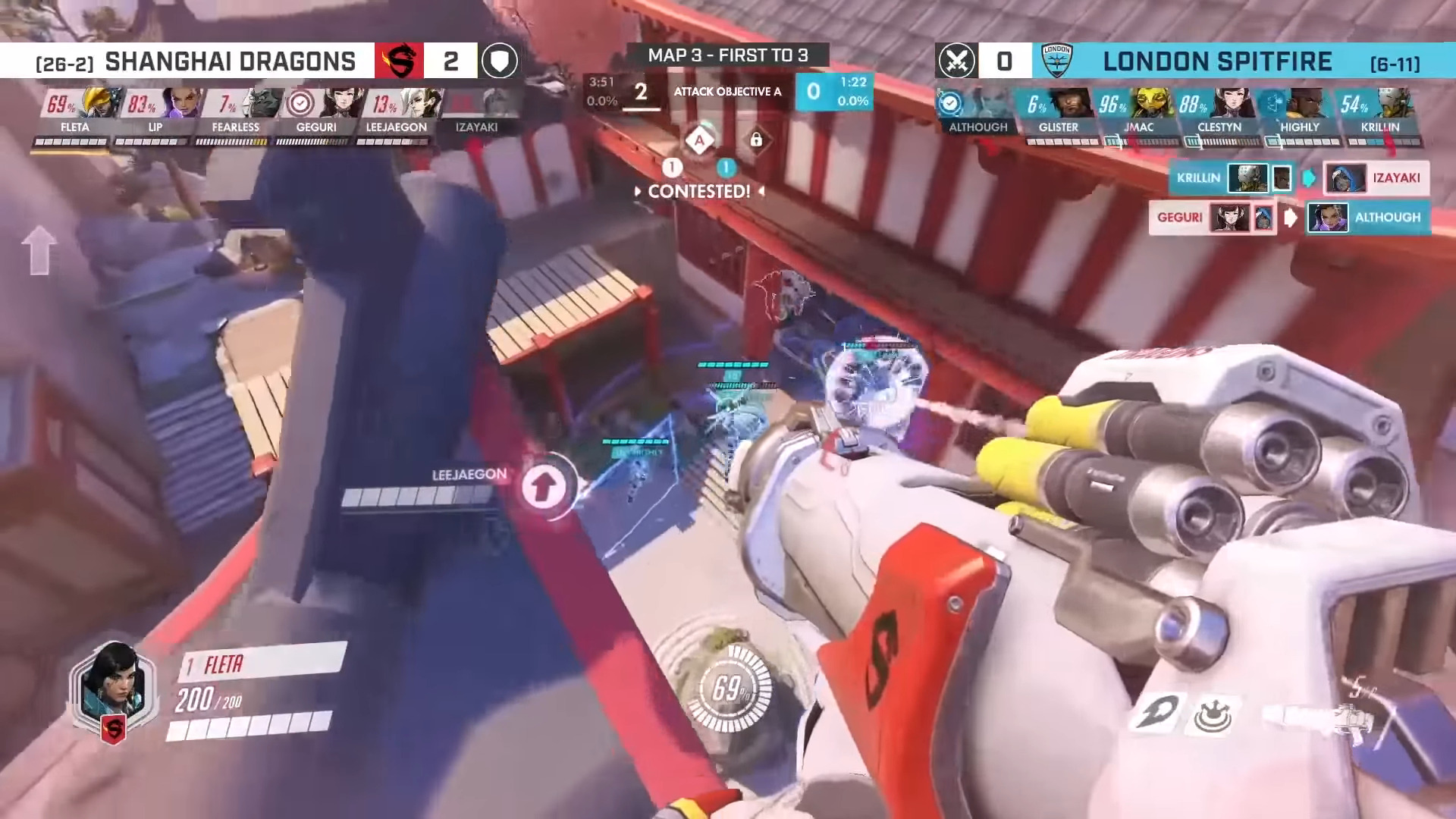 We’re now three matches into the playoffs, and three victims to unsuspected tactics and circumstances: the London Spitfire (rank #17)  have faced off against the Chengdu Hunters (#14) and have fallen wayside while including what may have been the most preposterous C9 seen yet.

A bold claim, considering that the first season was heavily punctuated by people simply forgetting that the payload exists and is actually the vital objective that players generally want to hang out around.

On the second map of King’s Row, London Spitfire was attempting to defend against the final point; they had all six players alive versus the Hunters who only had four alive, and Ameng (playing ball, as is tradition) was slept via Highly’s Ana play on the cart that London failed to contest; Chengdu slept their way to what would be a victory while the Spitfire looked frustrated and more than a bit confused.

As bad as it sounds, it manages to look even worse.

It hurts the soul to watch if you’re a Spitfire fan.

The playoff Bo5 series wasn’t too closely contested, matching the rhythms seen thus far within the playoffs of one-sided stomps and laissez-faire steamrolling of various teams all within the bottom of the Overwatch League standings taking turns slapping each other into oblivion.

The first two maps were Nepal (control) and King’s Row, which Chengdu took with relative ease. Volskaya showed everyone the stance of 2CP and London managed to pull a win for a single point, yet the Hunters simply had too much of a point advantage reaching into the latter half of the series.

Chengdu took Havana, and London took an L in the third match-up of the playoffs so far.

Playoff panda power! The @ChengduHunters defeat the @Spitfire and eliminate them from the playoffs. #LetsGoHunt #OWL2020 pic.twitter.com/cJSdZMVleh

If these matches have fallen relatively flat for you, take heart: September 5 sees the big guns start to finally roll out of the higher brackets with NYXL taking the Hunters on, and Hangzhou facing off against the Seoul Dynasty.

In terms of NA bracket, the higher tier teams should similarly begin facing each other starting on September 5, with Philly and San Francisco both stepping out to face off against any who are willing to challenge their pedigree; or, more accurately,

The Overwatch League playoffs are only just beginning, and they’re sure to deliver a slew of hotly-contested matches as the third season of the League begins to draw down, offering some of the best Overwatch that will be played on stream. It will all (as is currently planned) culminate in one of the first offline tournaments to occur since the pandemic struck the world as the teams travel to Asia (complete with some quarantine) to compete head-to-head as the world watches to see which team has what it takes to come out on top.;