One Unfortunate Elden Ring Player Comes Close To Defeating The Godskin Duo, One Of The Game’s Most Challenging Bosses, Only To Be Let Down 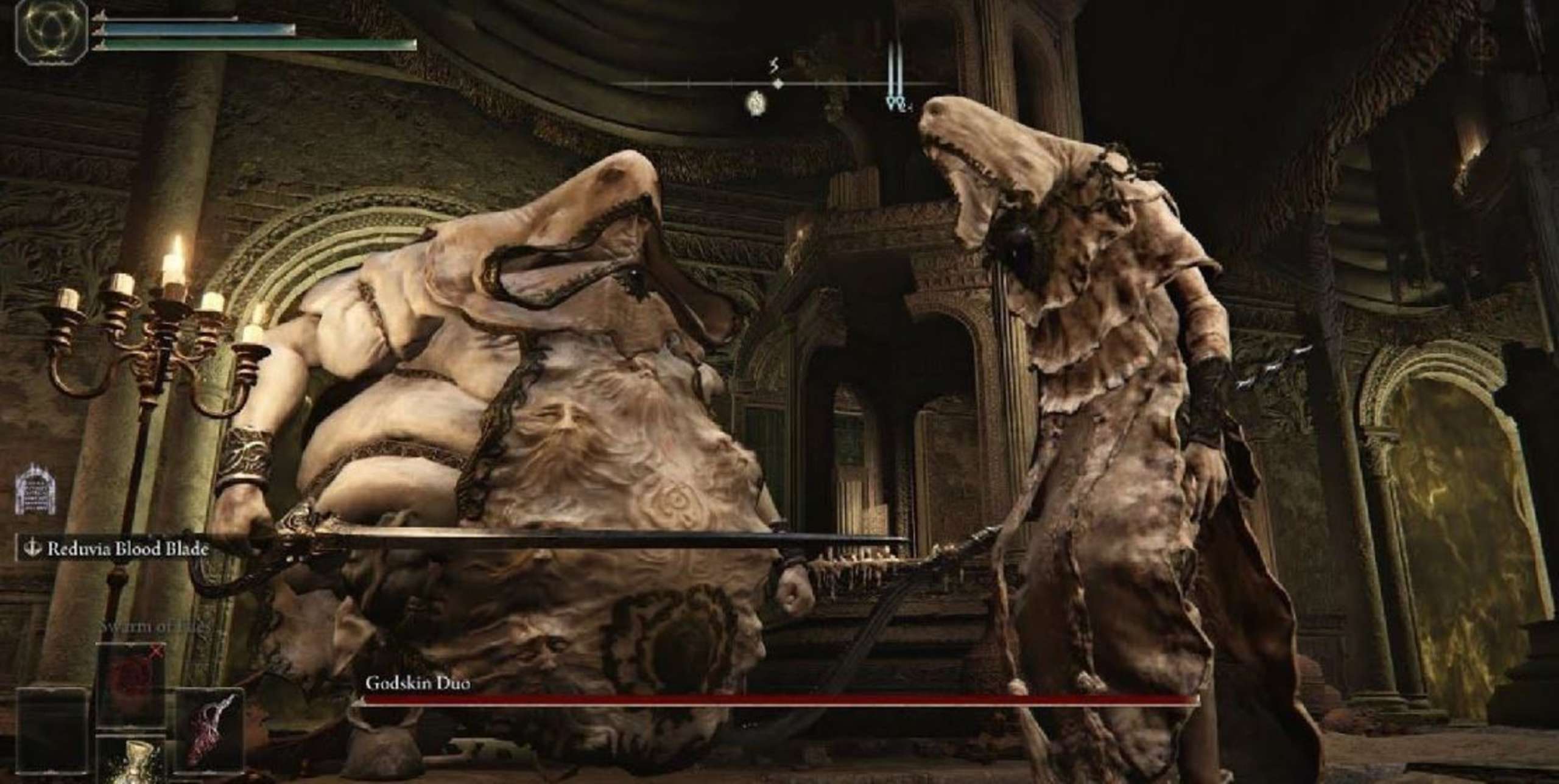 Everybody in the gaming community, fans, creators, and critics has praised Elden Ring for exceeding their expectations. As a result, numerous media outlets and experts deem the FromSoftware game the strongest contender for Game of the Year accolades. Additionally,

Elden Ring, the best-selling Game in 2022, is still a commercial success six months after its release. This success can be credited mainly to the Game’s sizable open environment, which encourages exploration and contains a variety of deadly adversaries.

RELATED: Alwa’s Legacy Is A Unique Adventure In A Fantasy Land Set To Release On June 17, Explore The Land Of Alwa

A battle awaits gamers at every turn as they navigate the estimated 150 bosses dispersed throughout The Lands Between. To make victory more rewarding, gamers frequently spend numerous hours taking down these bosses. The Godkin Duo, a necessary boss that players must eliminate to advance in the plot, is one of Elden Ring’s most difficult opponents.

Since many of the Godkin Duo’s attacks cannot be deflected, many people find the boss battle in Elden Ring to be the most frustrating. During one of these battles, Reddit user Glass-Classic2227 came close to defeating the pair but was let down by the fight’s abrupt conclusion.

The person’s tragic run-in with the Elden Ring boss is captured in a video they released. The video shows the user with a full health bar and an extra flask of crimson tears. Unfortunately, the duo’s sole survivor is the Godskin Noble, whose HP bar is almost empty.

For those who don’t know, the Crumbling Farum Azula sector of Elden Ring contains a boss battle called Godskin Duo that must be defeated.

The player must engage in simultaneous combat with the Godskin Noble and Godskin Apostle, who make up the duo. They each have a single health bar rather than individual HP. The Godkin Duo is susceptible to both sleep and bleeding effects, so players should bring one of those with them.