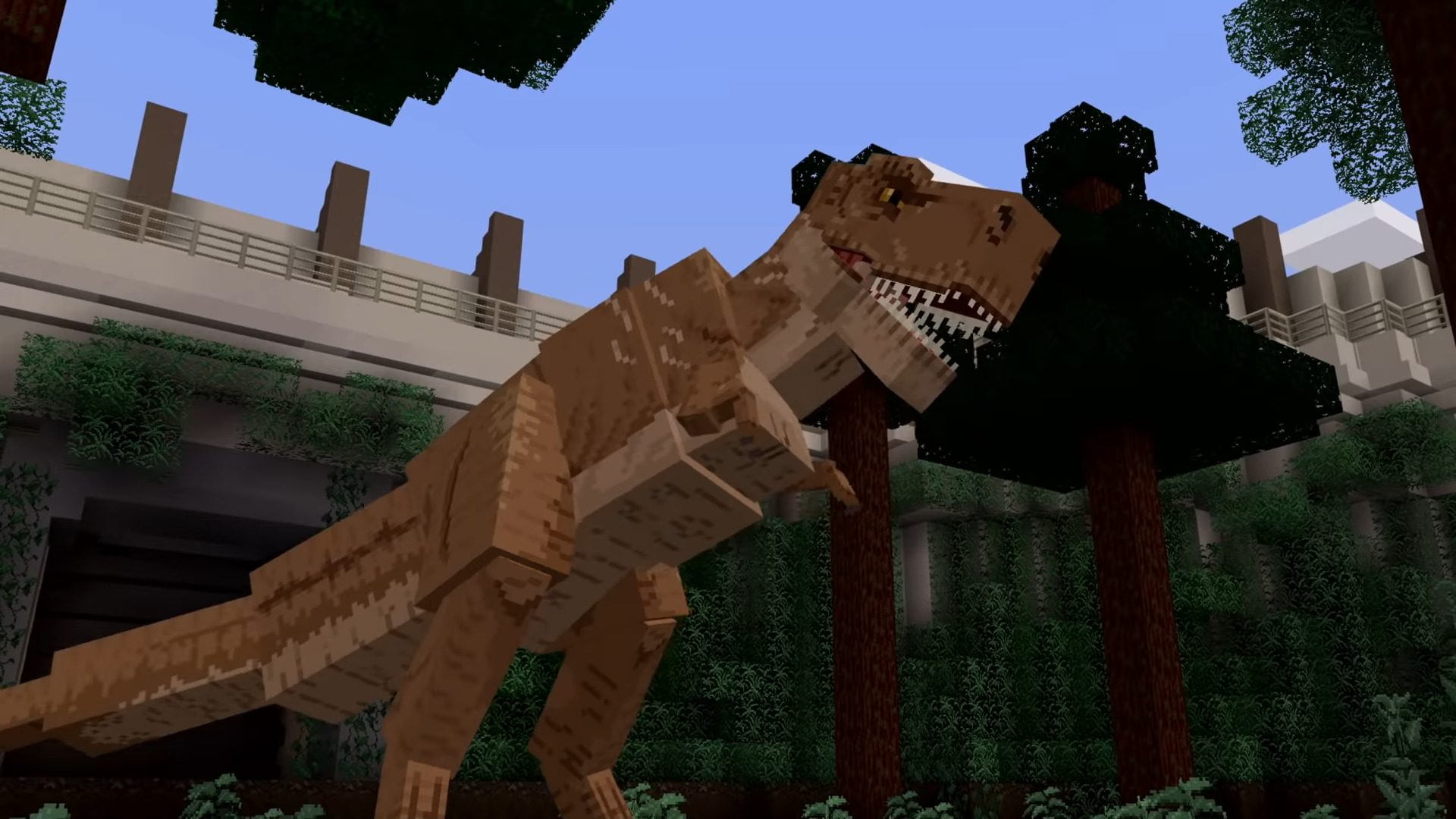 The Minecraft Jurassic World update is now available on the Minecraft store. This sizable DLC includes several locations from the movies, over 60 dinosaurs, and lets you build exhibitions around the park.

You purchase the pack with Minecoins from the store through the Bedrock edition of the game. The DLC plays out like an adventure map, but you also get to interact with the park.

By far the best thing about the Minecraft Jurassic World DLC is the dinosaurs. The models are amazing, with distinct designs that look fantastic with the DLC texture pack.

Yes, there are T-rex and Velociraptors, as well as plenty of other dinosaurs recognizable from the movies.

There is also a lot to do in this DLC pack. The game is still fundamentally Minecraft, which means you can craft as you ordinarily would, but you can also train dinosaurs, build exhibits, manage the park, and hunt for unique dinosaur DNA.

Hunting for dinosaur DNA is the main progression point in the game. Collect enough DNA and you’ll be able to craft different types of dinosaurs to put in your park, including special species such as the Bioluminescent Triceratops or Colorful Triceratops.

Building the exhibits is also pretty fun. You can manually build the different buildings or use a Quick Build function to set up everything your new dinosaurs need very quickly.

Dotted around the gigantic map are various places to explore, including a warehouse full of tools, a golf course, and various dinosaur exhibits. Look out for some secrets placed around, as well as in-jokes from the various movies.

You can also ride around the map in a classic Jurassic Park car or an ATV, you can even find a helicopter. This is the easiest way to navigate the huge map on your hunt for dinosaur DNA.

New items include Anti-Dino armor, a Machete for cutting down the grass, and a stun-stick for taking out dinosaurs without killing them. Many items have been changed in the texture pack as well.

The Minecraft Jurassic World DLC is $7.99 on the Minecraft store which is a pretty reasonable price for such a large DLC pack. This is the most comprehensive Dinosaur addition to Bedrock although there are several Minecraft mods available on Java that do something similar.