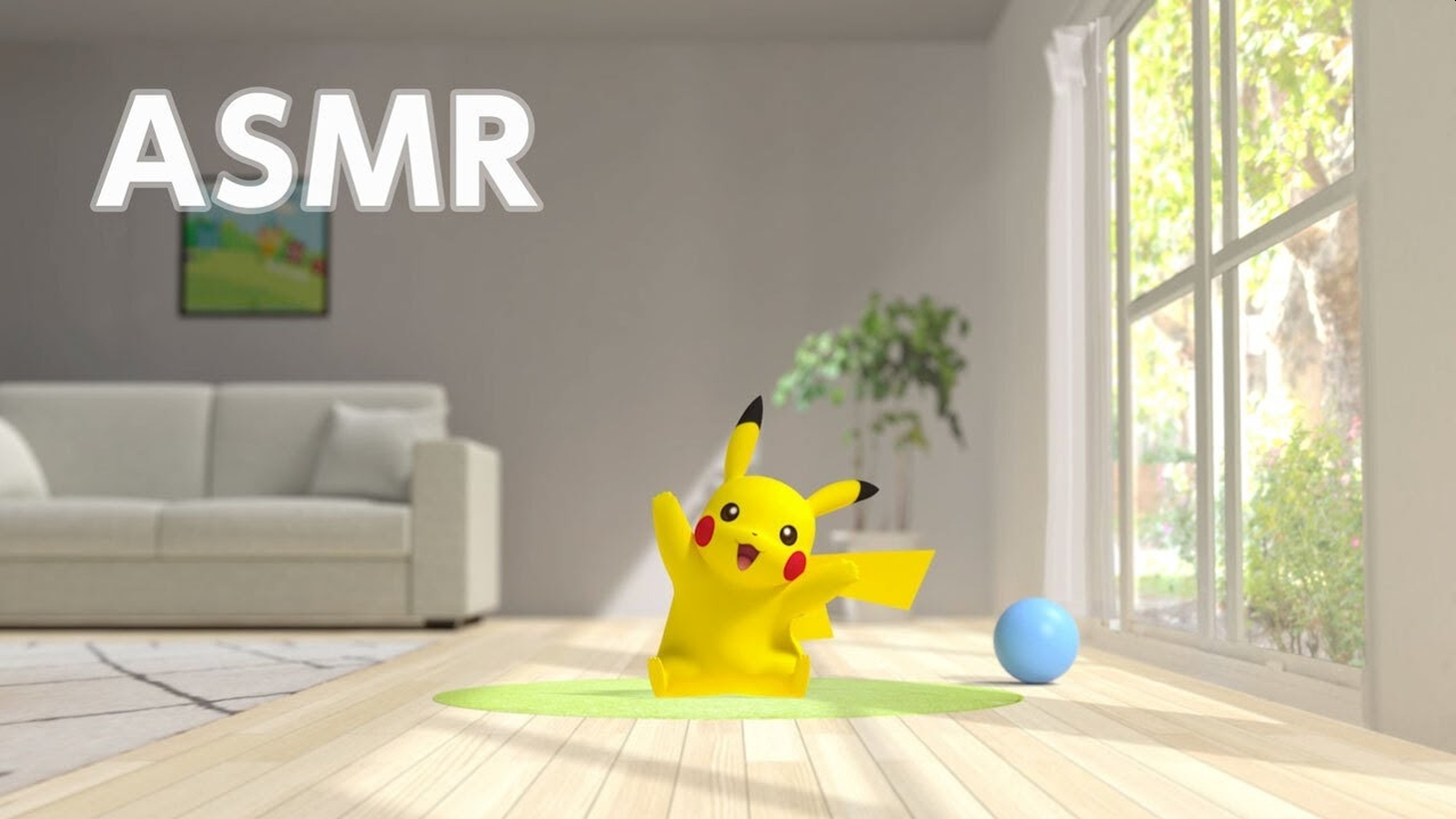 The official Pokémon channel has released a new Pokémon-themed ASMR video. The company has previously released videos in the series, such as a Charmander sleeping in front of a fire and Squirtle playing at the beach.

The ASMR videos are on the Japanese channel but don’t contain any spoken Japanese. The content is all spoken by the Pokémon, who have their own unique languages.

Pikachu is the latest to have its own ASMR video titled “Pikachu by the Patio.” The Pokémon sits inside a house in front of a window and white couch. Pikachu runs around, gently says its name, and kicks a ball. Most of the video showcases an empty room with a few scenes of Pikachu playing, but otherwise, it could relax players with a character familiar to them.

In the middle half of the video, Pikachu falls asleep on a green rug. Pikachu sleeps soundly in front of the open window for several minutes. Unfortunately, it’s startled awake by a Mimikyu and runs up to the screen for comfort.

RELATED: Tasha’s Cauldron Of Everything: The Circle Of Wildfire Druid Gets Fiery Final Print In Wizards Of The Coast’s Newest Rules Expansion

The video recreates the feeling that Pikachu is in the same room as the viewer. Those watching the short video can hear Pikachu’s footsteps as it runs around the room, whispers, and high-pitched voice as it communicates by saying its name.

After assuring the scary noise is gone, Pikachu goes back to finish its nap in front of the open window. While the video isn’t as action-packed as the animated adaptation or game, it’s cute and relaxing.

The new Pikachu-themed ASMR video is around 15 minutes long. Players can watch the video to relax and enjoy watching a Pikachu play in various ways.

Nintendo recommends wearing headphones or earbuds when watching the video to experience the full effects.

The Pokémon Company often releases new content and merchandise related to Pikachu. A few months ago, they released a “life-sized” Pikachu that kids could ride on or that adults could use to lean on. It also served as an adorable way to decorate one’s home.

Nov 3, 2022 Tom Lee 80
A Bulbasaur with retractable vines was built, 3D printed and displayed by an inventive Pokemon fan. As a result, many more enthusiasts have expressed...