Minecraft is a vastly popular game that just during this quarantine has substantially increased its monthly active players; back in May, Minecraft topped 200 Million sales and had an active monthly player base of 126 million.

Minecraft’s increase in popularity led to a substantial increase in the active monthly player base to closer to 132 million, reflected in the MCchampionship’s views being substantially increased to up to 50,000 viewers across both YouTube and Twitch.

The veteran player has long requested Minecraft’s cave update, and Mojang announced that during Minecraft Live that the next feature update will feature a massive change to the Minecraft caves.

One massive change is the introduction of Copper Ore, which can be found throughout the new cave systems and spawns in large ore veins. 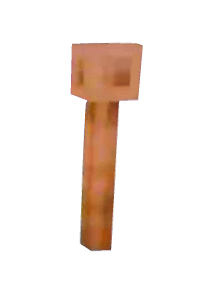 The Lightning Rod can redirect any nearby lightning to the top of the rod, preventing any flammable structures from catching fire during thunderstorms. This is perfect for Pixel art creators who like to use cotton as their base material.

The main concern for these builders is the fact that a single lightning strike could destroy all of their hard work. 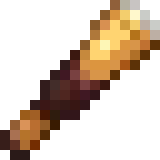 The second functional item that can be made using the new ore is called the telescope, this telescope is crafted using both copper and crystals, which allows players to see far away in a small circle. This is a perfect way for players to scout an area long before actually setting foot on the new landmass! 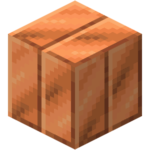 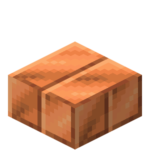 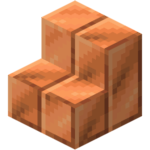 Copper can be used for more than just functional items; it can also be used in decorative items, including Block of Copper, Copper Stairs, and Copper Slabs.

These blocks have a feature that no other blocks in Minecraft have; this feature hs that the copper slowly develops a pale green completion over the course of days. This process can be sped up by various weather conditions such as rain.

This process usually takes sixteen Minecraft days to go from the original copper orange color to the pale green, oxidized color scheme. All of these blocks take the same amount of days to change in color.