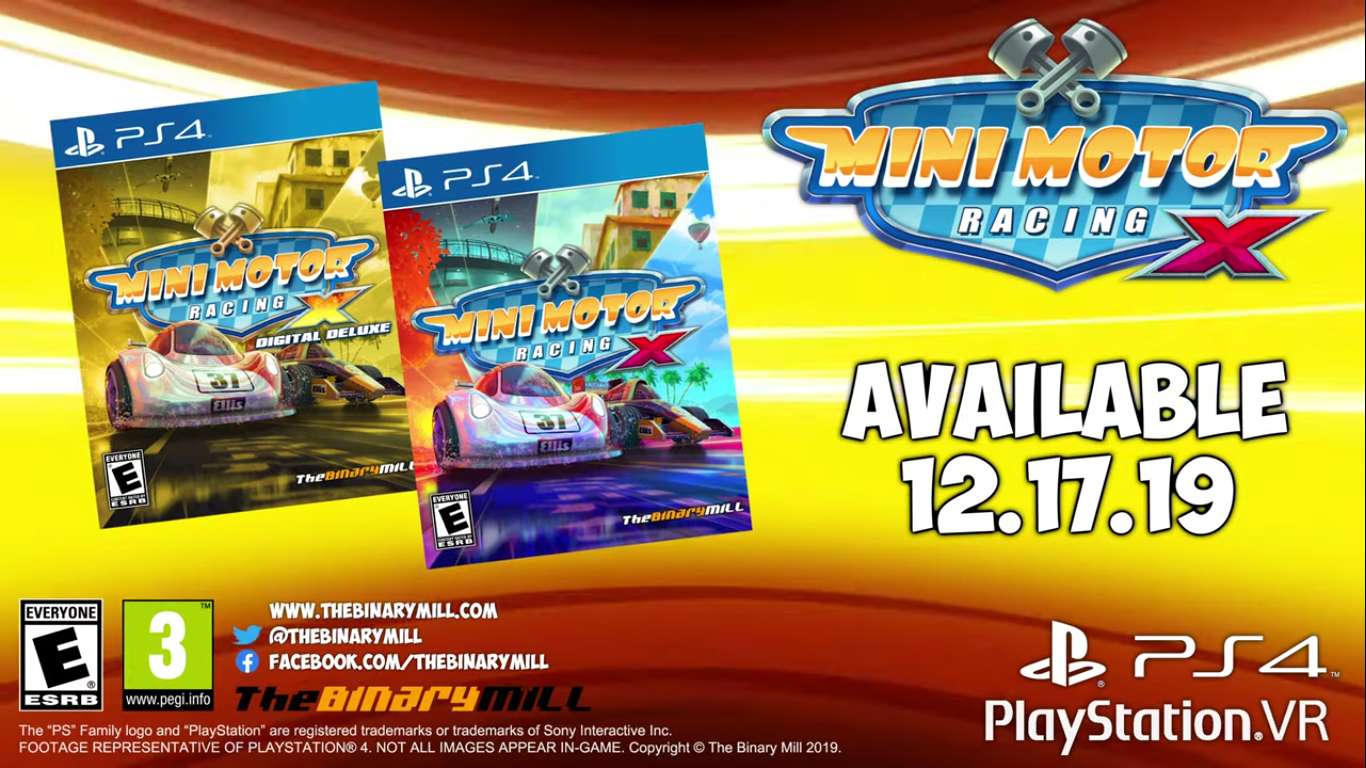 For the first time in series history, Mini Motor Racing is coming to the PlayStation 4. The game is a top-down arcade-style racer. It is basically a top-down RC car racing experience that pulls inspiration from Super Off-Road, RC Pro-AM, and Micro Machines. This is going to allow you to race in boost-fest battles of racing madness.

It is a fast, simple, and fun game that reminds many fans of the games of their youth. There used to be a very large amount of these style games in circulation, especially during the N64 era. This edition, Mini Motor Racing X, is bringing tons of new content to the franchise.

There is tons of new content headed to this game, but the one that’s got tons of players excited is the addition of the Type X Combat Mode. This is one of the most asked for modes to the game, and now it has finally come. Type X lets you play the entire game with the addition of some very destructive weapons.

Heat-seeing rockets, wrenches, shields, mines, and much more can be used to wipe out enemy cars and speed your way to victory. This adds new destructive fun to the game, but do not worry; the original weapon-free option is still available in its own “classic” career and modes.

Virtual Reality is adding a whole new perspective to this game. You can now loom over the track and peek around corners as you speed your car around sharp corners. If that is not for you, the VR function also lets you jump right into the car for some hectic first-person action. These functions are also available if you don’t have VR headsets, so no worries if you want a first-person perspective.

There is also now a Bumper Ball mode that lets you bounce around a ball and basically play Rocket League in a mini form. What might be up more people’s allies is the new co-op mode. You and a friend can play through the entire career mode with a friend in local couch co-op or online. This mode lets you bring your friends with the entire game experience.

Outside of features, there is also the crisp 4k resolution that the PlayStation provides. The game can now be experienced in glorious 120 frames per second. The developers were also able to add new control schemes to the game allowing for full use of the PlayStation 4 controller.

Mini Motor Racing X is expected to release December 17. It will be a PlayStation 4 exclusive, but hey, at least it uses VR functionality. 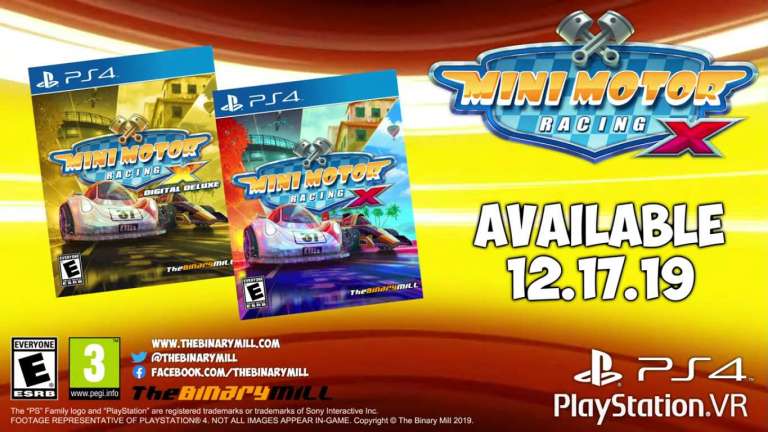 Dec 11, 2019 Joshua Goodpastor 7250
For the first time in series history, Mini Motor Racing is coming to the PlayStation 4. The game is a top-down arcade-style racer. It is basically a...