Minecraft’s Dolphins May Just Be A Perfect Pet: They Allow The Player To Swim Faster In Water And Are Extremely Playful! 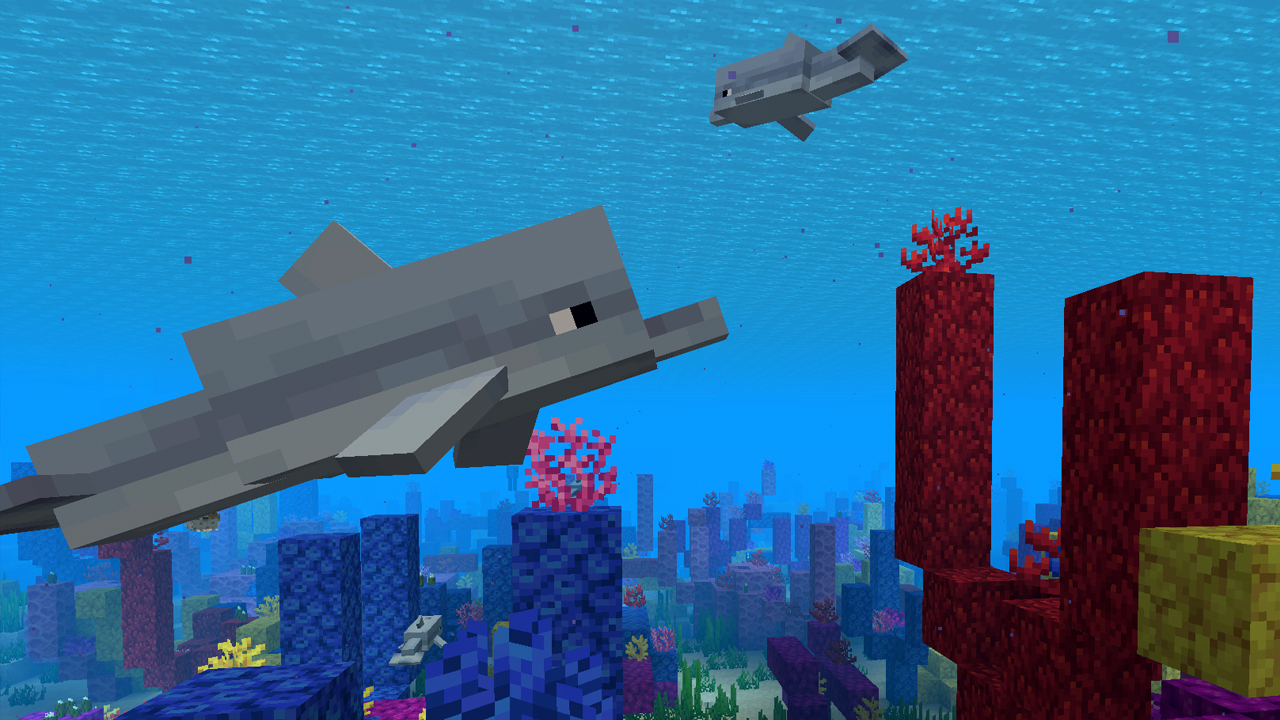 Dolphins were teased back during Minecon Earth all the way back in 2017, and this mob was shown to look substantially different from how they look in Minecraft currently.

The design change is a welcomed one as the current design allows this mob to look adorable while jumping and out of the water or while swimming around the player. The original Dolphin design is shown below. 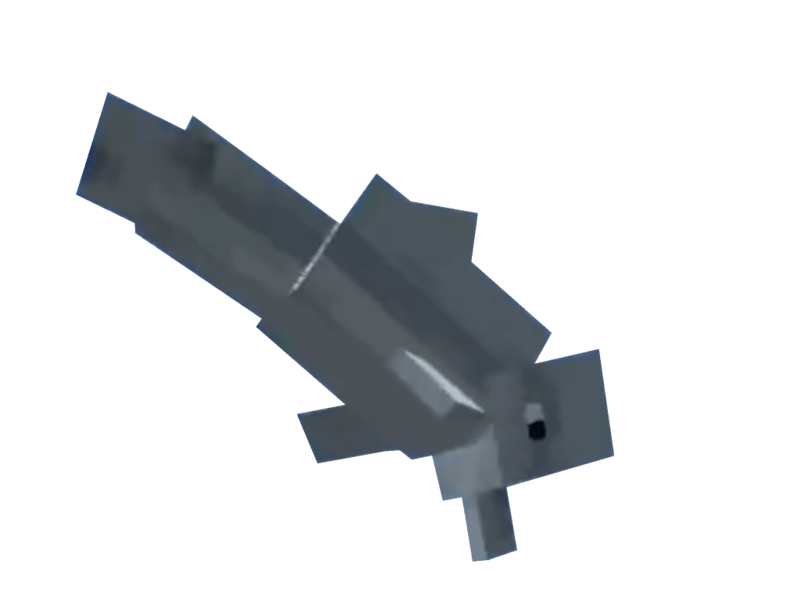 Dolphins normally swim in groups, occasionally leaping out of the water to get air, Dolphins are also able to jump from one body of water to another. They are only able to do this if a small space of land is between the two bodies of water.

Dolphins are so playful that they will chase after players that are riding in boats. If a Player Sprint Swims near a dolphin, usually within 9 blocks of a Dolphin, they will receive a special effect called Dolphin’s Grace for 5 seconds.

This effect greatly increases the player’s swimming speed specifically, in addition to the boost in speed, players are much more maneuverable in the water.

This allows the player to make quicker and sharper turns while swimming. In the Java edition of Minecraft, this effect is present while in the Bedrock edition, players receive just a simple boost of speed without the special effect.

In the Java edition of Minecraft, Dolphins are used by dropped items that are inside nearby water blocks, knocking the item around and chasing them. If the Dolphin can’t find a path to a dropped item, the Dolphin may stay underwater to the point of drowning.

To gain the Dolphin’s trust, the player needs to feed raw cod or raw salmon, this increases the “trust” of the Dolphin, and this amount of trust is equivalent to the amount of fish fed.

When a Dolphin is fed raw cod or raw salmon, the Dolphin will swim to the nearest shipwreck, buried treasure, or ocean ruins.

The Dolphin doesn’t swim to the structure instead of swimming to the chest itself, and this means that if the player destroys the chest Dolphin was swimming towards,  the Dolphin will begin to swim towards a new chest.

I think the speed boost that players will get from swimming with their Dolphin and the fact that the Dolphin can find a chest located in an underwater structure makes them a perfect candidate to be a player’s best friend!

Aug 8, 2022 Robert James 300
For the past ten years, players have been able to construct anything they want in Minecraft. This has inspired a variety of incredible inventions...