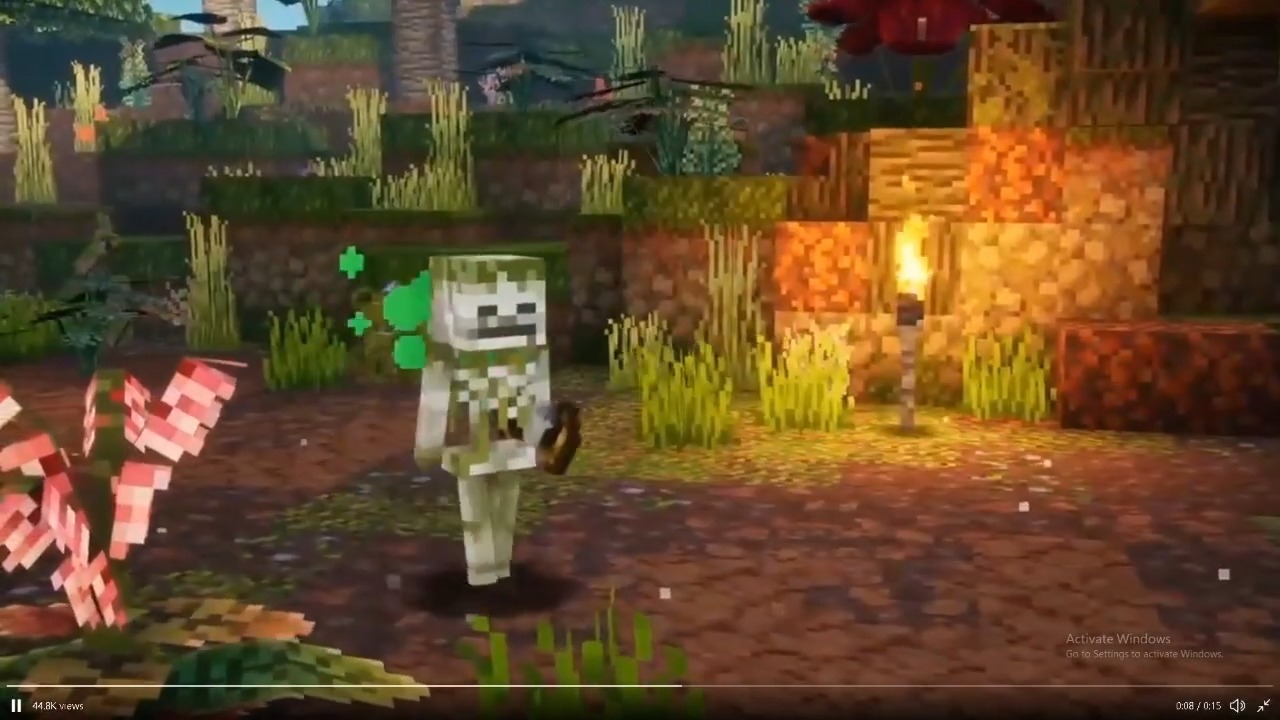 The gentle experience into the ARPG genre known as Minecraft Dungeons already has its first DLC on the way titled Jungle Awakens, and it’s dropping on July 1st of 2020.

Minecraft Dungeons originally released recently on May 26, 2020, to a generally warm reception. It plays well enough, although more hardcore players that are used to titles such as Path of Exile might find the title lacking in its more gentle nature which is exacerbated by the standard flavor of Minecraft.

Readily identifiable monsters invoke more nostalgia than fear, and the biomes seem more inviting than treacherous regions filled with corpses of dead adventurers, but it absolutely has loads of charm to spare.

The success of Minecraft Dungeons, whether due primarily to the Minecraft franchise strength or that it’s a successful gateway drug to the soul-sucking fun that is hardcore ARPGs, means that the first DLC is already ready to hit next week.

This first DLC is bringing an assortment of weapons and armor, new artifacts, and three new story missions for players to explore and conquer while working your way through a biome filled with lush bamboo sprouts and verdant springs.

Sweat drips down your brow. A wall of vines blocks your path. A distant rumble of something stirring deep in the undergrowth.

Your adventure is far from over! The first DLC, Jungle Awakens, arrives July 1st – already included with the Hero Pass!

If you’re not thrilled about the idea of Minecraft Dungeons already offering its first DLC (which Mojang has not listed the price for on the website as of yet), Jungle Awakens is also coming with a free update which includes a brand-spanking-new Lost Temple dungeon.

We’ll leave it to your imagination as to what biome will likely be featured.

If you’ve picked up the Hero Edition of MD, then you should already know that Jungle Awakens is included with the pack; you can also upgrade your standard edition to the Hero, which offers the DLCs for free.

With new mobs and a new boss (the fearsome Jungle Abomination), pandas, and enough ivy to turn your friends green with envy, the first DLC pack for Minecraft Dungeons is looking like a fantastic romp through a unique setting, even if the mission count feels a little low for setting the future DLC standard.

The next planned DLC is called Creeping Winter, and will fittingly be arriving a bit closer to winter in 2020. But more is on the way, and there are very little signs of Mojang stopping as long as they’re rolling with pleased users. It might be worth peeking at the Hero Edition.

July Fish And Bug Guide For Animal Crossing: New Horizons - All-New Critters And How To Catch Them

Jan 20, 2021 Harry Alston 1590
It's a new year, and that means more Minecraft updates in the run-up to the Caves and Cliffs update in the summer. These snapshots include small...

Jan 6, 2021 Chris Miller 1200
In a blog post on Minecraft.Net, Microsoft has announced that Minecraft Earth is coming to an end that seems at least tangentially related to the...

Dec 19, 2020 Evan Federowicz 3370
Minecraft Dungeons has been updated and had three DLCs added into the game. The first DLC was called Jungle Awakens, which featured significant...