Minecraft Conduit: The Item That Grants Status Effects To Everyone Around It

Minecraft’s Conduit was added in back in the 1.13 update for the Java Edition, and for the Bedrock, edition Conduits were added in the 1.5.0 update.

These items add effects to nearby players, and these effects include water breathing, night vision, and haste status effects all of these effects are great to have when stuck underwater as players are often slower and cannot see underneath the water.

Minecraft’s Conduit is crafted through a total of eight Nautilus Shell and a single Heart of the Sea, after crafting the Conduit players will still need to activate the Conduit. The trouble comes in getting the Heart of Sea, which can be found by following a treasure map to the location and uncovering the treasure chest hidden away in the ground.

To activate Minecraft’s Conduit, players will need to place the Conduit in a valid prismarine/sea lantern structure to activate it. With the Conduit activated, a player could easily set up an underwater base perfect for players that either want to remain hidden or keep an element of surprise to attackers in a multiplayer server.

This act also acts as an achievement; the achievement is called the Moskstraumen; this achievement earns the player a total of 50 G. 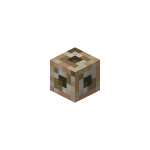 This frame can only consist of a few types of blocks, and these blocks include Prismarine, dark Prismarine, Prismarine Bricks, and Sea Lantern. This frame requires a minimum of 16 blocks to produce a minimum range of 32 blocks.

This item is able to grant these effects within a spherical range of 32-96 blocks. The Conduit also emits a light level of 15, and this light level is the brightest in the game.

With the Conduit offering power and light, this item should make an easy addition to virtually any base that is near water or in a rainy biome.

Destiny 2 : Agent Of The Nine Returns With Suros Regime Weapon On June 5th-9th