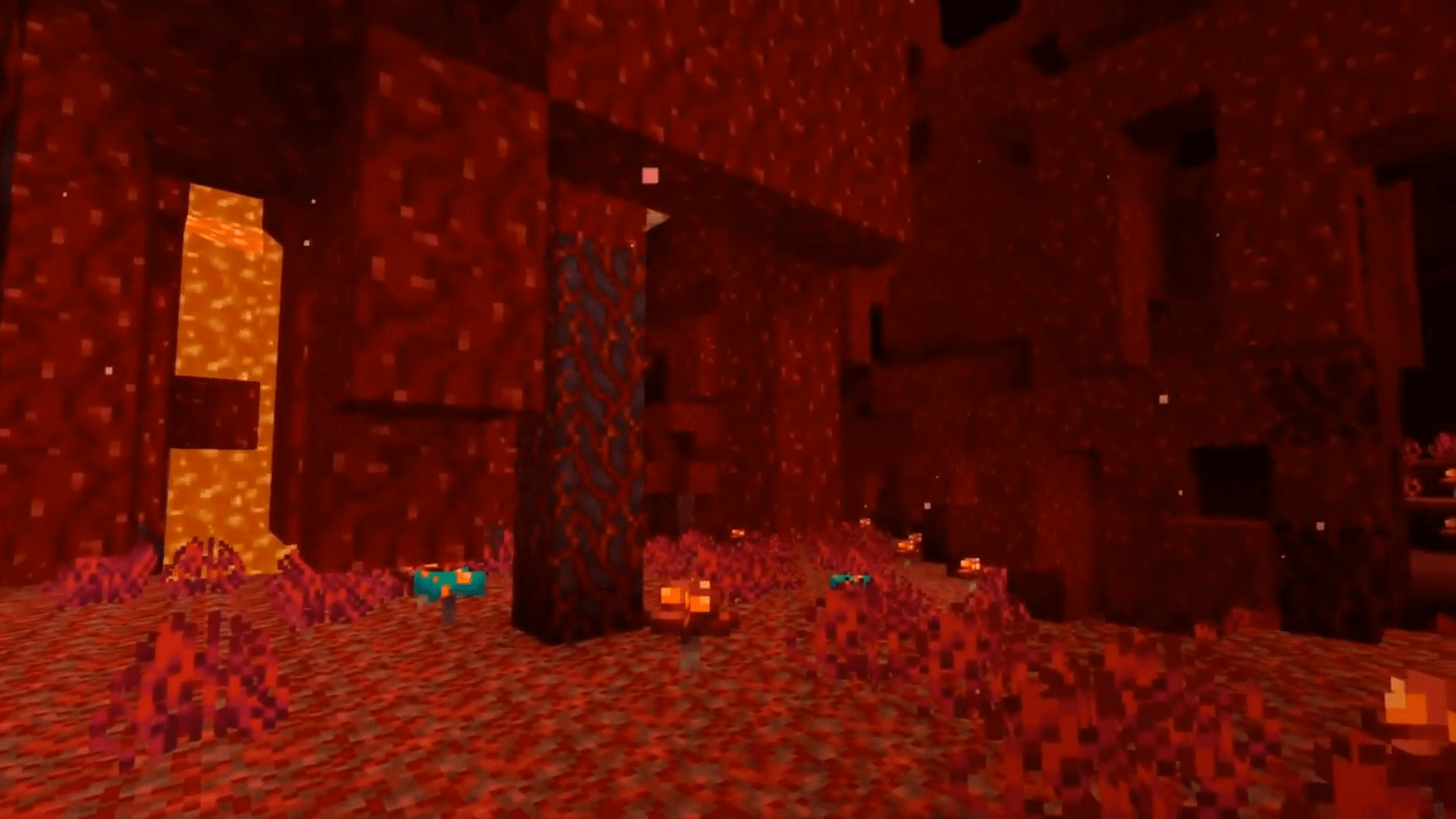 The nether has always felt empty to me in Minecraft; it’s supposed to be an entirely different world, and it simply felt vacant in execution.  Sure there was lava and a fortress or two that you could stumble across, but in comparison to the overworld, the nether never really held a candle to the diversity found elsewhere.  It was, at best, a means to progress into end-game.  All of that changes with the most recent Minecraft update, 1.16.  This snapshot (20W06A) is called the nether update and actually adds some meat onto the dry carcass that is the nether.

First, some tweaks: knockback is now dependant on resistance rather than probability, allowing for more regular and consistent knockbacks to occur in combat.  Patrols don’t spawn anymore when players are close to villagers; meaning no more surprise ambushes as you’re on your merry way to upgrade the village idiots.

Beyond that, we also have some new delicious features to sink our teeth into, and they all revolve around the nether.  Three new biomes are now generated in the nether; Soulsand Valley, Crimson Forest, and the Warped Forest.

Some trees whisper in the wind, but these particular trees were screaming at us that they’d rather be called Crimson Forest and Warped Forest from now on. Fine, trees – here’s our first Java Snapshot from the all-new Nether!

The two new forest biomes also bring two new types of wood: Crimson Forest and Warped Forest, with equally fantastic art.  Both wooden blocks act as wood ought to, and as players would expect.  Also included is Weeping Vines; they creep downwards over time when placed. Crimson spores will float through the air of the Crimson Stem biome, which is recognizable by massive mushrooms that sprout from the floor.  The new mob called Holgins also wander around the Crimson Stems, but they don’t do much other than wander at the moment.

Warped Forest is…disappointing similar to Crimson Forest, but with a different color scheme.  The primary difference is that the Warped Forest is a relatively passive biome; the safest biome in the nether.

A new block called Soul Soil can also be found in the nether, acting similarly to netherack that burns eternally.  Soul Soil, however, burns with a pretty radical blue flame.  Soul Soil can be turned into Soul Torches, which can then be turned into Soul Lanterns.  Lots of new prettiness to explore for courageous adventurers that find themselves interested in exploring virtual hell.

Finally, in this quick overview of what 1.16 is offering, is Netherite.  This ore can be used to upgrade your diamond armor and weapons, so expect a bit of a hassle in regards to the work necessary to craft the new ore.

In the lower parts of the nether, you can find mineable Ancient Debris, which you’ll then need to smelt into Netherite scrap. Combine four Netherite Scraps with four gold ingots, and you can make a singular Netherite ingot.  Netherite items will float in lava, making their retrieval far easier when you take a steamy dip and are stronger than diamond across the board.

It’s an exciting time to be a Steve; get out there and go explore!