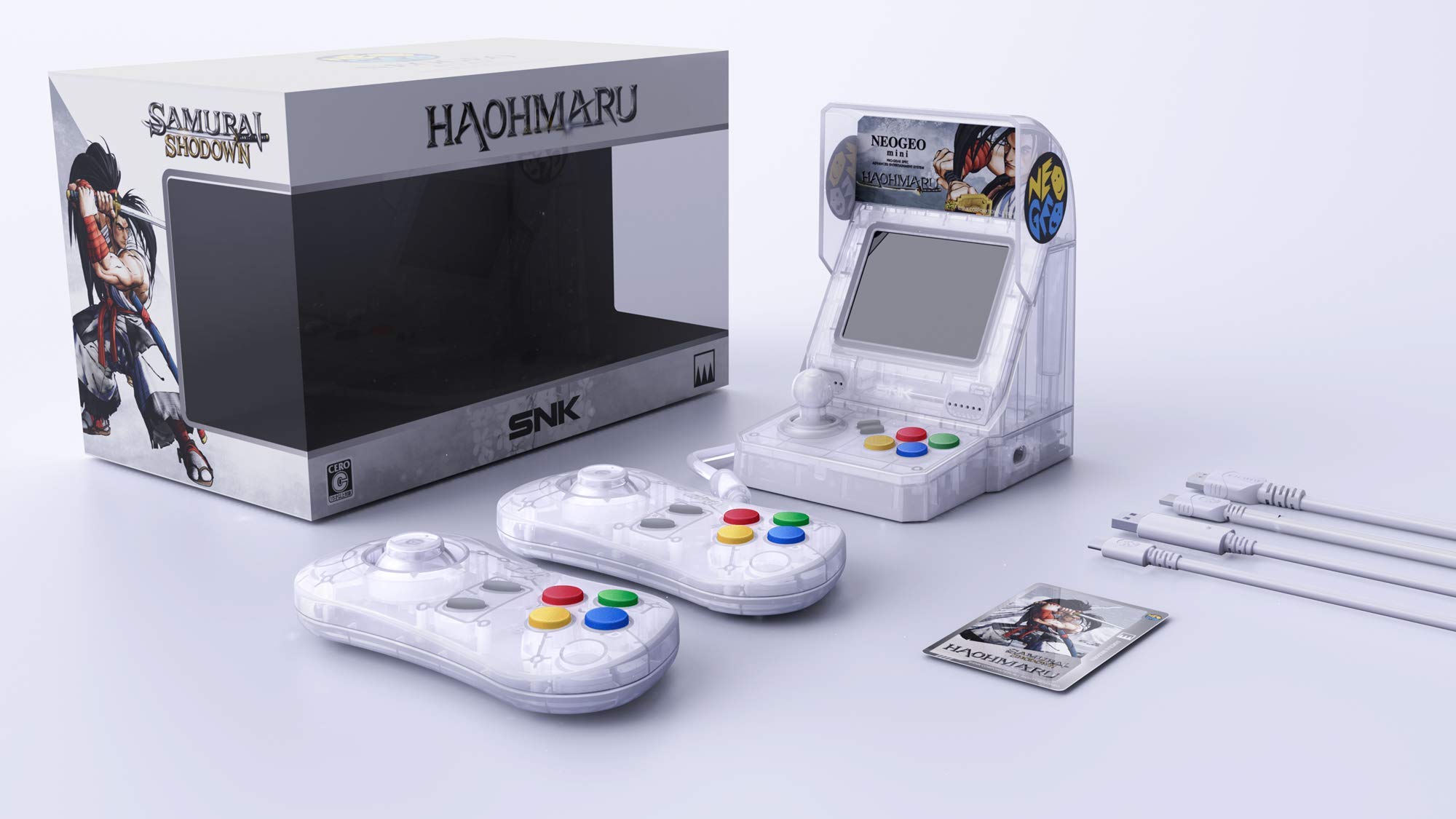 With all the miniature classic consoles coming out these days, it’s easy to overlook some of the more interesting ones out there. When SNK announced they would be releasing their own NEOGEO mini device, arcade fans were incredibly excited. The company is responsible for some of the most well-known arcade games of all-time, after all.

While the basic NEOGEO Mini is still readily available, the Samurai Shodown limited editions sold out as quick as they arrived. Luckily, SNK has produced more of the consoles, and the bundles are currently available for preorder.

There are three variations available, each one featuring a unique color and art based on a character from the Samurai Shodown series; Translucent White for Haohmaru, Translucent Blue for Ukyo, and Translucent Red for Nakoruru. The two wired controllers are also unique to each console as well, whereas the standard NEOGEO Mini only comes with traditional black and gray. Check out the images below. 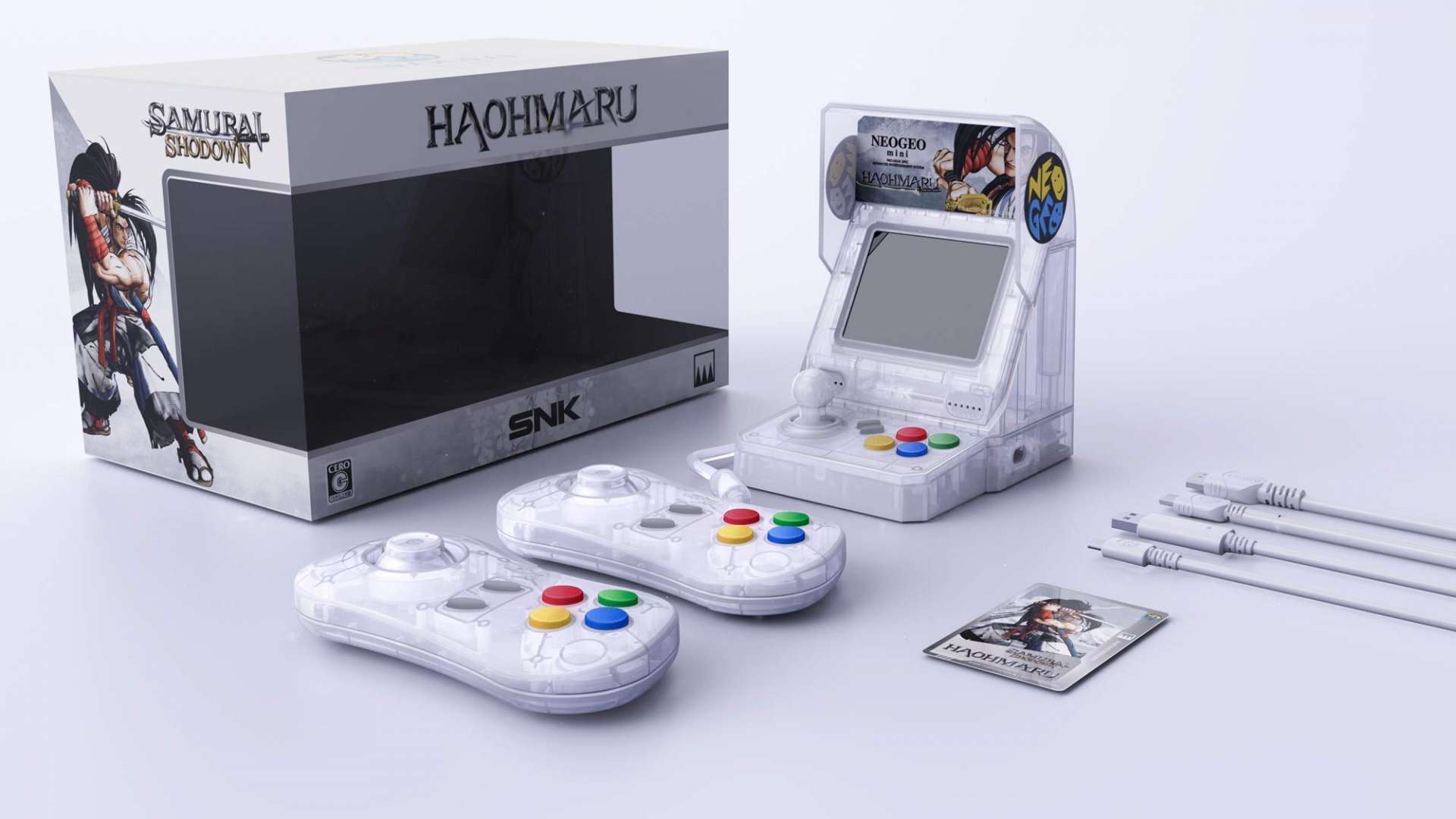 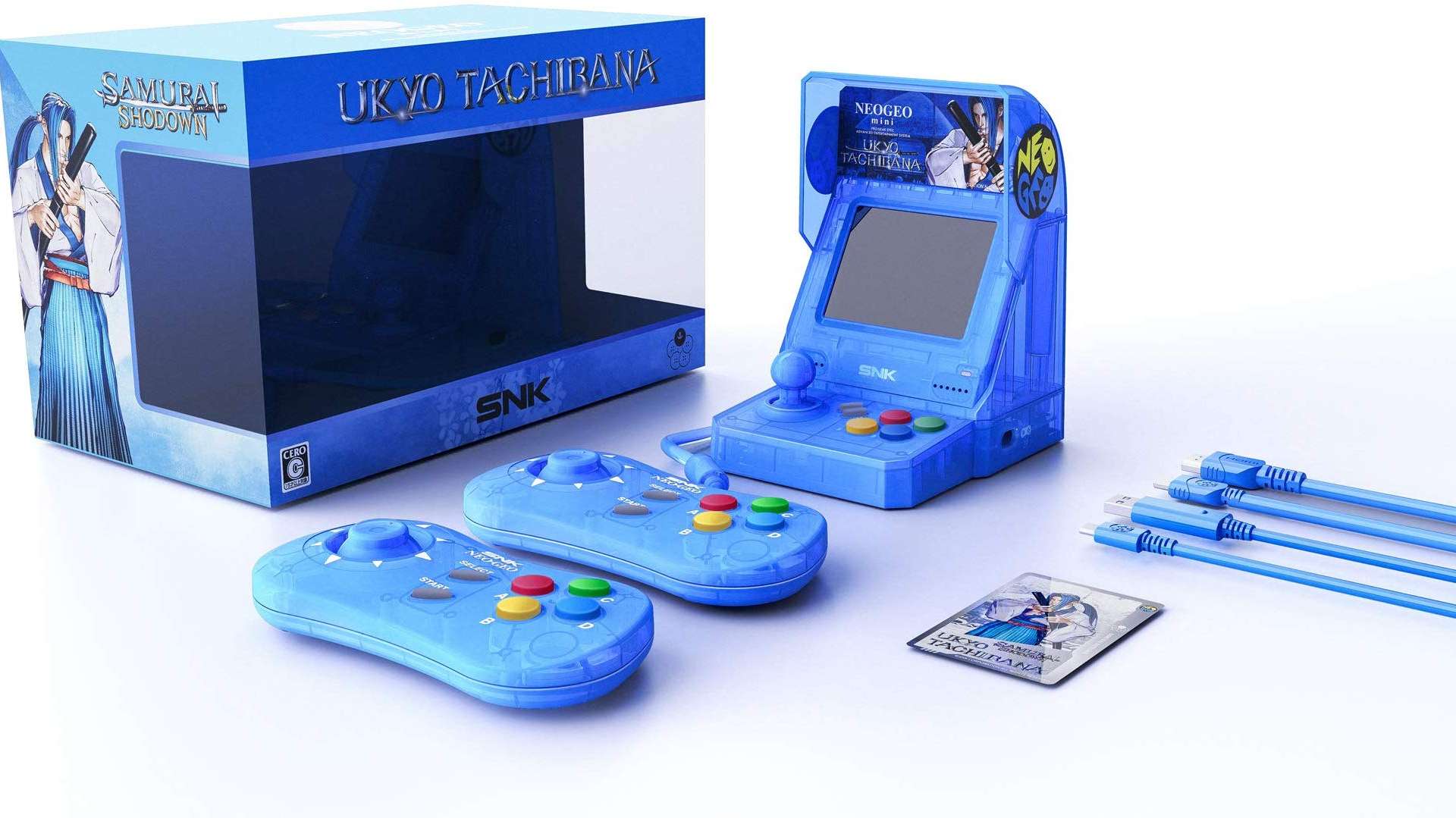 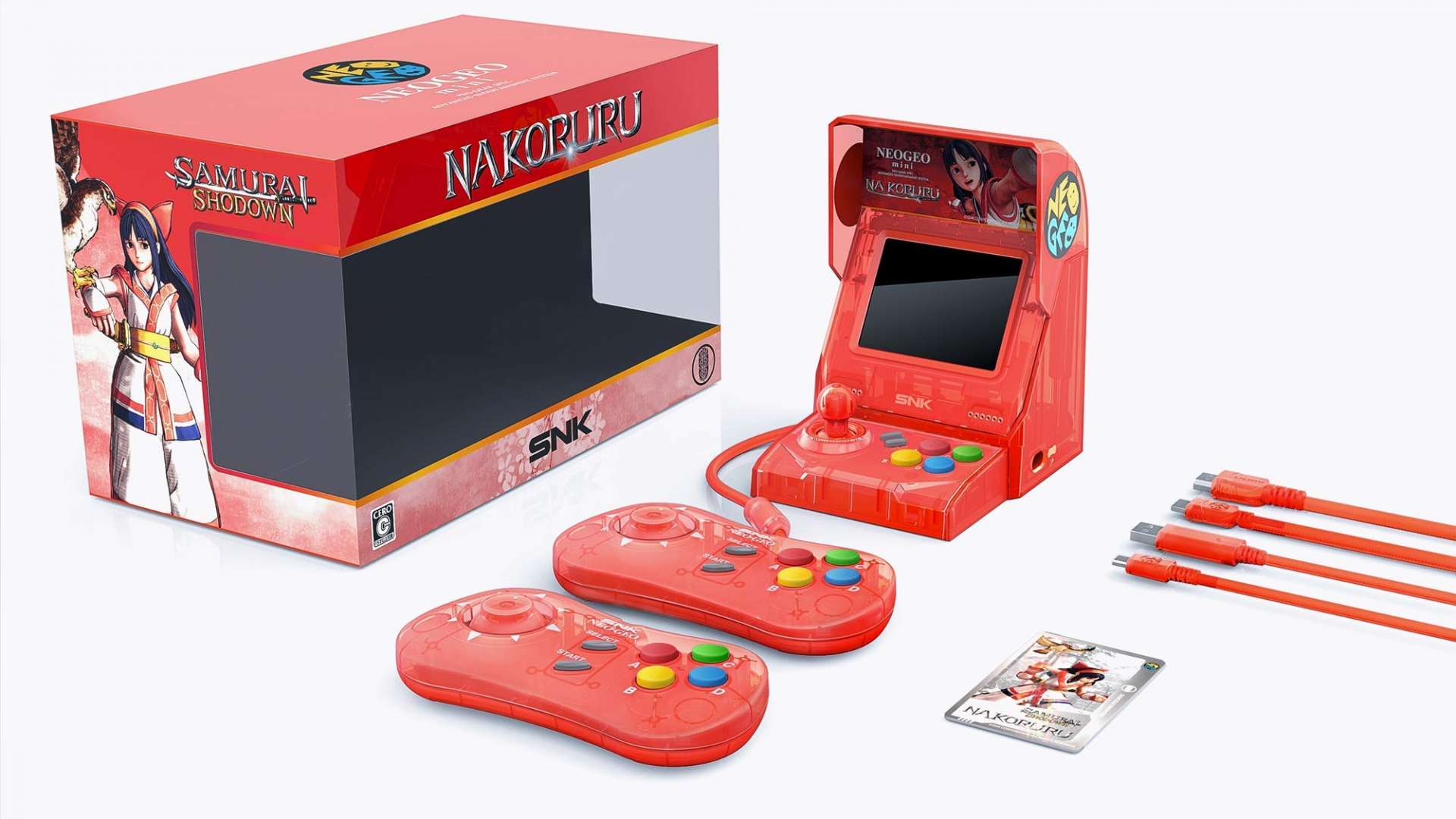 For those who may not be familiar with NEOGEO or its game offerings, it’s understandable. Though the arcade systems were huge hits back in the day, the home console version sold quite poorly in the west. For enthusiasts, it was a must-have, but for the average consumer, they high price-tag and cost of cartridges was far too high.

Despite the system providing arcade-quality games in the home, many just were not willing to shell out $600 for a console, and sometimes $200 or more per game.

SNK has been very kind over the years, however, with re-releasing their games on multiple consoles. Many of their best titles, such as the Metal Slug series, have seen numerous appearances on “arcade classics” collections.

Now, the NEOGEO Mini is the perfect way for fans old and new to experience their excellent line-up. The NEOGEO Mini includes some great fan favorites, including Metal Slug (and two of its sequels), King of the Monsters 2, all six Samurai Shodown games, and several The King of Fighters games.

If you’re interested in picking up one of these awesome limited editions, put in your order soon, as their is a good chance they will sell out again. The Samurai Shodown NEOGEO Mini console releases at the end of this month, on July 30. For more on Samurai Shodown, be sure to check out the recently-released fighting game for PlayStation 4 and Xbox One. 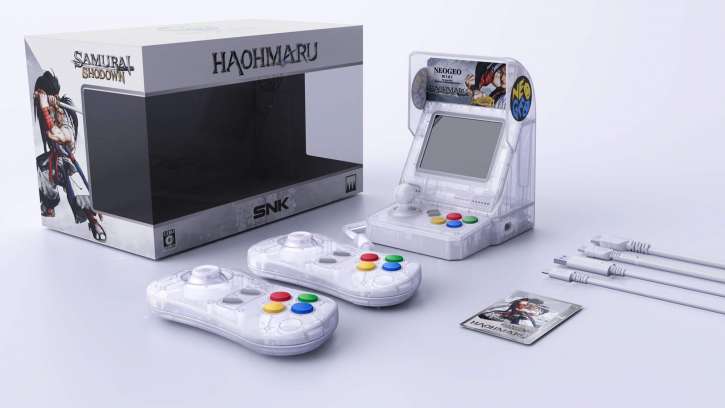 Jul 6, 2019 Alan Robinson 2830
With all the miniature classic consoles coming out these days, it's easy to overlook some of the more interesting ones out there. When SNK announced...