If there’s one thing that you can describe LG G8X ThinQ, it’s divisive. There’s no middle ground with this new flagship from the South Korean company.

It’s not the first time that a manufacturer has experimented with a foldable phone. But what does LG have to offer something new that will justify the expected price tag?

Online reviews from different techies who had a chance to test out the phone found it a little strange. And that’s understandable because the LG G8X seems to have an identity crisis. For instance, some of the apps on the phone are optimized for the second screen and not the main screen. And vice versa.

The problem is there’s not much communication between the two phones. One example would be the inability to drag and drop photos and apps between them. You can, however, swap between screens with a tap.

However, the second screen of the LG G8X can be used as a D-Pad controller if you are playing games. You can also use it as a keyboard if you are working on a report but no access to a laptop.

While the second screen is an accessory, the marketing approach is geared toward selling this as a dual-screen.

The device does have some potential for gamers. As already mentioned, you can use the second screen as a full-sized D-Pad controller. Another way is for multi-tasking. You can play a game on one screen and watch tutorials on the other. You can also chat with family and friends without missing your game.

Under the hood, you have the Snapdragon 855 chipset, along with 6GB of RAM. The 6.4-inch display is FHD + OLED with an aspect ratio of 19.5:9. But with the second screen, the device can get bulky. For instance, the accessory adds another 14.9mm in girth and 134 grams and weight.

Perhaps what the LG G8X has got it going for itself is the price. Although the South Korean company has not announced a price yet, it’s predecessor, the LG G8, costs $850. With the dual-screen, the LG G8X will likely cost around $1,000 at the very least.

But still, the price is miles better compared to the Galaxy Fold, which starts at $1,980. However, the 5G model can easily go upwards of $2,000. Meanwhile, the Huawei Mate X will retail at an astounding $2,600. 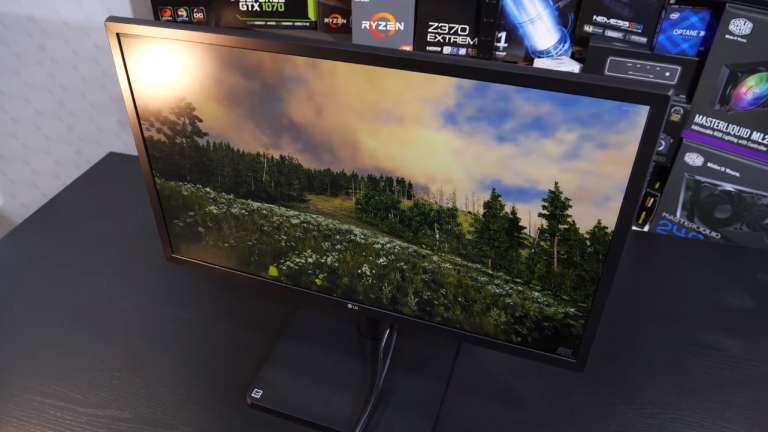 Nov 19, 2019 Kaden Redhead 11760
There are a lot of gaming monitors in the market today that choosing one can be confusing. However, the LG 27UD58P-B remains one of the best in terms... Oct 17, 2019 Kaden Redhead 9880
If there’s one thing that you can describe LG G8X ThinQ, it’s divisive. There’s no middle ground with this new flagship from the South Korean...