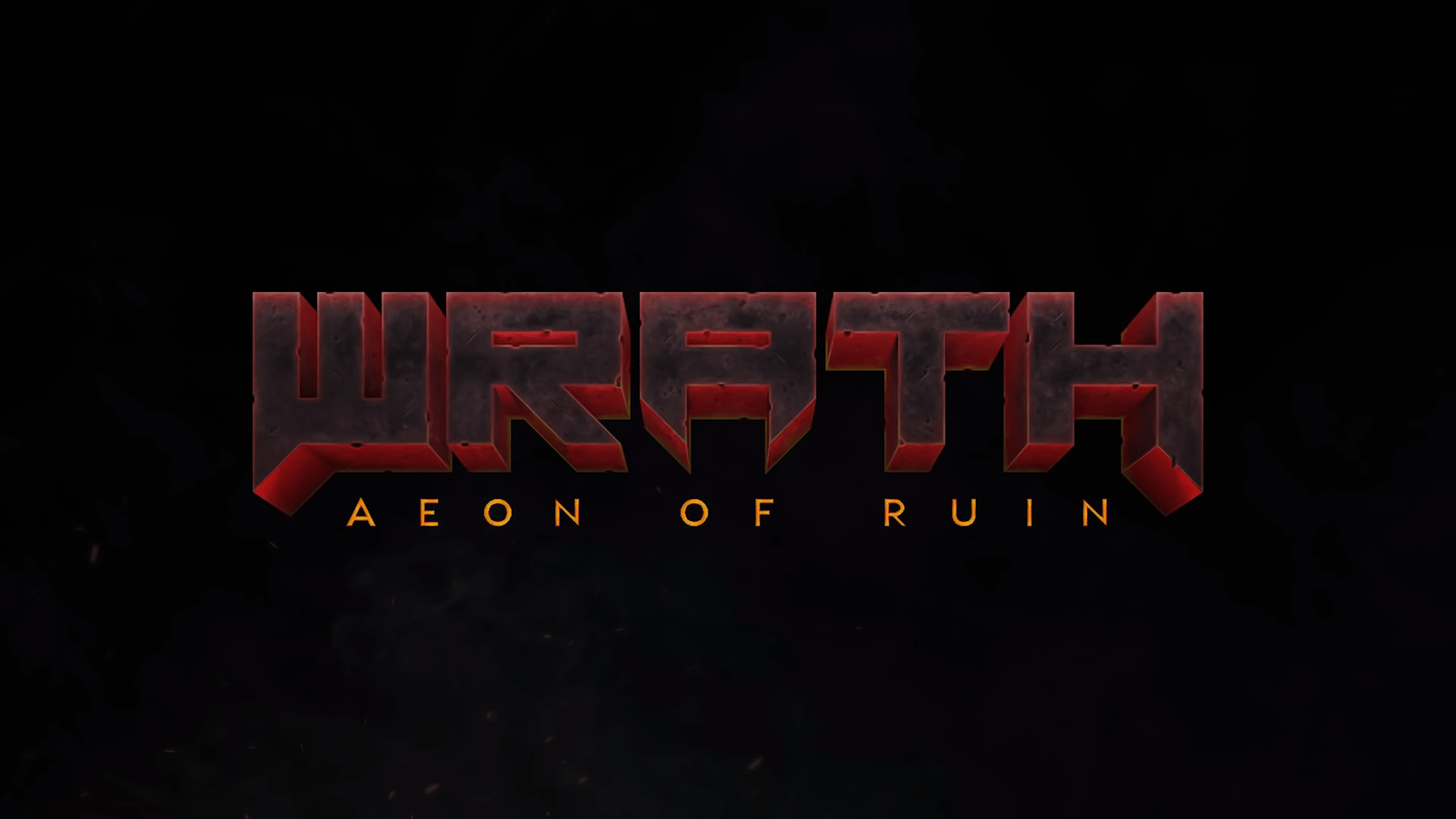 To be fair, 3d Realms may have left a bad taste in everyone’s mouth after the noticeable fiasco that was Duke Nukem Forever; a game that took ages to develop, and was lackluster at best upon release.  They’re also known for the wild gravity-defying game that was the initial Prey in 2006, and even-better-known still for being a PC developer powerhouse in the ’90s, creating many games that those of the era can fondly look back at.

3D Realms are back at it again, and they’re doing what they are easily the best at; intensely hardcore first-person-shooters developed on the Quake 1 engine.  WRATH: Aeon of Ruin is precisely that, and 3D Realms are making it known that this is their stomping ground.

3D Realms are bringing all sorts of unholy hell with them, with classically shaded levels gorgeously reminiscent of the days of yesteryear, and minions best described as fever-dream-like horrors.  The framerate is also capped at 666 frames per second, just to add that little bit of old-school je ne sais quoi to what appears is shaping up to be a love letter to when games were fast, ruthless, and pixelated.  The developer is even heralding a classic Quake-like PvP experience online or LAN, with insanely fast combat taking precedence over the more modern combat of angles and waiting.

WRATH: Aeon of Ruin is currently boasting 15 enormous levels with 3 hubs, all of which have been lovingly realized by their level designers that they’ve dubbed ‘expert Quake scene necromancers.’  The levels look absolutely massive, with monstrous fights leaving the player near dead and breathless as they explore catacombs, prisons, and even flesh-like caverns with 9 different weapons.

The lighting is impressive even at this stage, with shadows falling across the player and their weapons as they move about the grotesque world named simply the ‘Old World’.  The protagonist plays as the mysterious Outlander, who for one reason or another must gib countless legions of horror.  If you’re that interested in the lore, this might be the wrong game for you.

Perhaps most interesting of WRATH: Aeon of Ruin is the claim that it’s been built from the ground up to be easily moddable by fans.  The ability to create entire worlds, characters, and even new weapons will be found on yet to be announced launch, imploring those with the patience and imagination to devise there own nightmarish worlds to do so.  Moddable content has easily taken the reigns as an early-indication of continued community, which becomes ever more vital for games to maintain as they age.

Thankfully, it appears as though WRATH will offer plentiful bounties for the community to enjoy when it finally releases.