Mobile League of Legends players will get to join in on the excitement surrounding K/DA’s upcoming EP. League’s popular girl band is making its way to the Wild Rift stage, Riot announced today.

K/DA made its debut in 2018 with the hit single “POP/STARS.” And now, the group is making its comeback across League, Legends of Runeterra, Teamfight Tactics, and Wild Rift with an upcoming five-song EP titled ALL OUT. The album’s theme carries over to the champions’ new skins, which will be available for purchase in Wild Rift at the end of October.

K/DA ALL OUT Seraphine will cost 1,325 Wild Cores, while skins for the four main members of the group will run you 990 Wild Cores.

Ahri is the only champion from the band that’s available in the Wild Rift roster right now. The next champion in line to join the mobile version of League is Lee Sin. The other K/DA girls might be coming to Wild Rift soon, however, fully decked out in their ALL OUT glory.

Riot Games recently released a magazine focused on the life of the K/DA Group. The magazine known as “SHARP” features the lifestyle of all champions in the band and how they grew to become what they are today. The main draw of “SHARP” is an interview with the four stars of K/DA, asking them about the evolution of their craft and how the success of debut single “POP/STARS” has both awed and inspired them. Each character also has new art with them decked out in fashionable and classic black, dripping in style.

League’s newest champion, Seraphine, went from indie to sensation overnight. Speaking about her desire for “a world united by song,” fans will definitely be interested in learning more about the ups and downs of her brief but meteoric rise.

To cap off the issue, a classic magazine quiz tests your knowledge of the group. The questions aren’t terribly difficult and also serve as a great recap of the history of K/DA. You can play it yourself to see how well you know the band.

The QR codes present throughout the issue bring you to a consolidated list of K/DA resources. You can engage in your fandom by streaming their newest single, “THE BADDEST,” yet again or let it shine bright with official K/DA BLADES light sticks.

League Of Legends: Wild Rift Will Be Coming To Europe In December And 2021 To Other Regions

Nov 27, 2020 Lisa Nguyen 230
Publisher Abylight and developer Dummy Dojo have announced the release date for the iOS launch of Ninja Chowdown on the game’s official website....

Nov 26, 2020 Joshua Goodpastor 410
Heroes War: Counterattack has launched onto Google Play to introduce players to the action-packed RPG experience. Create a team from the remaining... 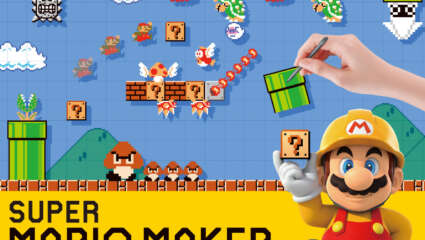