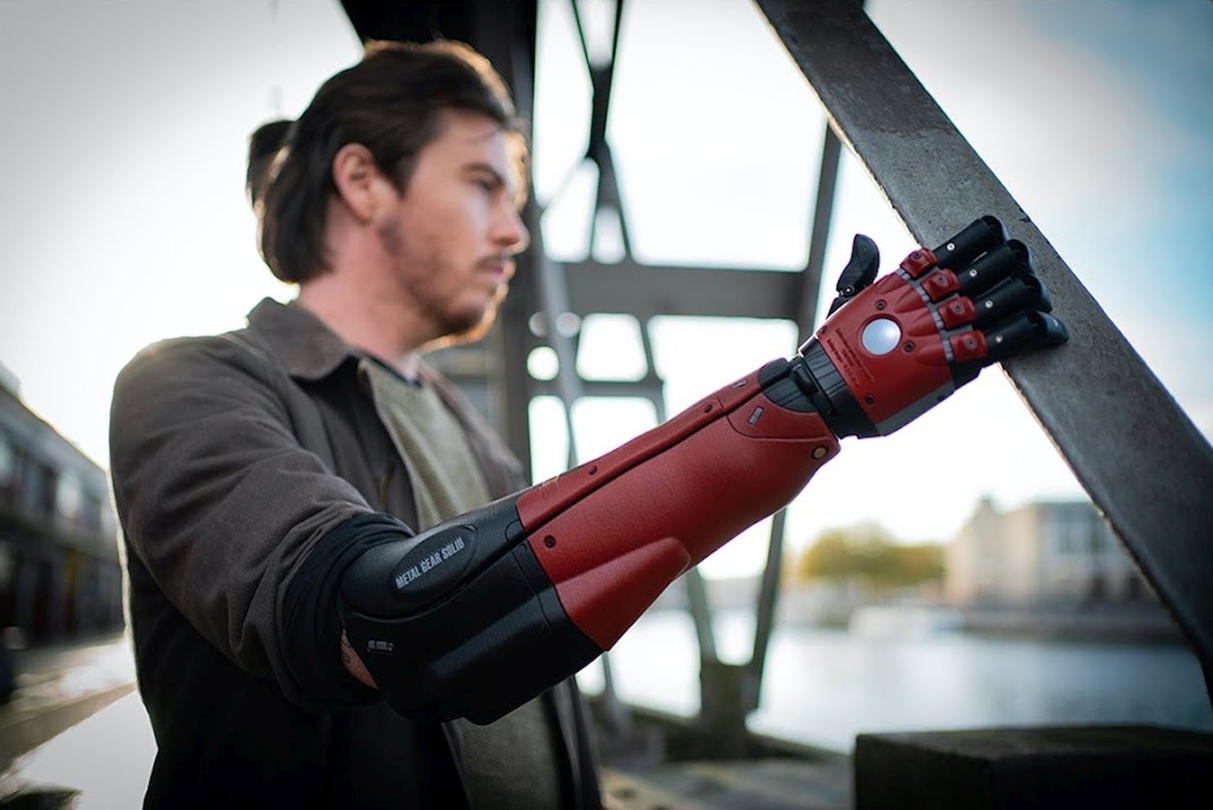 Now the company has announced its working with Konami Digital Entertainment for a new project. Together, the companies are developing the “Metal Gear Hero Arm.”

The Metal Gear Solid Hero Arm is for below-elbow empires. The arm is designed after Venom Snake, the protagonist of Metal Gear Solid 5: The Phantom Pain. Venom Snake loses his arm and uses a red and black bionic arm that players can equip with various weapons and gadgets to complete missions. Wearers can clip the arm design onto the Hero Arm.

The Venom Snake Bionic Arm was modeled by Daniel Melville, who has been a Hero Arm user for over three years. On the site, he shows his excitement of being able to share his love of Metal Gear Solid and having the opportunity to wear Venom Snake’s arm in real life.

The Hero Arm is a lightweight but affordable multi-grip bionic arm with multi-grip functionality. The arm is designed with “empowering aesthetics.”

Each Hero Arm is unique since the company takes a 3D scan of the user’s limb and then create the prosthetic using Nylon 12. This ensures the wearer receives a comfortable, adjustable, and breathable prosthesis. The Hero Arm can be worn by adults and children as young as eight years old.

Open Biotics also uploaded a short, one minute video of the Venom Snake bionic arm in action, along with a comparison to the character in Metal Gear Solid 5.

The prosthetic is not a mass-produced item. Those interested in purchasing the Hero Arm have to fill out a form on Open BIotics’s website and register interest. From there, the company will refer the interested person to their nearest prosthetics clinic.

We’re incredibly excited to collaborate with Open Bionics, who are at the cutting edge of robotics. We’re thrilled to see the iconic Metal Gear aesthetic of Venom Snake and his bionic arm burst out of the screen and come to life in a dynamic fusion of technology and design that is changing the lives of upper limb amputees all over the world.

Those interested in learning more about the Venom Snake Hero Arm, or want to learn more about Open Bionics, can check out its official website or follow the company on social media.

Skill Based Matchmaking Is Back With A Bang In Black Ops Cold War, And Here's Why It's Not Going Anywhere