Minecraft is a global phenomenon that has seen a large amount of success, having a total monthly user base of 126 million. This increased interest in Minecraft has led to companies to take an interest in the game, especially during the quarantine.

Minecraft also has been through a massive update called The Nether Update, which introduces a plethora of new features for the Dimension underutilized in the game! This update has added mobs, blocks, and new biomes.

Kellogg has announced that it will be announcing a new cereal based on the popular video game, Minecraft. Kellogg is called Kellogg’s Minecraft Creeper Crunch Cereal and is set to be available in August of this year. 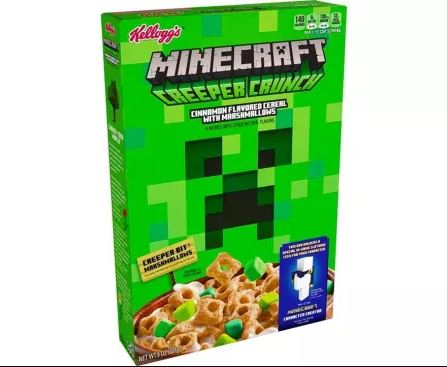 The Minecraft Creeper Crunch cereal is comprised of blocky grain bits that resemble the classical building blocks in Minecraft. There is a green cinnamon-flavored, square-shaped marshmallow, which is called “Creeper Bit.” The green marshmallows have a variety of colors, which are all colors that are shown in the Minecraft creeper.

Minecraft players should look out in August for the Creeper Crunch box to be out in stores and available for purchase as well!

Resident Evil Village Doesn't Have Numerals In The Title To Focus More On Setting, According To Capcom