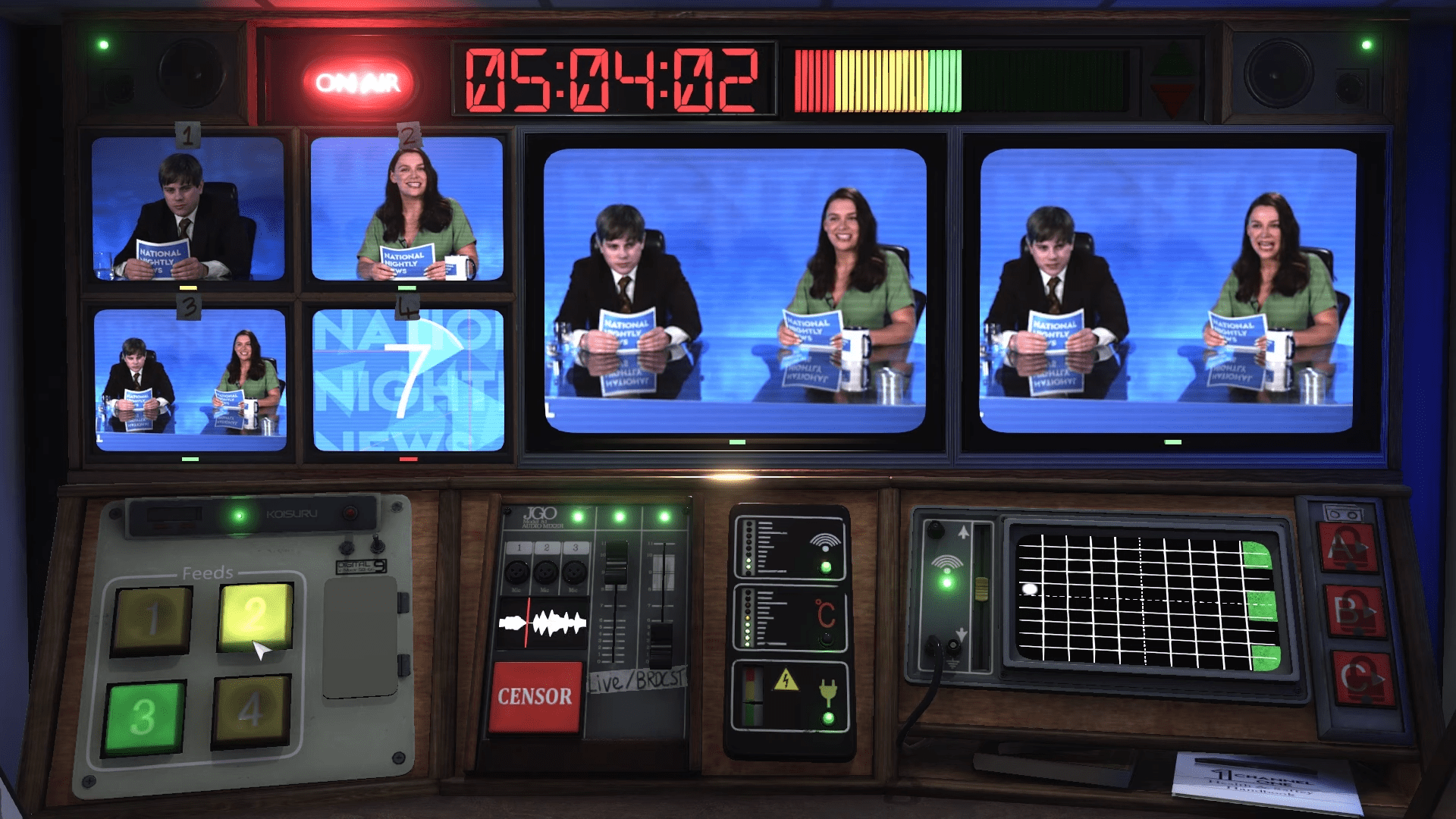 ‘Tis the year for dystopian titles coming to Steam, apparently; fresh on the success of Ministry of Broadcast’s release on Steam comes another title that similarly portrays what has become increasingly common; censorship of the news to control public opinion.  It’s an uncomfortable fact that always brings about a bit of squirming when it’s brought up; from the United States news channels that noticeably attempted to control elections, to China censoring…well, almost everything, frankly.

So it shouldn’t be too much of a surprise that a title that’s taking that concept and running with it is might become a bit unpopular to certain individuals and countries.

Not For Broadcast is quite a unique take, even for the dystopian genre that is becoming increasingly relevant in our modern interconnected climate; you’re been hired to clean a studio and end up controlling the national nightly news broadcast.  You control what is shown, the angles and featured aspects, the advertisements, and even bleeping profanity as it rolls across your command console an into the televisions around the nation.

Are you ready to take control of the National Nightly News control desk? In this satirical propaganda sim, you decide the truth.

Wishlist now to be altered when the game goes live! https://t.co/XeUuQRp4nD#indiegamedev

Not For Broadcast is very quick to announce that this is an alternative history title that is set in the 1980s; there are no modern-day figures or politicians, and obviously no real companies are involved either.  We’ll throw some extra emphasis on this: it isn’t real.

Gameplay consists of selecting angles from four different cameras to frame what is occurring as videos showing real actors play out; it’s an interesting combination, the FMV being presented in a graphical representation of a studio, and the actors go wild with the freedom they’re given.  It all results in a light-hearted experience juxtaposed against a very sinister backdrop of corruption and lying to the masses to bring about a future that you want.

You can choose to either show the truth of the matter, facing perilous consequences like a certain DNC staff member, or censor everything possible and be richly rewarded.  The choice, as they say, is completely yours.  The ability to watch the resulting broadcast, complete with your selected advertisements, is a fantastic touch from the developers at NotGames.

The title is currently early access, and the developers plan on releasing a total of ten chapters to come out when all is said and done.  Right now as the title stands, there are only three chapters; they’re ridiculously fantastic, balancing stress and humor while bringing very tough choices to the player.  The title isn’t long enough yet to see how the choices made will bring fortune (or a decided lack thereof), but it’s shaping up fantastically.

Assuming that the developers have the opportunity to bring the title to completion, this may turn into a scathing critique of how modern news corporations are being run to the destruction of national pride and cohesion. 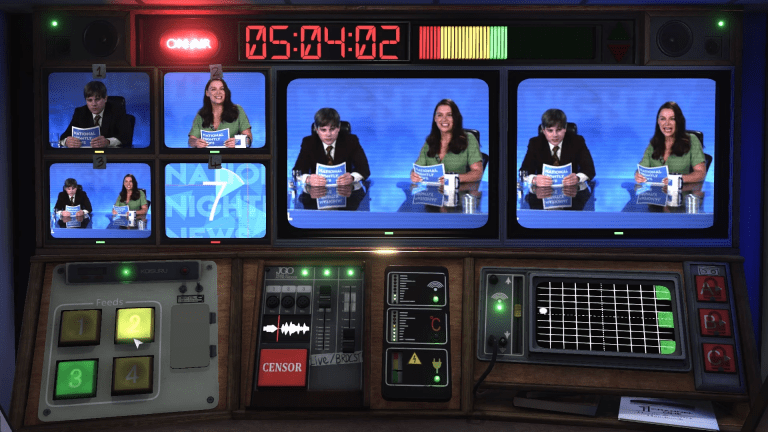 Jan 31, 2020 Chris Miller 9490
'Tis the year for dystopian titles coming to Steam, apparently; fresh on the success of Ministry of Broadcast's release on Steam comes another title...