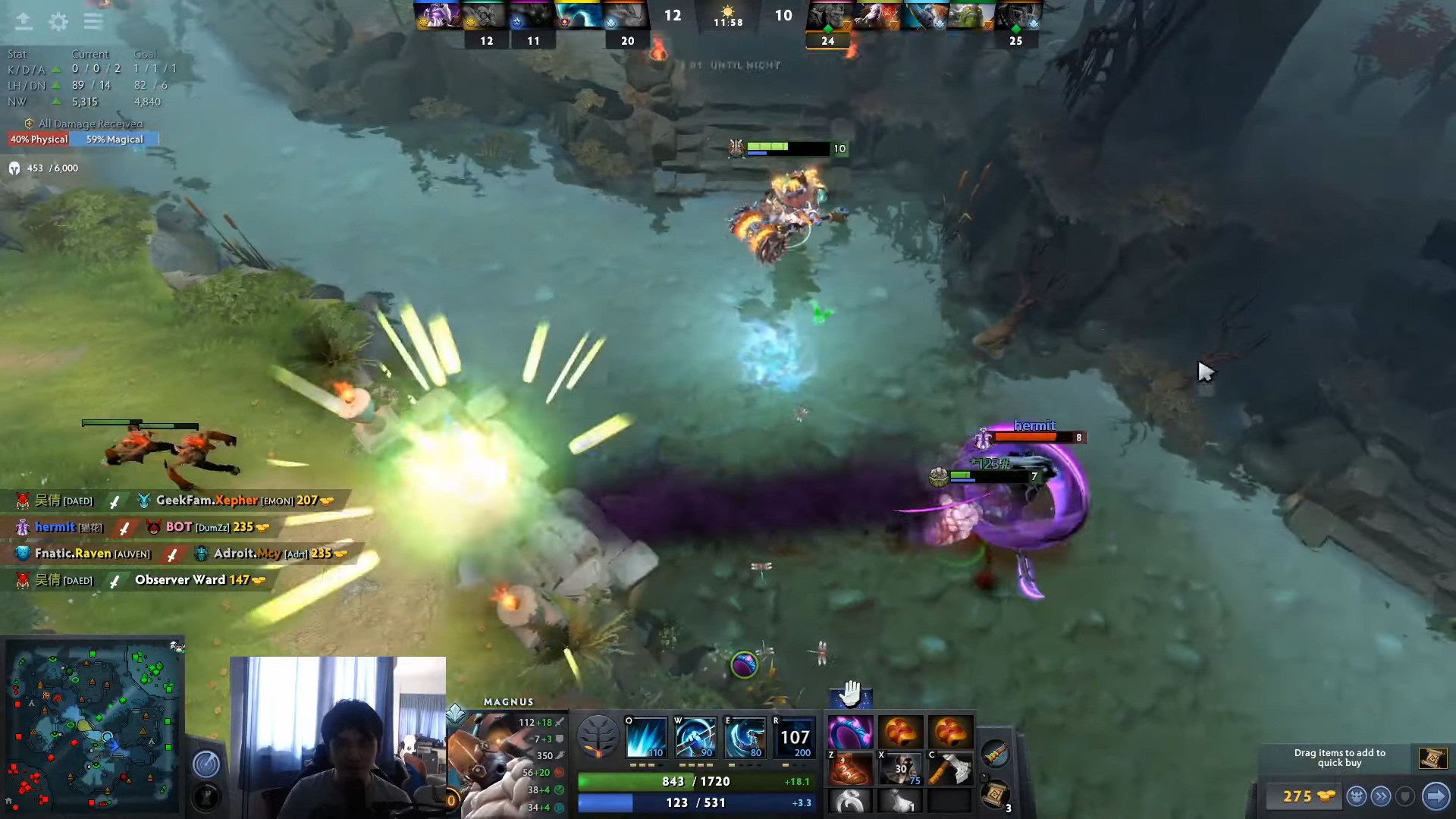 The Evil Geniuses surprised the Dota 2 community today as the organization announced its fifth player choice. The North American team signs one of the game’s veteran offlaners, Daryl Koh “iceiceice” Pei Xiang. Will he bring the cool and “ice” to the team and their opponents?

On the 6th of this month, EG announced that Roman “RAMZES666” Kushnarev would be moved to their inactive roster. The management has since been busy finding a replacement as the fifth man of their Dota 2 lineup. But instead of signing a young player for the team to hone and develop, Evil Geniuses went the other route. Notably, he will be joining his former Fnatic teammate Abed “Abed” Yusop, along with hard carry Artour “Arteezy” Babaev in EG.

Our #Dota team just got a whole lot cooler as we welcome @iceiceicedota to the #LIVEEVIL family. #EGWINpic.twitter.com/WNRoeWKPf8

Pei Xiang has a long history of experience that dates way back to the original DotA. The 30-year old pro started playing the first iteration of the MOBA game at a pro-level in 2005 with mVp. As soon as the sequel game comes out, he is a natural gold mine for most teams. As such, the Singaporean pro played for teams such as Scythe.SG, Team DK, Vici Gaming, and Fnatic. Iceiceice has been a staple and one of the most wanted veterans in the game for 15 years.

The offlaner joined Fnatic in 2018 and decided to leave the team in September of this year. He cited that he is looking to extend his experience even further and join a team from another region. The Singaporean is well-known to join some of the most successful teams in China and Southeast Asia regions. Joining Evil Geniuses is a perfect fit for his attempts to conquer the other part of the world.

The official announcement tweet from EG reads, “Our #Dota team just got a whole lot cooler as we welcome @iceiceicedota to the #LIVEEVIL family.” As expected, fans of EG and iceiceice are supportive of this move. Followers of the team anticipate that this is “EG’s time” to shine and compete at the highest level. To show sportsmanship, Fnatic replied to EG’s tweet, saying, “Congrats, Daryl!” Another fan praises the signing of a 15-year veteran, “The Literal Evil Genius himself joins Evil Geniuses? Wow.”

The Evil Geniuses are not scheduled to play any future matches, so fans will have to wait a little longer to watch the team’s new face. This time should also give the other four long-time EG players to adjust to their newest teammate’s playstyle.

Dec 5, 2020 Richard Sebastian 5470
Randy "Dreamocel" Sapoetra is leaving BOOM Esports after a virtually four-year job with the Dota 2 group, the company introduced today. It's the...

Dec 4, 2020 Richard Sebastian 2120
While 2 of Evil Geniuses present gamers are quickly collaborating to lead a group in Southeast Asia eSports for the Beyond the Summit Pro Series...

Dec 4, 2020 Richard Sebastian 3350
The United States and Canada's Dota 2 scene has really couple of constants that followers can rely upon, however, beyond Wickedness Geniuses being an...