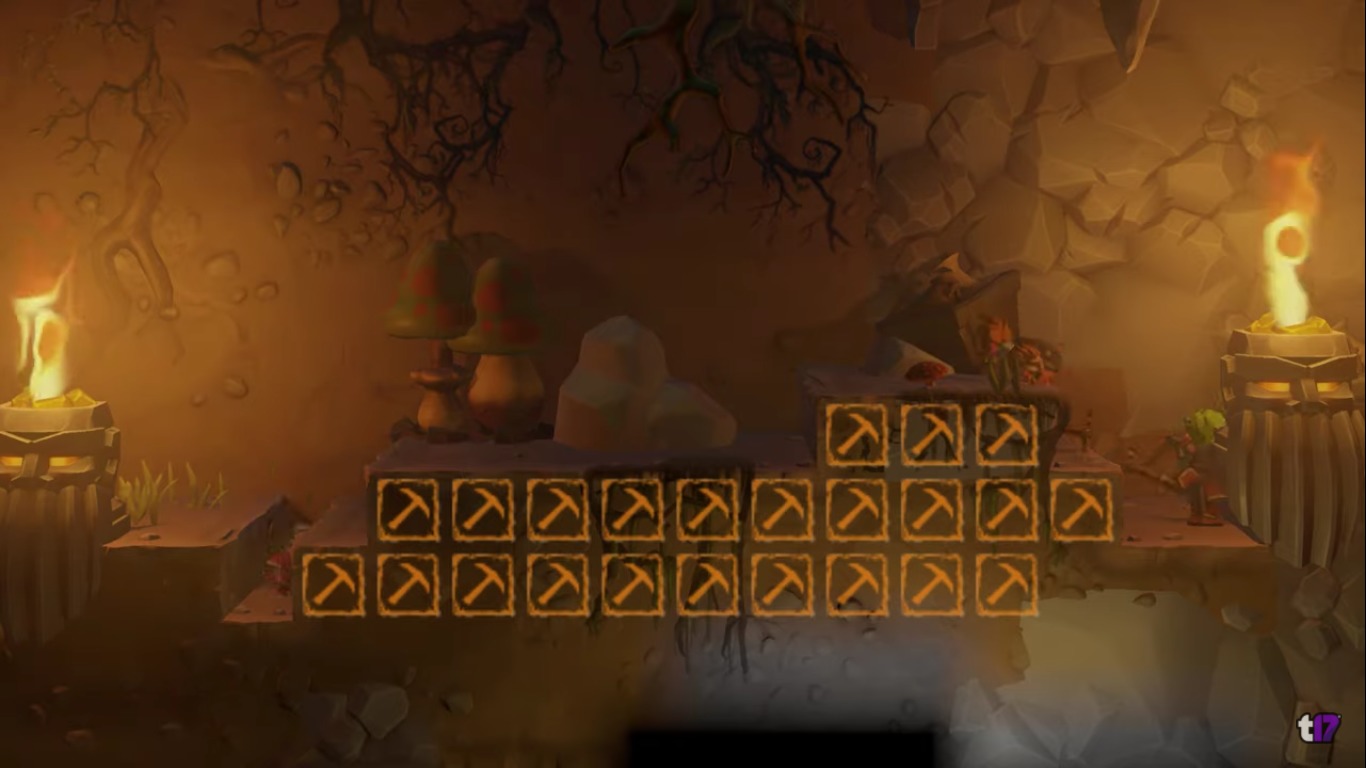 Information is starting to be released from Team17 and Warpzone Studios about an upcoming high-fantasy management and strategy game. Hammerting is a mining simulation game that takes players into a deep world of base building, combat, and exploration. Survive in the depths below the mountain and build a city of dwarven pride.

Prepare for a dwarvish adventure deep into the depths of the mountain range. Craft new weapons and aid the Overworld allies in a war against evil. As you find more valuable ores, you can create better weapons and equipment and dig even further down into the dark depths of the planet.

Manage a dwarven mining colony in the mountains of Mara. War rages above you and as you dig deeper you will have to craft, explore, and fight to aid the allied races. This is your only chance to arm your friends against the races of evil and only through the hard work of your forge can it be done.

The allies on the surface funnel requests into the mines. As the dwarves work to craft silver swords against vampires or prepare for the coronation of a princess your job is to make it happen. Every delivery is vital and one step closer to taking down the evil forces.

Your dwarves will gain more skill and your base will expand helping to free them of manual labor and dedicate time to more important tasks. Exploit your dwarves’ strengths, and strengthen their weaknesses to succeed in this game.

The dwarves are master weaponsmiths due to their unique skill at diplomacy, bartering, and persuasion. Anyone can craft a sword, but only the dwarves could convince dragons to aid them in the effort. With every strike of a hammer, each dwarf has a chance of creating something powerful and unique with a critical result.

There is a danger to inherent to working in caves. From the elevators built to the monsters waiting below players will have to ensure the safety of their dwarven workers at all times. Find the safest and fastest route down and up again using plenty of unique dwarven mechanisms to your advantage.

This game is packed with pre-packaged mods to bring some level of customization into the world. Build your own mods for Hammerting or use the premade asset bundle to customize your experience.

Interested fans can find tons of information about this game on Steam. To get involved follow the developers on Twitter or join their Discord for more information.

Hammerting is planned for a release on Steam sometime later this year.

Spacebase Startopia Now Has A Confirmed Release Date For Xbox One, PlayStation 4, Nintendo Switch, And PC

Aug 7, 2020 Chris Miller 16883
Some hate them, others love them; they're a polarizing aspect of modern game development in the PC scene, and they have either reached for the stars...