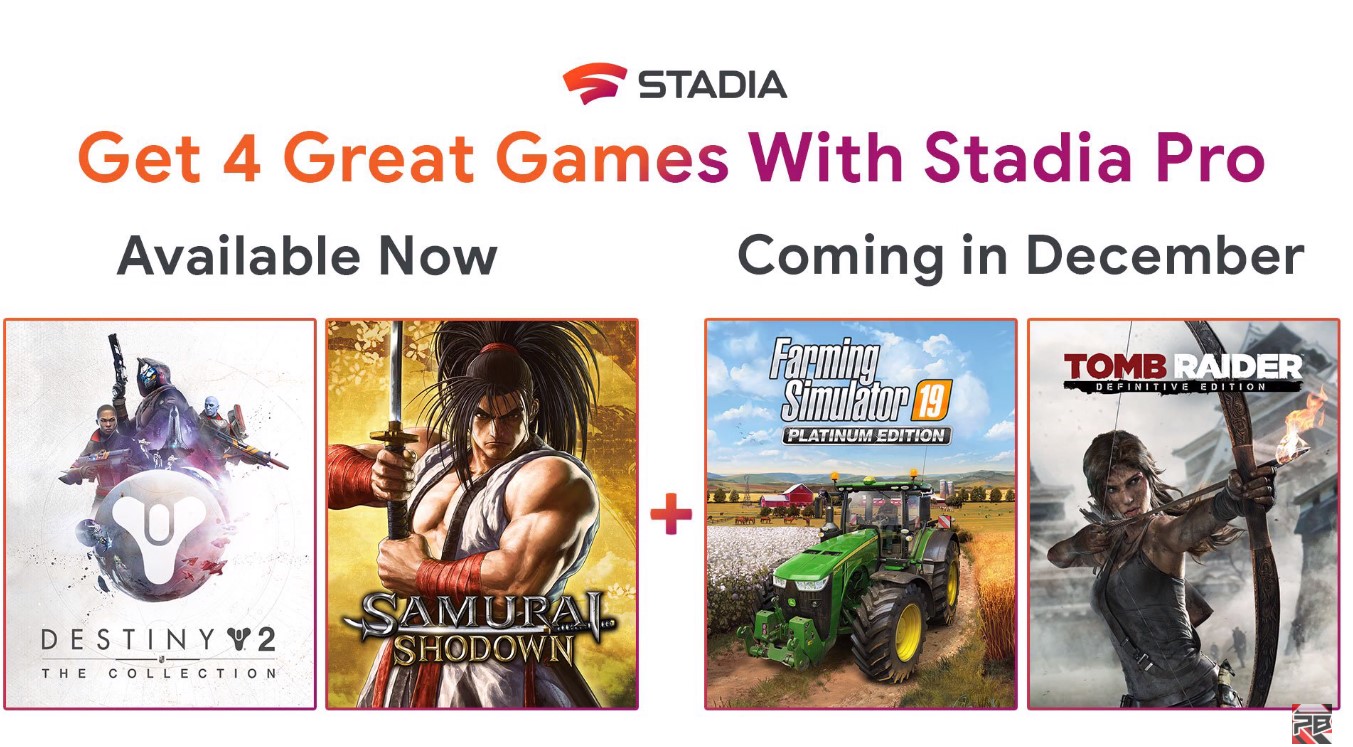 Aside from Samurai Showdown and Destiny 2: The Collection, Google has recently announced that its Stadia Pro will get two more games for free beginning this December. The titles of the two games are Farming Simulator 2019 and Tomb Raider: Definitive Edition.

In the beginning, the only available game for Stadia Pro was Destiny II, and later on, the Samurai Showdown reboot got included. Fortunately for avid fans, two more games will be joining the line-up, resulting in a total of four games.

Farming Simulator 19 is the latest edition of the remarkably famous series of farm simulation games. Its launch is on December 1, which falls on Sunday.

The second game, on the other hand, is a rebuilt of the cinematic adventure, Tomb Raider. It follows the adventure of Lara Croft, a young woman who was forced to grow from an immature and inexperience lady to becoming one of the greatest survivors. The game will also be available on December 1.

As of the moment, gamers can only access Stadia via its premier subscription, which includes a three-month service in every purchase. Each Stadia gamer is an official Stadia Pro member.

Nevertheless, gamers who are members of the premium subscription may have missed the maximum advantage of the free games that will only be available this December. It means that they might have already purchased the free games during their three months subscription before having the chance to hear the news of them becoming free.

Google has not revealed its plans on how many more new games they are planning to add. However, the famous company has stated that it will at least add one, two, or more games every month.

Beginning next year, Stadia will commence a free tier, which means that gamers will need to start paying every month if they want to keep using the service. If they decide to cancel their subscription to the service when the free-tier game launches, they will lose the privilege of accessing the free games. They will also no longer be able to access the 4K streaming service that the company has reserved for its members. Nevertheless, they can still keep playing the games that they have purchased right on the platform.

In any case, similar to Xbox Game Pass or the PS Plus, Stadia Pro is a monthly subscription that provides the subscribers with a library of free games. Gamers may be able to access the service via other methods throughout the next year.

Yakuza: Like a Dragon Confirms Several Past Characters Will Make An Appearance