Ghoul Trooper Skin Outfit Is Finally Back In The Fornite Store. Returns During Fortnitemare Event. 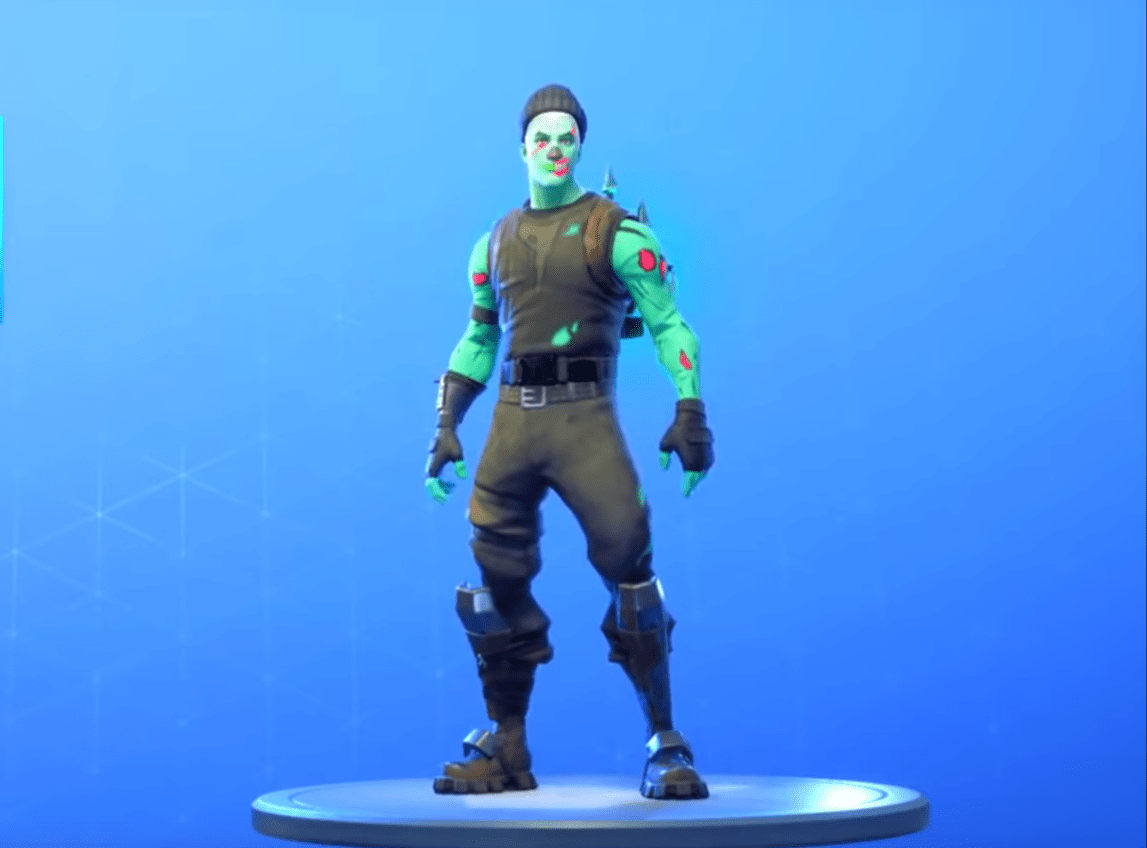 It’s finally back after a 700-day hiatus. The Ghoul Trooper skin has been unavailable for so long that it was the second rarest outfit in Fortnite. However, that will change as gamers are throwing their wallets at the highly anticipated re-release.

Some Fortnite fans knew the skin was bound to make a return during the Fortnitemare event as data miners dug into an update, which revealed the cosmetic.

The fallen have risen once again⚰️

Grab the Brainiac and Ghoul Trooper Outfits with new Styles and check out the new Double Up Emote in the Item Shop now! #Fortnitemares has returned pic.twitter.com/YatZDoh4Yy

As mentioned earlier, the Ghoul Skin is a hot commodity in the Fortnite gaming world. The outfit was released during Halloween 2017 but did not reappear for last Halloween.

By keeping the Ghoul Trooper skin out of the store, Epic Games, the developer of Fortnite, stands to make a killing off the sales from the outfit. Incredibly, a Ghoul Skin was sold by a third party for an unreal $1000 a few months ago.

The Default skin is blue with an assortment of lines and pink shapes all over the arms, neck, and face of the character. It also comes with a harrowing smile and a pink eye.

The Zombie skin is green with terrifying yellow eyes and vertical streaks. Faint blemishes are throughout the arms, neck, and face of the character.

The Ghoul Trooper skin is currently sitting at 1500 Vbucks in the Fortnite store, which translates to around $15. If a player purchases a Ghoul Trooper skin, it will come with black blong called Bear Brained. It is a black and pink bear with his brain seeping out of his head.

Other Halloween themed items include:

Brainiac skin. The character takes on green skin, with pink hair, and pink throughout the body.
Straw-stuffed set: Players can get an insane scarecrow outfit, a Field Wraith Glider, a Harvesting Tool (scythe), a Birdhovel, which is terrifying birdhouse, and a Hay Nest – a harrowing sunflower on top of a nest.
Back-o-lantern: A back piece with a flame-infused pumpkin, jamming to music with his headphones.

Fortnite has done a fantastic job of making its exclusive Fortnite items must-have purchases for their players. They make a massive amount of money from gamers purchasing new skins, gliders, etc. Epic Games comes out with seasonal items all the time, keeping a constant flow of in-fashion items.

Fortnite is in the thick of their Halloween event, Fortnitemare. As part of the event, players have been working together to take down the giant raid boss, Storm King.

Luigi's Mansion 3 Is Now Out On The Nintendo Switch; Walmart Is Offering A $10 Discount