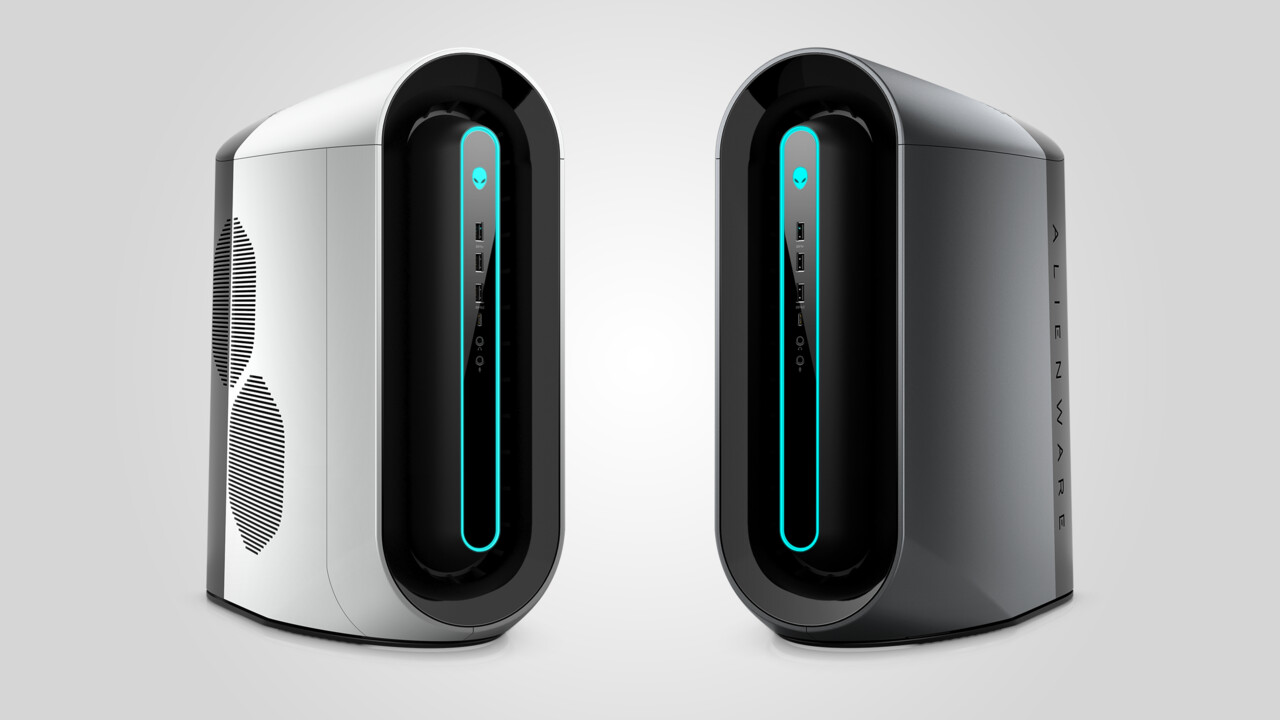 AlienWare, ‘Dell’s subsidiary has revamped one of their gaming desktops, the Aurora R9. This new gaming machine follows in the footsteps of the of Alienware’s “Legend” design that debuted with the Area-51m. The mid-tower PC is on display at the AlienWare Gamescom 2019 booth in Cologne Germany.

One of the highlights of the Aurora R9 is aesthetics. Just like Area-51m, it looks like something out of this world, probably an extra-terrestrial gadget seen only in the Sci-Fi movies. There are two color options; Luna Light (white) and Dark Side of the Moon (black). The former has three unique programmable RGB zones while the latter has two.

The Aurora R9 boasts an Intel Z370 chipset and a micro-ATX motherboard. While there are several CPU options, this particular gaming powerhouse comes with the latest 9th Gen Intel Core i9-9900k processor. It has been overclocked up to 5.0 GHz on all cores courtesy of Intel Turbo Boost. The Alienware-badged closed-loop liquid cooling system and airflows keep the overclocked processors cool during those long gaming sessions.

Graphics is an integral aspect of any gaming PC, and here again, AlienWare ‘didn’t disappoint. The Aurora R9 can be configured with either AMD Radeon RX GPUs or the NVIDIA GeForce GTX/RTX. The high-end models feature a single GeForce RTX 2080 Ti GPU or two GeForce RTX 2080 cards to take on the GPU-hungry titles.

The processor is backed up by a 64 GB of Kingston HyperX DDR4-3200 memory. When it comes to storage, Aurora R9 features an M.2 PCIe 3.0 x4 SSD of up to 2TB, and better still, you can take advantage of Intel’s Optane Memory caching SSD. To ensure the system runs optimally, the rig has an AlienWare 850W power supply.

With 7.1 channel sound, the Aurora R9 is ready offer an immersive gaming experience when playing the audio intensive games. As for connectivity, it includes a Killer E2500 controller GbE port, Wi-Fi 5/Wi-Fi 6, USB 3.1 Gen 1 Type-A and Type-C connectors. There is also a DisplayPort 1.2 output.

As for the peripherals, the Aurora R9 can be paired with the new AlienWare AW5520QF or the AlienWare AW3420DW gaming monitors which are also at Gamescom 2019. Dell also recommends the AlienWare AW988 gaming headset, AW510K mechanical keyboard, and the AW610M gaming mouse.

The AlienWare Aurora R9 is available for purchase starting from $1000, but of course, the high-end model will cost you more. Even if you get the entry-level model, there is room for upgrades courtesy of the tool-less access design.

Jan 10, 2020 Jeremy Green 16690
When you think of portable devices that have made a huge impact on the gaming industry as a whole, the Nintendo Switch usually is near the top of...