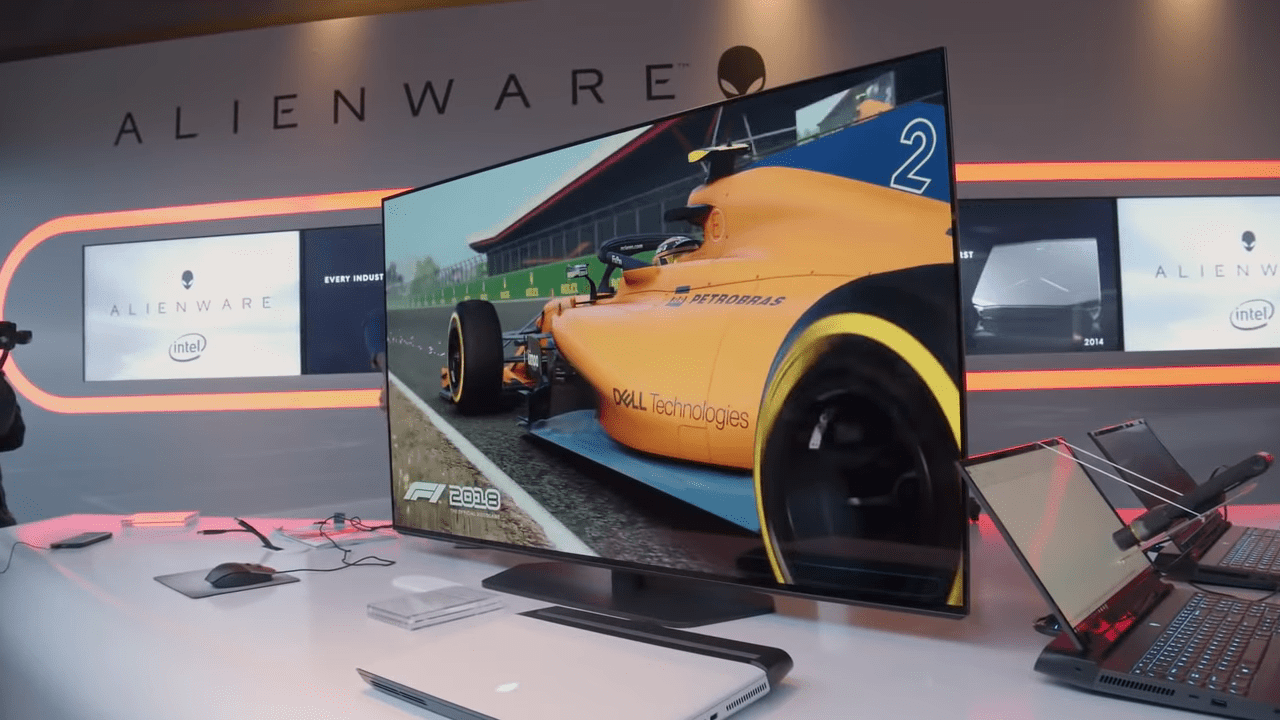 Dell showcased the prototype of the Alienware AW5520QF 55-inch OLED gaming monitor back in January during CES 2019. After months of waiting, the release date and price of the TV-like gaming monitor has been revealed at Gamescom 2019. Besides, much of the specifications have been revealed, and indeed, it is a monster.

The Alienware Aurora AW5520QF is based on a 55-inch OLED panel, which is best known for enhanced image quality and contrast. With the AW5520QF, you get blacker, ultra-deep blacks and brighter whites. With OLED technology, you also get the fastest response time, 0.5ms gray-to-gray to be precise. The panel also features 98.5% DCI-P3 color coverage and reduced power consumption.

If you are into 4K gaming, this is the best deal. AlienWare boasts 4K (3,840 x 2,160) resolution. This monitor also supports AMD Radeon FreeSync technology, which eliminates screen tearing, and stuttering often caused by misalignment with content’s frame rate. As a 120Hz refresh rate monitor, you can finally say goodbye to motion blur and remain on the competitive edge.

AlienWare included a single DisplayPort 1.4 and not DisplayPort 1.2 as earlier stated in the January datasheet. That means this monitor has enough bandwidth for 4K at 120Hz with 8bpc color. The AW5520QF also includes three HDMI 2.0 ports, four USB ports, an SPDIF audio out port and a headphone jack. Dell also incorporated two 14W speakers, engineered with Wave Maxx Audio.

The design is simply astounding – thin bezels and a black metallic finish. It is VESA-wall mountable, but unfortunately, it won’t sit flat because of the bump at the bottom. As expected from such an expensive gaming monitor, you also get RGB lighting, which is at the back of the panel. With AlienFX, you can easily customize your lighting and special effects to match or complement your other RGB accessories.

Unfortunately, the Alienware AW5520QF is not for the deep-pocket gamers only. This gaming monitor will set you back around $4,000. It will be available for purchase on the wide network of AlienWare retailers and resellers as from September 30. A two-year warranty will cover it.

Jan 10, 2020 Jeremy Green 16680
When you think of portable devices that have made a huge impact on the gaming industry as a whole, the Nintendo Switch usually is near the top of...