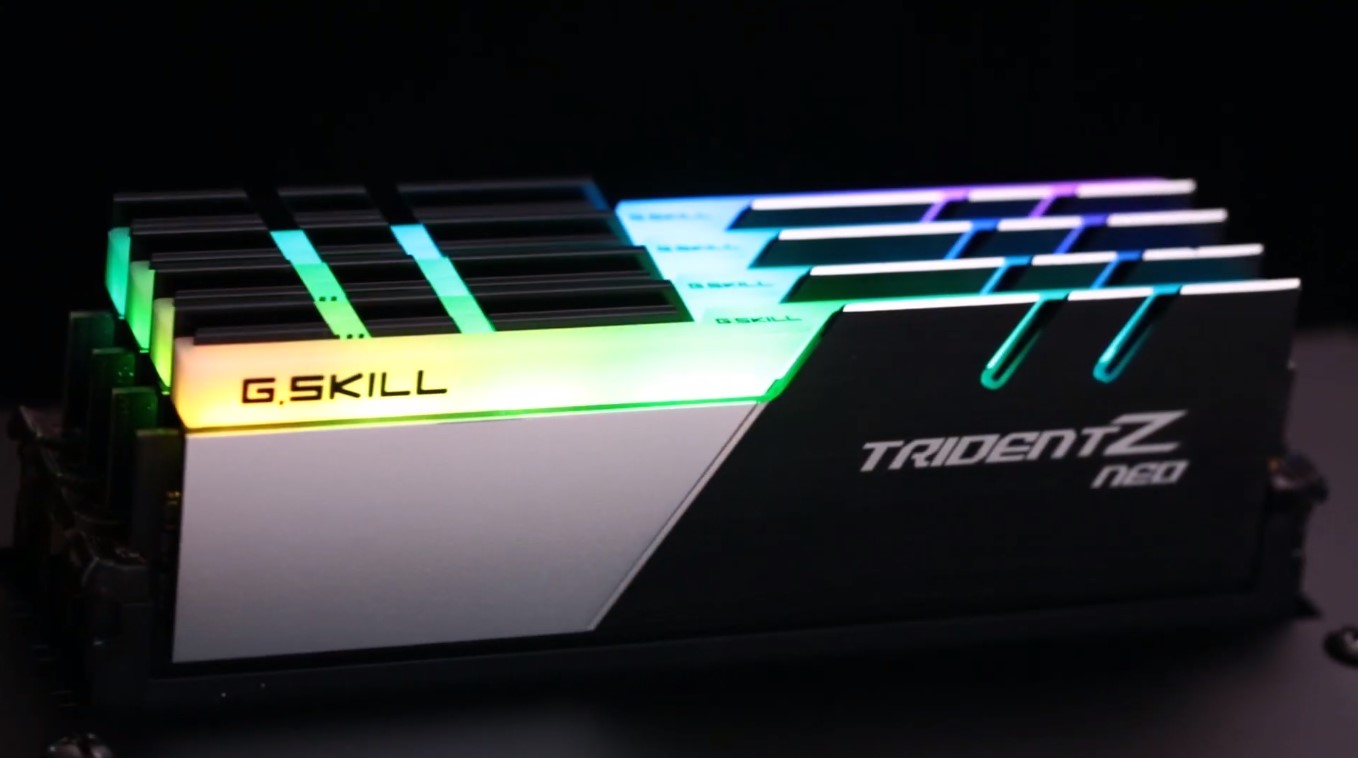 G.Skill recently introduced the Trident Z Neo DDR4 Memory series which is expected to power the AMD Ryzen and the X570 motherboard. The Trident Z Neo comes with a wonderfully repackaged design with sleek looks that will bring lots of interests from tech-savvy people. Compared to the previous Trident Z RGB lease, this memory series will precisely fine-tune the Ryzen 3000 CPU and its lineup of variants.

The RAM is uniquely designed with a bold color scheme and asymmetric slant located at the slant just across the heat spreader. The memory kit also brings new design elements right within its aesthetics and functionalities. Expect the Trident Z Neo Memory Series to bring a new life to your old system as well as boost its computing power.

One of the new features of the Trident Z Neo is the dual-tone heat spreader which has a robust tri-fin design. This highly complements the RGB lighting G.Skills is famous for. The Taiwanese high-end computer hardware manufacturer continues to change the landscape of computer memory with innovative designs and great DDR products and various other computer peripherals.

The new Trident DDR4 Memory Kit is another quality benchmark designed explicitly to power the AMD Ryzen 3000 series and motherboards running on X570. It is available in several capacities including 16GB, 32GB, and 64GB and with memory speeds starting at 2,666MHz up to 3666MHz. One of the best modules available, the New Trident DDR4 series comes with CL14-14-14-34 timings or the CL16-18-18-38 timing set. It runs on 1.35Vof power and unprecedented speeds that set the records for the fastest AMD memory speeds achieved.

One of the standouts about the new Trident Memory Kit is its appealing design which speaks volumes about its functionality. This fourth release is set to redefine computing speeds, and the combined silver and brushed aluminum finish make it a really remarkable piece of equipment.

Trident Z Neo Memory Kit Series is expected for worldwide release this month of July 2019. No price range has currently been released, but with its power and aesthetic capacity, expect to have the RGB DDR4 Memory to have a competitive price.