Earlier this year, people across the world were being asked to stay at home. For many players, this meant dusting off their stagnant backlog of games or quickly snatching up a highly-anticipated new game release, such as Animal Crossing: New Horizons or DOOM Eternal.

Luckily, there are free options online that not only offer a challenge but have some multiplayer capabilities to stay connected with friends or make new friends online.

Freeciv is a long-running free and open-source strategy game. The title was inspired by the history of human civilization, which spans over centuries. The title has compatible rulesets with Sid Meier’s Civilization series, so fans of the series should easily understand FreeCiv. The game is more closely related to Civilization II.

FreeCiv’s primary objective is to lead a tribe of humans from the Stone Age to the Space Age. While this seems simple enough, several obstacles can get in the way. Add in multiplayer, and the experience becomes even tenser as players try to become the first to win.

FreeCiv is not only a free-to-play title, but it’s compatible with many computers. Some may only have a basic internet connection and a computer, making FreeCiv easy to run through players’ browsers through Freeciv-web.

The title supports up to 550 players. Other players may be AI or through online or LAN multiplayer. There are over 30 languages, so players across the globe can gather players to play it.

The multiplayer option has players playing through one day at a time. Up to 300 players can play in one game. The developers know this can take a while, so they have added an email notification when it’s a player’s time to compete.

As for gameplay, there are premade maps and scenarios with more than 50 playable units and 550 nations. Players who want more can install various modpacks to expand upon content.

Freeciv was first released in 1996 and has been around for centuries. The game continues to get new updates every few months, which has kept players engaged. The title is maintained by players across the world who have successfully kept the game running for decades.

Freeciv is just one way to play video games free online. The title has been around for years and works hard to ensure players experience few issues as they work towards the Space Age.

Freeciv is available now for PC and through modern browsers. 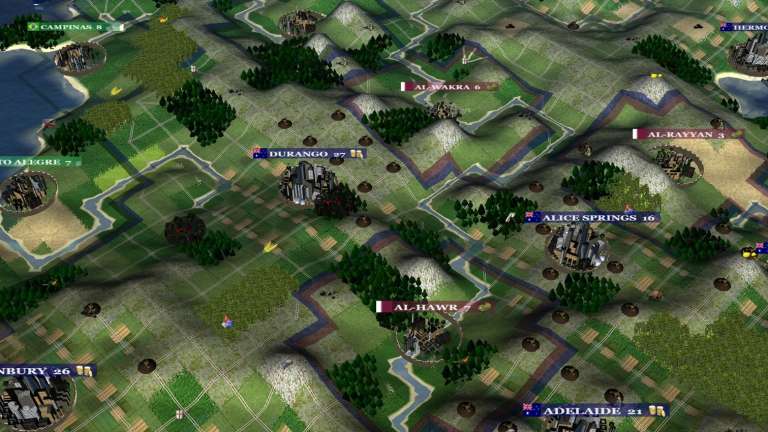 Jul 12, 2020 Lisa Nguyen 14430
Earlier this year, people across the world were being asked to stay at home. For many players, this meant dusting off their stagnant backlog of games...