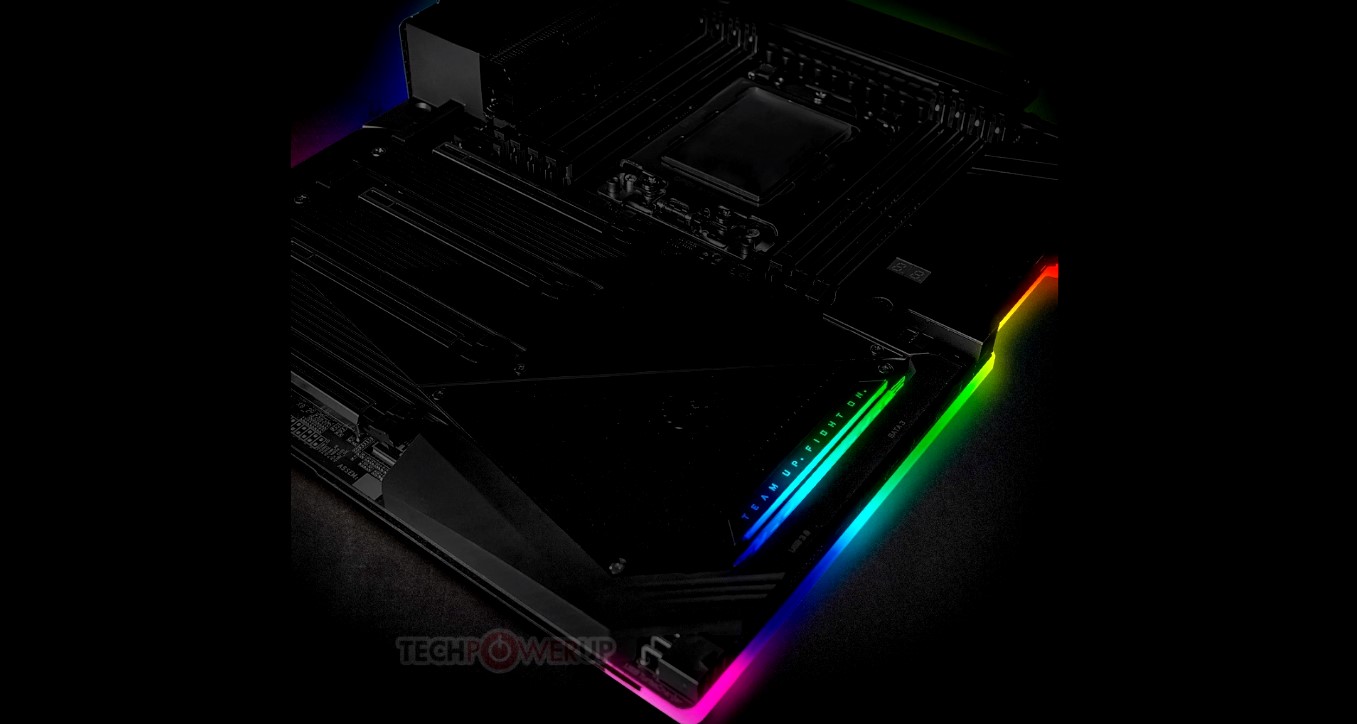 Everyone is still speculating about possible prices of the upcoming AMD TRX40 motherboard on the Asus gaming. And while rumors continue to spread, Gigabyte has dropped another potential lead on the forthcoming peripheral.

The TRX40 chipset is aiming for the 3rd gen AMD Ryzen Threadripper CPU with its high-end features. News about the variants surfaced on tech news agency, ComputerBase, listing the possible TRX40 motherboards which include:

It does not come as a surprise as these four names were previously discovered in the EEC database in September. It also includes the TRX40 Aorus Xtreme Waterforce. The Aorus series is the hardware designer’s sub-brand, which aims to provide agility for PC gaming and eSports. But Gigabyte is also tapping into other markets with the high specs of the Designare Series.

The news agency also details the PCIe support of the new AMD TRX40 with an attached document, which provides a more in-depth look at the upcoming motherboard’s PCIe. 4.0 interface. This is not surprising considering that AMD has already released the X570 motherboard with a full PCIe 4.0 support.

The recent leak also coincides with news from Gigabyte South Africa’s social media accounts revealing of one possible TRX40 board. The tease caught many tech enthusiasts by surprise as the image shows a total of four PCIe brackets, passive cooling, and an internal debug display.

The motherboard also features one of the most notable X570 features, which is the chipset fan. Just with the looks, everyone is touting the new Gigabyte custom motherboard to be on top of the line. This also includes a massive price range, which correlates to its internal rigging system.

The chipset fan itself is one of the exciting features of the TRX40, as it uses the same model found on the X570. It features the same silicon used by AMD for its I/O die design.

The release of the hardware is said to take place in November, which takes credence over the high-end desktop segment of AMD. The motherboards will be launched alongside the newest GPU from AMD, the Ryzen Threadripper 3000, and its variants. These new graphics cards are rigged with up to 32 CPU cores, powerful enough for every gaming needs.

While there are still scant details to the gaming peripheral, we can expect more news once the new hardware nears its release.