Final Fantasy VII Remake’s Producer and Co-Director Come Across A Church With A Flower Bed In Germany, Much Like In The Game 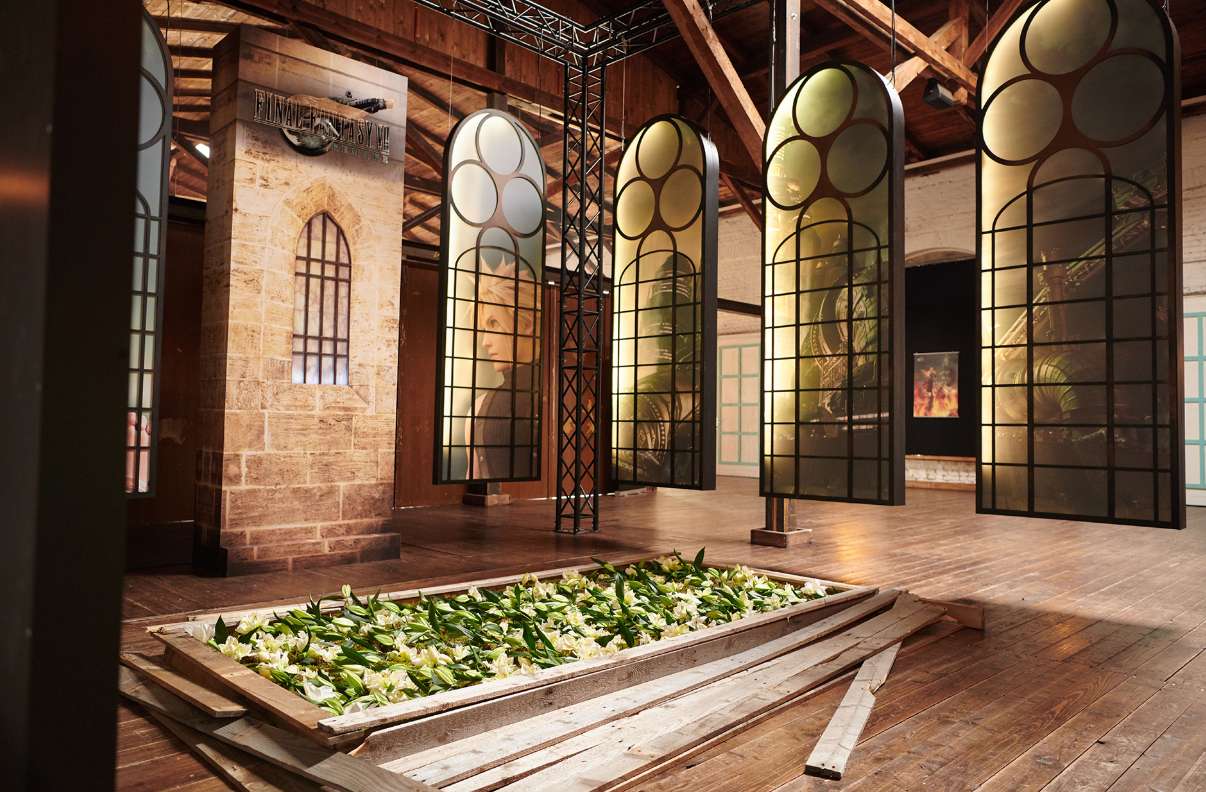 In a rare moment where life imitated art, Final Fantasy VII producer Yoshinori Kitase and co-director Naoki Hamaguchi found a church with a blooming flower bed before its altar.

Fans of the original release of Final Fantasy VII might see the significance of this right away, but newer fans might be astonished to find out just how appropriate this find was for the duo.

We stumbled upon some flowers blooming in a church while #FinalFantasy VII Remake producer Yoshinori Kitase and co-director Naoki Hamaguchi were in Germany this week… 🌼 #FF7R pic.twitter.com/6tz2WWlf0X

One of the most iconic locations in the original Final Fantasy VII on the Sony PlayStation was a church located in Midgar’s Slums. It was here that Cloud meets Aerith, the flower girl.

The interesting thing about this church is that it is one of the only places in the Slums where flowers can grow. There is a blooming flower bed in the center of the floor that Aerith tends to. When Cloud falls through the roof of the church after a mission gone wrong, it is the flowers that cushion his fall.

This location comes into play a lot throughout the mythos of Final Fantasy VII. For starters, it is not only the first place where Cloud meets Aerith, but it is where the team first encounters the Turks, a black-ops division of Shinra.

If the player returns to the church in the third disc using a keycard that could be dug up in the Bone Village, they will see the ghost of Aerith tending the flowers. As Cloud approaches her, she vanishes.

The location was also one of the main backdrops for the Final Fantasy VII sequel film, Advent Children. When the movie begins, Cloud is actually living in the church. Later on, while searching for Cloud, Tifa encounters a powerful enemy in the church and has a truly epic battle amidst the flowers.

Then, in the film’s third act, Coud discovers a hidden spring of healing water sent by Aerith’s spirit beneath the flowers. It is this water that heals Cloud of the Geostigma disease. He then uses that water at the end of the movie to heal everyone else.

It’s interesting that Kitase and Hamaguchi would stumble upon such a sight in Germany, just mere weeks before their game is set to release all over the world.

Originally, Final Fantasy VII Remake was set to release this week, on March 3, 2020. However, Kitase announced in January that in order to perfect the game, he had decided to push its release back to April 10, 2020.

Dec 13, 2020 Kevin J. Kessler 8590
While Final Fantasy VII Remake might have lost out on the Game of The Year award to The Last Of Us: Part 2 at The Game Awards, it managed to snag two...