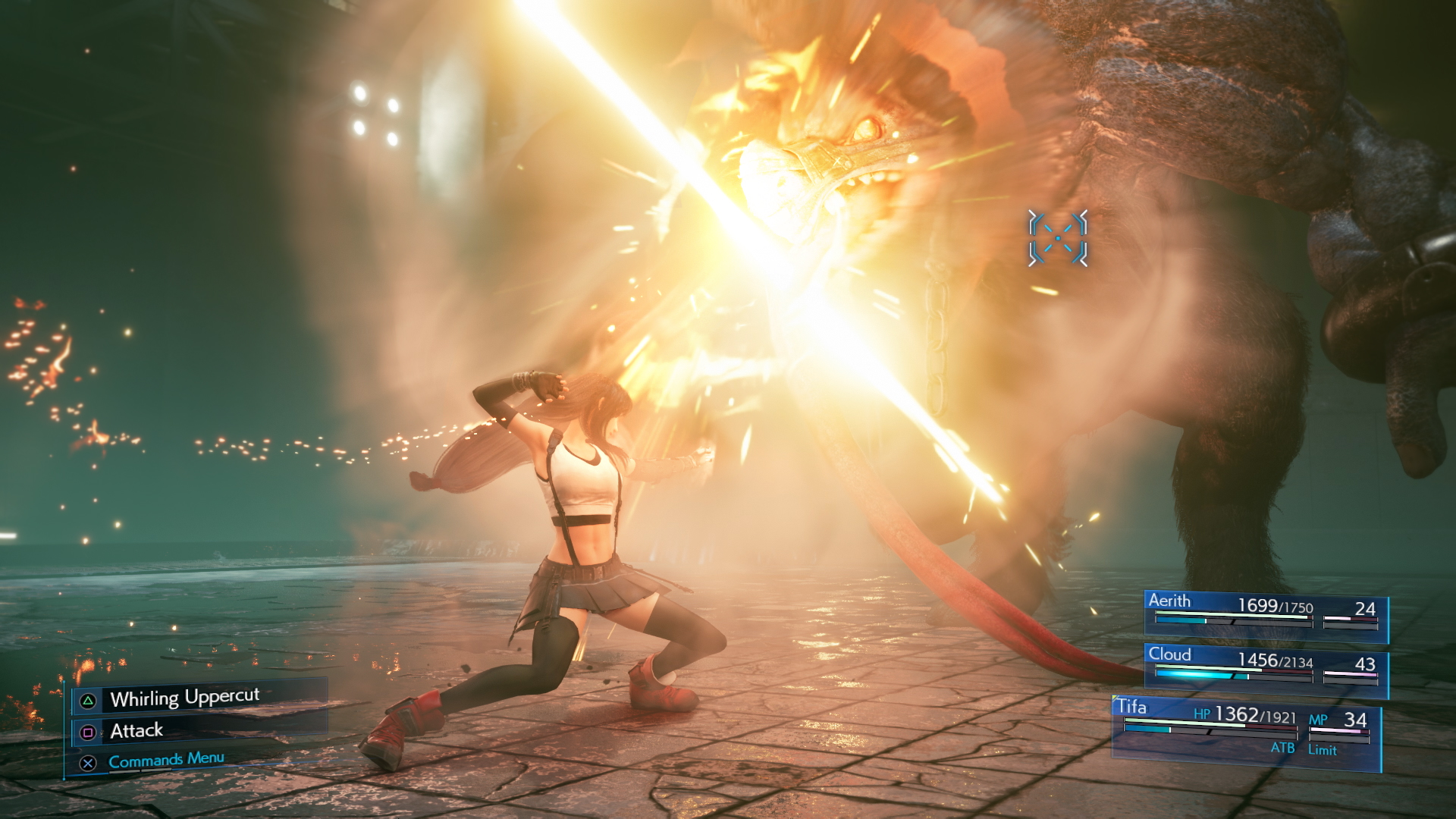 Tifa is one of the most popular characters from the original Final Fantasy VII. Not only is she arguably the second most important hero in the entire game, but she was also one of the main focal points of Final Fantasy VII Advent Children, the sequel movie to the game.

There’s a reason for that. Tifa kicks a whole lot of butt! She’s a martial arts master and the only hero in the entire game that does not use some kind of weapon.

Of course, with the limited capabilities of the 1997 PlayStation One release of the original Final Fantasy VII, Tifa’s typical offense was limited to nothing more than a simple punch and kick with some chained Limit Breaks thrown in.

That’s all changing in Final Fantast VII Remake. Tifa is one of the most capable fighters in the game, and she shows off her prowess in a series of images shared on the game’s official Twitter account.

In the original game, Tifa was no stranger to chained attacks. Her original series of limit breaks worked on a slot machine type system. The player would engage in the selection mini game in order to determine the effectiveness of Tifa’s combo. They could either hit for major damage, moderate damage, or miss all together.

These three strikes are not Tifa’s only trick. Square followed up its initial tweet with one showcasing another amazing series of moves.

True Strike will quickly hit enemies in front of you, and Tifa can also finish off enemies with a tremendously powerful kick from mid-air! #FF7R pic.twitter.com/XSUisLeggW

“True Strike will quickly hit enemies in front of you, and Tifa can also finish off enemies with a tremendously powerful kick from mid-air.”

Tifa holds a special place in the story of Final Fantasy VII. She is Cloud’s childhood friend, and the two share a deep bond that is a result of both friendship and shared trauma. Tifa perhaps has as much of a reason to hate Sephiroth, the game’s ultimate villain, as Cloud, and her motives will hopefully be explored with Final Fantasy VII Remake releases on the PlayStation 4.

The game was originally slated to release this week, scheduled for March 3, 2020. However, to give developers a little more time to truly perfect the experience, Square Enix decided to push the release date back by five weeks.

Final Fantasy VII Remake's Producer and Co-Director Come Across A Church With A Flower Bed In Germany, Much Like In The Game