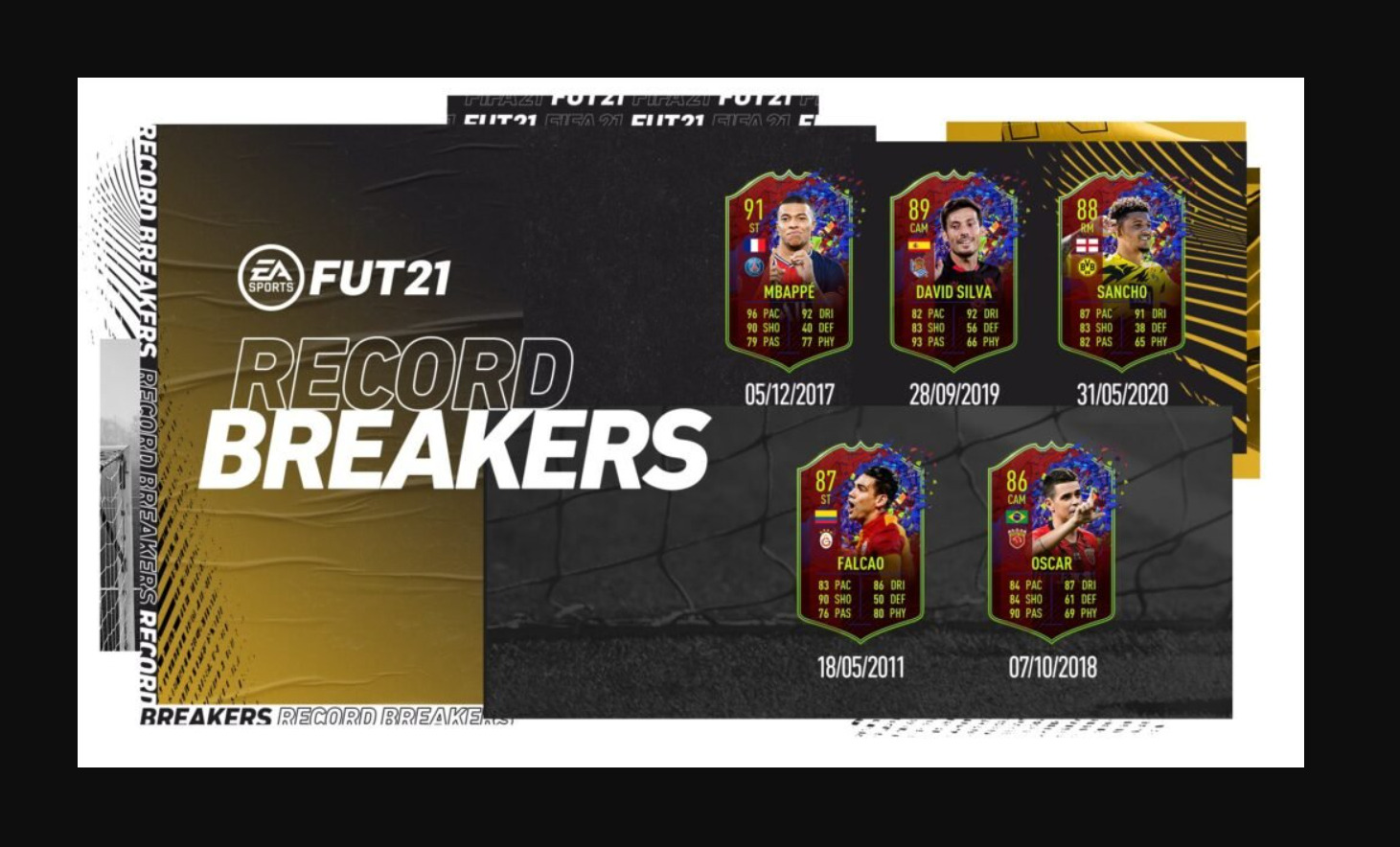 It’s that time of year again. The Black Friday Promotion in FIFA 21 is just getting started, this time with 5 Record Breaker promo cards, including a 91-rated Mbappe. Promo packs will hit the store with an uncomfortable regularity this weekend, and you better be playing the game 24-hours a day or you’ll miss the Flash SBCs

The first SBC is currently up for two-and-a-half hours and you can get your hands on a Jumbo Premium Gold Pack (wow). Thankfully, EA has changed the packs to be tradeable during this period, which means if you do manage to land some insane player you can at least make some coins.

RELATED: Goodbye Productivity - RuneScape Announced As Coming To Steam On October 14 With RS3

If you wondered why Mbappe hadn’t received a TOTW card yet (although scoring goals all over the place in Ligue 1) this is why: EA wants your money. There’s no surprise the first boosted Mbappe arrives during the Black Friday event, where there are refreshed promo packs throughout the weekend.

The card receives a small boost, but it’s definitely a boost, with an increase of 4 shooting. All the card’s other stats get a +1 boost except for pace because does he really need to be any faster?

Falcao, David Silva, Oscar, and Sancho make up the rest of the other Record Breaker cards. Some in the community are a little disappointed in the Sancho card, as some were expecting it to be Dortmund’s other English wonderkid, Jude Bellingham, England’s youngest capped player.

That puts the total number of promo cards to…five. EA definitely knows what they’re doing – getting your hands on one of these cards is going to require a lot of luck, and a whole lot of packs.

Flash SBCs and presumably some player SBCs will continue to go live around the clock this weekend, which means you’ll at least have a chance of packing something decent from them. Although the promo cards are essentially a money-grab by EA, the SBCs are actually pretty good value.

This is a good time to stock your club, choose your SBCs wisely, and most of all – try not to buy many packs, it’s just not worth it. Good luck in getting your hands on one of these cards.