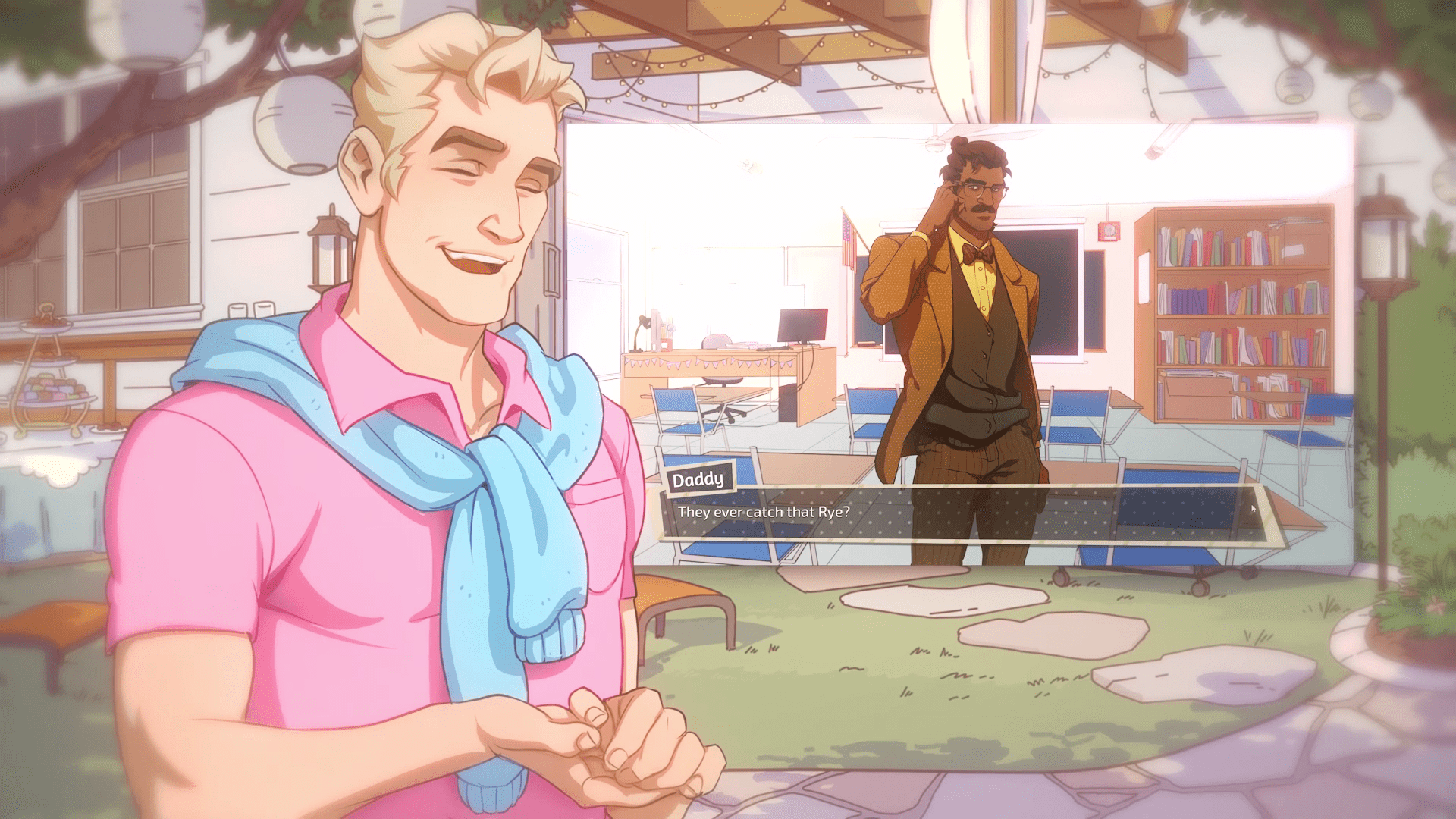 In what was perhaps a late Father’s Day reveal, developers GameGrumps announced their dad dating simulator, Dream Daddy, will soon be available for the Nintendo Switch and iOS/Android. The popular game was only available to play on PC/Mac and PS4 before the announcement but will now be available everywhere except the Xbox One.

Dream Daddy, which currently sports a VERY POSITIVE rating on Steam, was initially released back in July of 2017 to much acclaim. The concept of the game is essentially no different from other games in the dating sim genre, but Dream Daddy subverts current trends by being a game that focuses on older, male characters rather than young women. Most other dating sims typically revolve around youthful, socially-awkward boys trying to get a date with anime girls.

Dream Daddy came out after the internet memeified the sexual connotation of the term ‘daddy’ in 2016 into a widespread joke and an appellation for a likable male figure. GameGrumps’ dating sim attempts to make light of the same subject with jokes and puns. So players can explain away any potential shame that involves playing a dating sim by claiming they’re only there for the laughs.

Happy Father's Day to those celebrating! Would you folks share with us some nice or funny stories about your dad or the dad-ly figures in your life? We just wanna spread some positive vibes for today!

Most dating sims center on visual-novel gameplay where players get to choose their own adventure—beyond that visual novel core, every game offers different gimmicks for advancing the story: puzzle-solving, RPG-style skill and attributes advancement, or turn-based combat. And yet, even with numerous possibilties for gameplay, the genre has garnered limited public exposure within the United States throughout its history.

But despite the lack of popularity, a hardcore fanbase in the U.S. has found ways to get their hands on the Japanese versions of the games. Some even work for free to provide publicly available English translations for the more favorite series from across the pond.

Games like Dream Daddy have helped to open up the market within the US by offering a dating sim produced by US developers. It is also not as risque as other titles within the genre—Dream Daddy contains no nudity and has only a T for Teen rating from the ESRB. Both of these have elevated the critical success of the game in a genre not widely known by American players.

No official date has been announced for when Dream Daddy will be released for the Switch and mobile phones, so keep an eye out if Dream Daddy piques your interest.