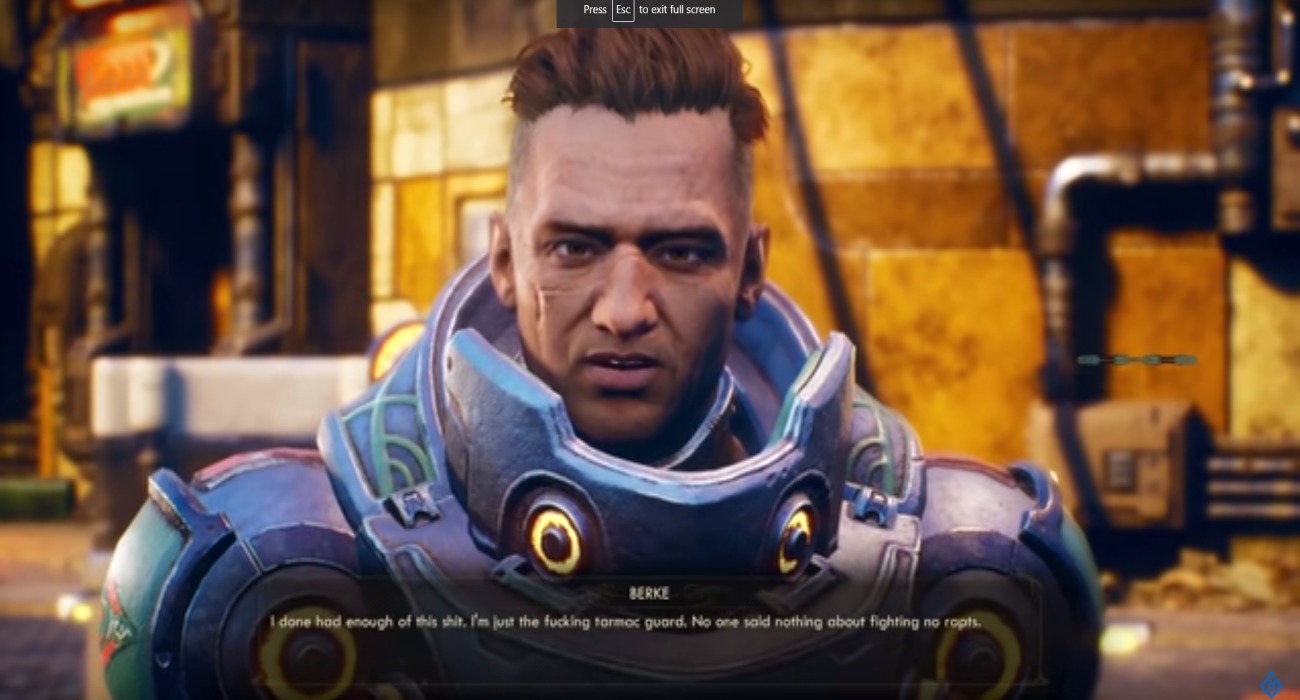 There were a lot of great games to come out of E3 this year. One of the more intriguing was The Outer Worlds. This upcoming RPG — which is being developed by Obsidian Entertainment — has garnered a lot of buzz for its massive scale and unique planets that you’ll be able to explore.

It looks a lot like the Fallout games, only with way more things to see and do. That’s amazing news if you’ve been a fan of Bethesda over the years. The company struggled with Fallout 76, a game that seem half-baked and lacking in terms of story development. The Outer Worlds has the chance to redeem the RPG genre in a major way.

Although there wasn’t a lot of gameplay footage this year at E3, Obsidian Entertainment decided to give fans an appetizer in the form of 20 minutes of actual gameplay footage. Let’s dive deep into it and understand why so many people are high on this upcoming RPG.

Starting off, a lot of time and effort were clearly put into this game. The amount of detail shown in the spacecraft alone is impressive to see. It shows that this project was a labor of love for the developers. We see the user walk through various components of the ship. This is probably your station, a place you’ll go to a lot to regroup and adjust your character before taking off to new worlds.

Early on, this game draws a lot of comparisons to Fallout: New Vegas. This is great to see because this title is one of the best in the Fallout series. Only, The Outer Worlds seems even more detailed and rich with personality.

The dialogue shown seems good. The characters that you’ll be interacting with have their own unique personality, thus giving weight to what they say. It seems like you’ll have the chance to steer the conversation in whatever way you want. You’ll thus probably have the ability to increase your social influencer skill, making characters do what you want.

When the user does go outside the ship, we’re treated to a beautifully rendered planet. You can see mountains, trees, and even a huge planet with a ring around it in the distance. These details are very impressive and help build excitement for how massive this game could be.

The NPCs also seem pretty interesting — which is always great to see in an RPG. It should give you added drive to explore and learn more about the unique characters in this world. Overall, this gameplay footage shows the direction Obsidian Entertainment is going in, and it seems like they’re on the right track.