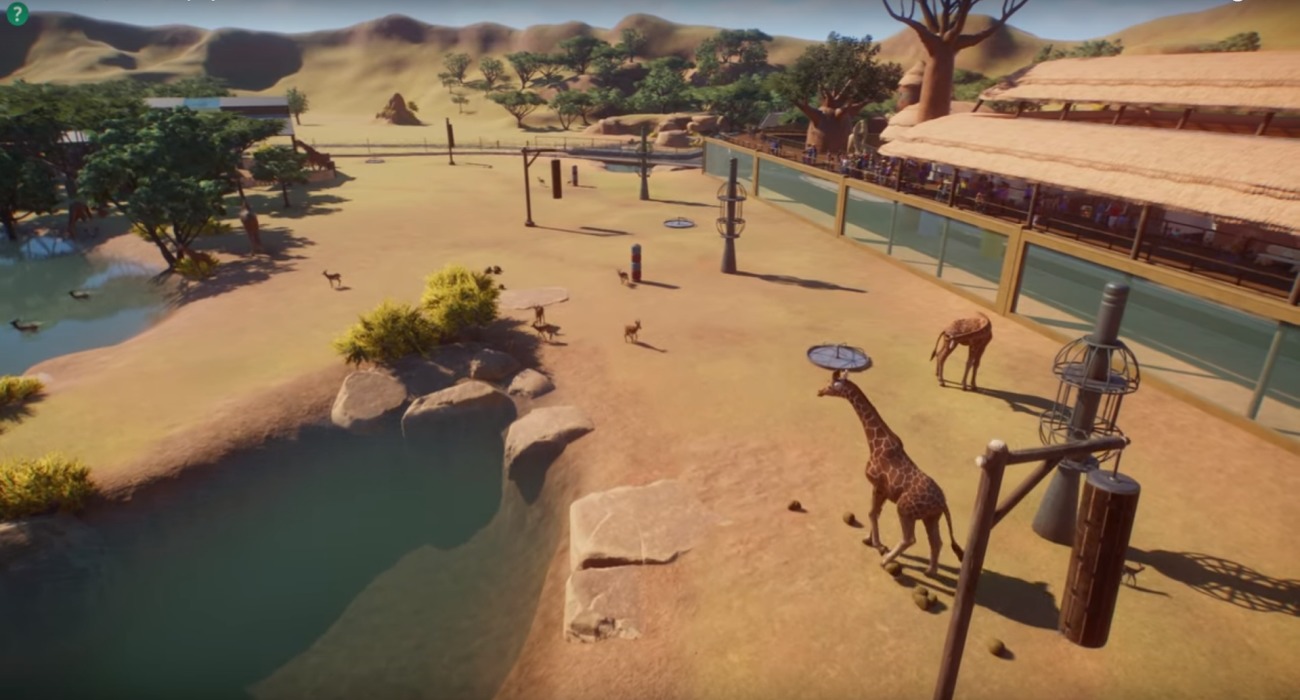 If you’ve ever been to a zoo, you probably remember all of the cool animals and exhibits that were on display. Zoos give you the chance to interact with some pretty cool species. Now, thanks to the developers at Frontier Developments plc, you can experience the awesomeness that today’s zoos provide from the comforts of home.

Their game — called Planet Zoo — is a pretty spot-on simulator of a zoo. There are plenty of animals to interact with, including alligators, zebras, giraffes, and even cheetahs. We got a sneak-peak of 17 minutes of gameplay footage, which came from this year’s E3.

The developers start off by talking a little bit about the park. It looks beautifully designed, featuring different areas that you would expect in an actual zoo. The graphics are pretty great. There are plenty of details in the animals and people walking around taking in the sights.

Every animal featured in this zoo simulator is designed with authenticity in mind. The smallest details are considered, from the way an animal walks in real life to the way their fur and colors look. Such details just add to your immersion into this fantastic world. You really do feel like you’re at an actual zoo, only you can enjoy these animals from home and save a fortune.

A specific example of the immense detail in this game was shown in the giraffe exhibit. It has a safari-like design, featuring plenty of room to graze for the animals. The giraffes look exceptional. Even their small ear twitches are spot-on compared to what you would find in the wild or at a zoo exhibit.

The behavior of the animals are also authentic. For example, animals that are social by nature will graze together. This was shown with the giraffe colony. It’s quite amazing to see how much time and effort the developers at Frontier put into this game. It’s quite refreshing and helped Planet Zoo steal the show at E3 in many regards.

The game is currently set to come out on November 5, 2019 for PC. It seems like a fun title that will give you plenty of opportunities to experience a zoo-like atmosphere like never before. If you enjoy animals and learning about their natural environments, Planet Zoo seems like a great title to add to your collection. One can only imagine the unforgettable experiences you’ll have access to once the game officially launches.