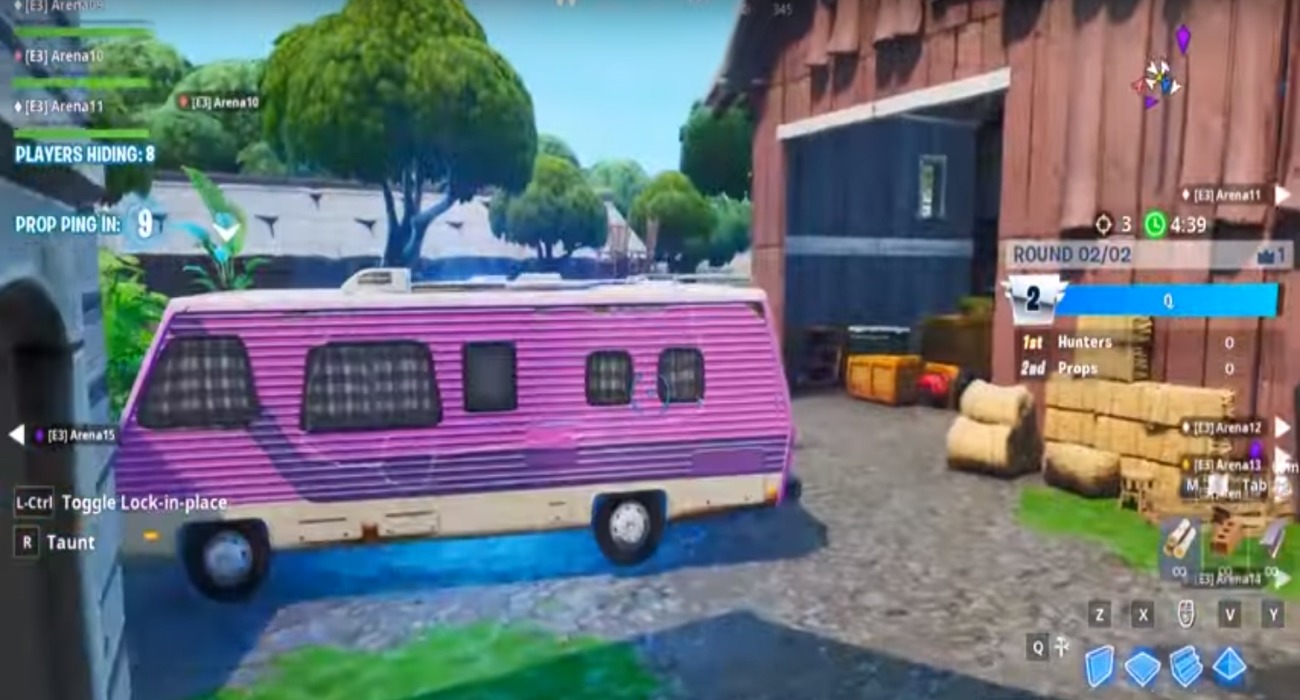 Fortnite originally released back in 2017. Two years has passed and even still, it’s one of the most popular video games. It put battle royale on the map, paving the way for so many other great titles including Apex Legends and Battlefield Firestorm.

One reason it has been so successful is the constant modes it gets. It seems every month a new mode comes out from the developers at Epic Games. They’re coming off the huge Avengers mode, which featured weapons from some of the most iconic superheroes and of course, the purple titan Thanos.

Now, Fortnite is getting a new Prop Hunt mode. It’s essentially like hide and seek. A team of players have the chance to disguise themselves as objects on a map. The other team has to explore and find objects they think the opposing team turned themselves into.

It’s a great concept that we originally saw in Gary’s Mod. Only, this new Fortnite mode will have an interesting twist that should up the stakes for players. More specifically, the mode will have one team looking for coins and another team trying to kill the coin collectors.

As a defense, the coin collectors can disguise themselves as objects. The coin hunters thus must use their critical-thinking skills if they hope to come out on top. Already, this mode seems like a great addition. It should lead to some fun experiences for both sides.

Each match will include two modes that last five minutes each. Teams will need to work together if they hope to prevail. As far as the objects that coin collectors can turn themselves into, there are many options to choose from. These include potted plants, flamingo lawn decor, and even trash cans.

The mode will take place in a special arena, which will be littered with all sorts of objects. Finding the coin collectors thus will not be as easy as it seems. Just when you think you have the heads-up on an opponent, they can shuffle to a nearby object and transform into it. This can happen at any moment, so coin killers will need to keep their guard up at all times.

Prop Hunt seems like it will be extremely successful out of the gate. Even if you’ve never played Fortnite before, this new mode could be exactly what you need to get sucked in. It should draw a lot of new users when it does officially release.