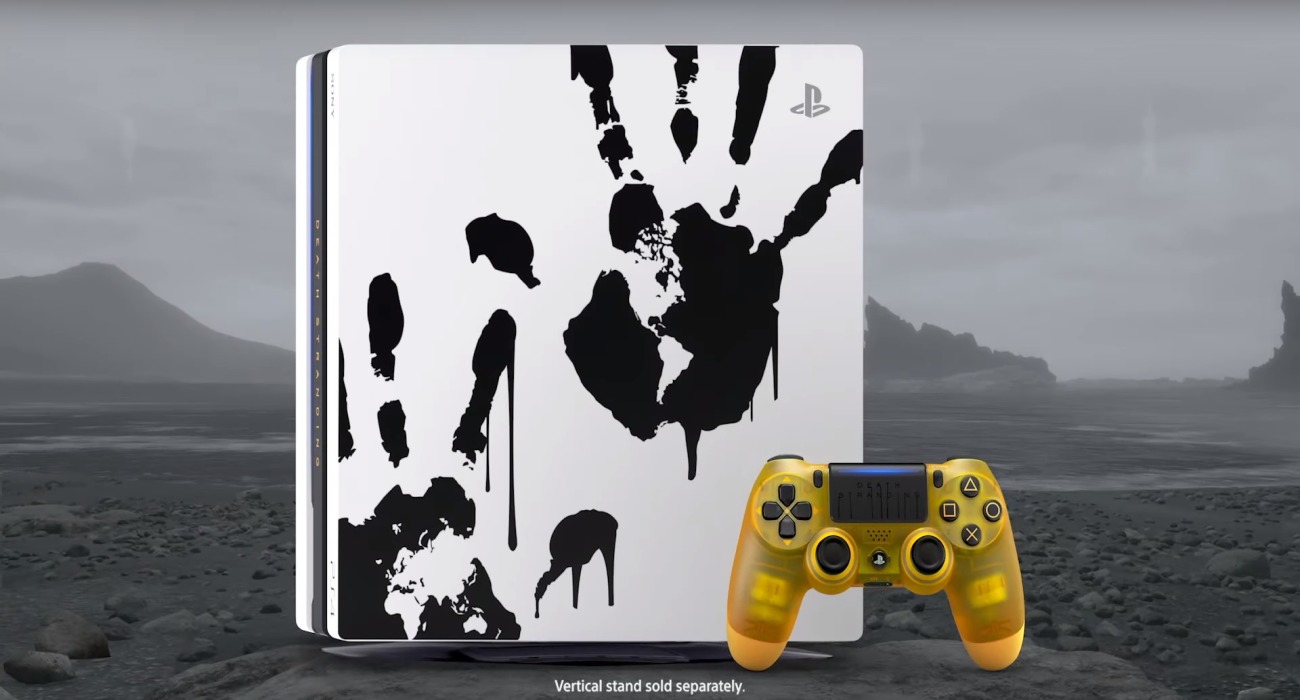 PlayStation’s latest State of Play kicked off yesterday via live stream. During this presentation, we learned a little bit more about some highly anticipated games. One of those titles was Death Stranding, the latest work from Hideo Kojima. This action-adventure game is generating a lot of excitement, so much so that a Death Stranding-Themed PS4 Pro console and controller are actually in the works.

It’s being released by Sony on the same day of Death Stranding’s release. Both the console and controller look exceptionally unique. The PS4 Pro console is decked out in a white matte finish with black hand prints on top. They give off an appropriately eerie vibe that perfectly embodies the thematic elements in this game.

According to Sony, the fingerprints represent the world’s continents. It’s quite an interesting visual that really sets this PS4 Pro apart from its predecessors. As far as the DualShock 4 controller, it has a clear gold design. The inspiration for it is the pod that holds the baby that Norman Reedus’ character Sam carries around in the game. The visuals are pretty spot-on. In the center, the words Death Stranding are featured.

It’s interesting to compare the actual controller to the one featured in the teaser trailer during State of Play. In that video, the controller seemed to house the baby BB. It was a striking visual that garnered a lot of attention. However, it seems Sony scrapped the idea for something a little more traditional. You can’t really blame them either. Playing with a DualShock 4 controller with a baby trapped inside sounds pretty unnerving.

If you’re interesting in picking up this unique bundle, it will be available at Best Buy for $399. The bundle includes a copy of Death Stranding. It seems like the perfect package if you’re eagerly anticipating this game and don’t have a PS4 just yet. Even if you do, the themed aesthetics may be worth the price of admission.

This latest announcement is an excellent marketing tactic from Sony and the developers at Kojima Productions. It keeps this game in the news cycle and continues to push its interesting themes. The game is so unique that it almost begs to be played, even if you’re not a fan of these sort of games. We’re just a month out from its release. It has the chance to change the way action-adventure games are made. If it does well, you can bet there will be a sequel.