Marvelous has announced the official PlayStation 4 and Nintendo Switch release of Dead or School, which was previously released on Steam. The title was developed by Studio Nanafushi and released on Steam last year.

Dead or School is a zombie-themed game where players must fight their way through the infected streets of Tokyo.

The official story from the developer states, “Zombies conquered the land of Tokyo. Without hope, in underground shelters, people lived quietly. Hisako, a girl who grew up underground, heard the word “school” from her grandmother. School is where children play and learn. It is a paradise for young people. The best place to spend their youth. Hisako dreamed of this “school,” and one day, she was on an underground train heading above ground. What awaits her? Despair…”

In Dead or School, Hisako will defeat zombies and other tough creators to grow her skills. Her final goal is to make many friends and attend school, even though she doesn’t like studying. She can collect various items to create more powerful weapons to aid her in battle.

Damage to Hisako is shown as “visual effects” to her character model. Hisako is a human and can be defeated by the enemies wandering the surface.

The game has weapon customization, where Hisako can mix and match weapons to make new items. Each item has various stats, such as Attack, Weight, and Rare effects. Special attacks can be launched depending on the weapons Hisako crafts.

Hisako travels through various districts in Tokyo, including Shinjuku, Asakusa, Akihabara, and Roppongi. Within each district, she’ll meet other people who need help. She can rescue various refugees, which are collected in a notepad. All of the refugees have detailed information regarding their skills and backgrounds.

Dead or School was born partly to an IndieGoGo crowdfunding campaign in 2016. The project was planned for launch one year later but was delayed. It was moved into Early Access on Steam in July 2018 and was released one year later.

Though the game was released on Steam, there’s no additional DLC. Only the base game is currently available. Though the game will be released both digitally and physically in Europe, only a digital release is planned in North America.

Dead or School will launch on the PlayStation 4 and Nintendo Switch on March 13, 2020. 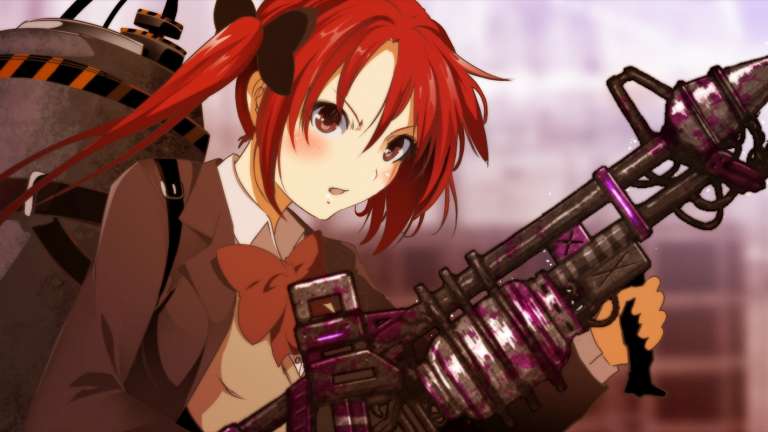 Feb 25, 2020 Lisa Nguyen 4960
Marvelous has announced the official PlayStation 4 and Nintendo Switch release of Dead or School, which was previously released on Steam. The title...