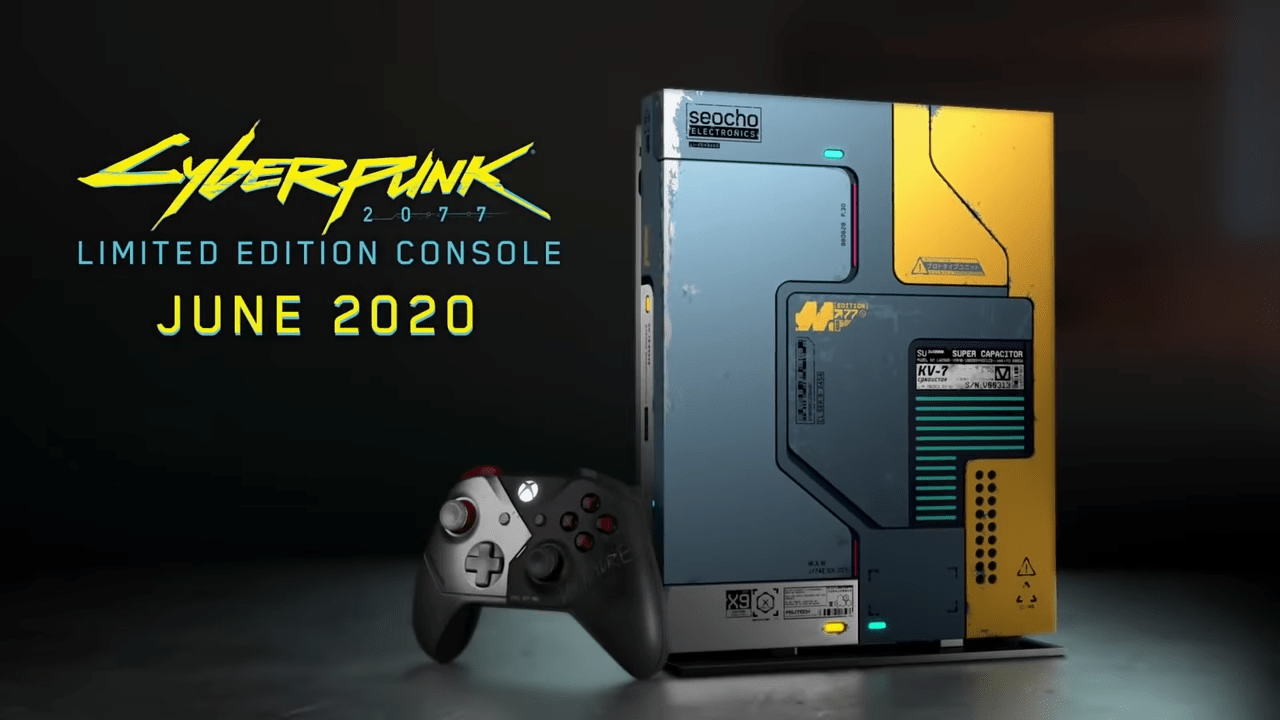 Microsoft has unveiled plans to release a Cyberpunk 2077-inspired limited edition of the Xbox One X. In true cyberpunk fashion, the reveal was teased with a cryptic trailer; glitching on the screen followed by a timer counting down, and a message that read “break the code.” Fans worked in tandem to break the code, and they were rewarded with the actual trailer showcasing the new limited edition console.

The new edition console and the previously leaked controller both look fresh out of Night City. The console features custom yellow panels that highlight the game’s unique setting; a refurbished, scratched-paint look seemingly of a metal hatch to a cramped futuristic apartment. The top left of the panel reads, “SEOCHO.” Complimenting the futuristic look of the console, the previously-leaked controller features a Johnny Silverhand aesthetic. The controller is half black and half silver, with red trim throughout, a scrawled glow-in-the-dark message reading, “NO FUTURE,” and the Arasaka logo, a security corporation in the world of Cyberpunk.

The trailer reveal comes ahead of accidentally leaked images of both the console and controllers by separate retailers, thought the images were quickly taken down prior to the trailer reveal. The bundle is to be available for purchase as of June 2020, 3 months ahead of the September 17 release of Cyberpunk 2077. The bundle will also come with a digital copy of the game.

It seems that the release for the limited-edition console was pushed back after it was revealed late last year that CD Projekt Red wouldn’t be making the April deadline. CDPR opted to delay the game, despite admitting it was in a playable state saying, “We are currently at a stage where the game is complete and playable, but there’s still work to be done, Night City is massive – full of stories, content, and places to visit, but due to the sheer scale and complexity of it all, we need more time to finish playtesting, fixing, and polishing. We want Cyberpunk 2077 to be our crowning achievement for this generation, and postponing launch will give us the precious months we need to make the game perfect.”

Cyberpunk 2077 is a futuristic RPG based on the tabletop game of the same name. For more information on the game, DLC plans, and news, visit the official Cyberpunk 2077 website.